Post-Pandemic Profits on the Upturn

Shipments have been slowly climbing back from the pandemic recession of 2020, but profits have been on a sharp upturn. However there still remains a bit of a profitability gap between the two major asset class distinctions. 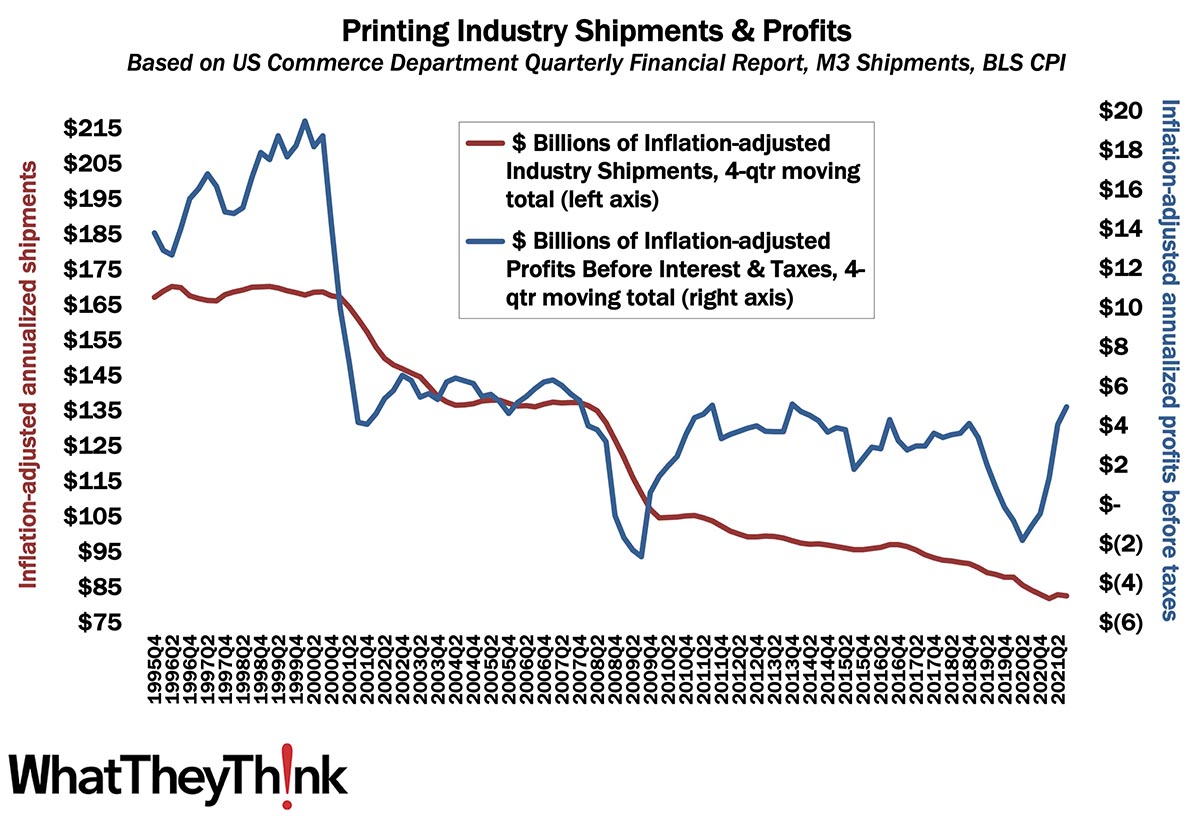 We haven’t had a look at printing industry profits in a while, so here is the most recent data (Q3 2021).

If you have been following our updates on the value of shipments for the printing industry, you know that this year hasn’t been all that bad—all things considered. However, profits have taken a sharp upturn as of the middle of 2020. Annualized profits for Q3 2021 came in at $4.96 billion, up from $4.07 billion in Q2.

So, in Q3 2021, for large printers (those with more than $50 million in assets), profits before taxes had been +3.06% of revenues, a decided improvement from all quarters going back to at least Q4 2019. For smaller printers (less than $50 million in assets), profits before taxes in Q3 were +12.12% of revenues, an increase from Q2 2021, but not quite at the anomalously high level of $14.08% in Q1. We had been referring to the disparity between “big” and “small” printers as our “Tale of Two Cities” since there had been a great profit disparity between those two asset classes, although the Census Bureau’s adjustment to $50 million as the break point (see below) now disrupts that narrative a bit. So in Q3 2021, big printers did a little worse profitwise, while smaller printers did a little better, which means that, for the industry on average, profits before taxes were +6.76% of revenues, down from Q2’s +8.55%. For the last six quarters, profits have averaged +3.61% of revenues.