Fabric that responds to its wearer. I got my soul shoes on my feet. (Maybe.) The world’s first photographed human. An E Ink typewriter that only does one thing...like a typewriter. The earliest book covers. The calming sound of a dot matrix printer. All that and more in WhatTheyThink’s weekly miscellany.

How cool (or not) is this: fabric that responds to its wearer, regulating heating and cooling. This development from the University of Maryland could make humans more comfortable under a variety of temperature conditions and eliminate the fight over who controls the thermostat—or the blankets.

Nike's stock falls after Duke star is hurt as his sneaker comes apart.

Don’t ever let anyone tell you we didn’t see it coming. Says Recode:

New estimates from eMarketer show that US advertisers will spend more than $129 billion on digital advertising in 2019 — more than the $109 billion they plan to spend on “traditional” advertising. 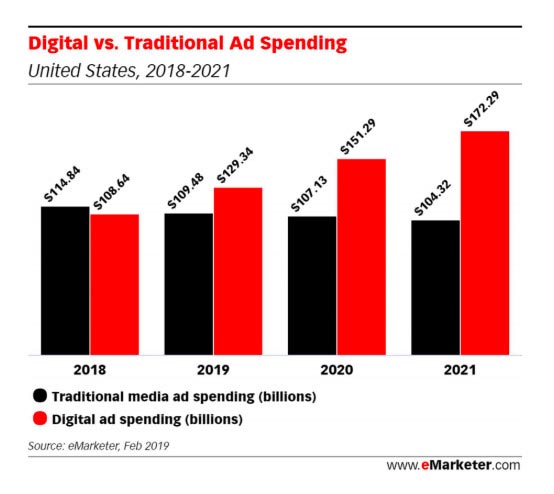 Yo Ho Ho and...Well, Maybe Not

We received this dispatch from the Caribbean:

“The main brugal rum factory and warehouse in Puerto plata burned down!”

Help me, Captain Morgan! You’re my only hope!

This 1838 photograph by Daguerre is believed to be the earliest surviving photograph of a person. This blurry figure probably didn't realise he was making history when he stopped to get his boots cleaned. pic.twitter.com/25euJo5FiL

Here’s an acronym to be reckoned with: SPUD (Single-Purpose User Device). An example of which is the SPUDwrite:

As a person who does all of their engineering work on or adjacent to a computer, the idea of coming home and spending even MORE time on the computer for creative writing isn’t super appealing. So I made an e-paper typewriter – no browser, no games, just you and your word count. It has a character LCD at the bottom for the current line you’re typing, to make up for how slow E-paper updates, and when you’re finished you can save your file to an SD card or print it all out with the internal thermal receipt printer for redline editing.

There could be something to that. 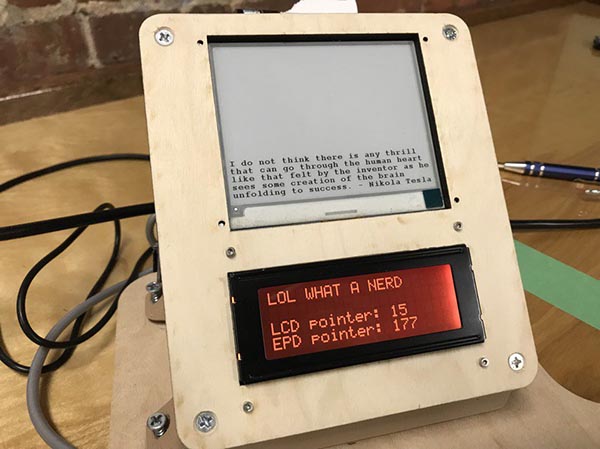 This is the best thing on the electric Twitter machine today. https://t.co/Et2ItKoVVJ

Surprising as it may seem, the book cover is actually far younger than the book itself. From Public Domain Review:

Inspired by rising literacy rates and advancing technologies, the nineteenth century saw the book transform from a largely hand-made object to a mass-produced product. In this new environment the book cover took on added importance: it was no longer merely a functional protection for the pages but instead became a key platform through which to communicate and sell the book. Prior to this covers had — bar a smattering of highly bespoke one-off creations (e.g. embroidered covers for personal libraries) — mostly been plain leather bound affairs. From the 1820s, with the rise of mechanical bookbinding, these leather covers of old gave way to new cloth coverings which, in addition to being inexpensive, were now also printable. A wide variety of cover printing techniques were employed over the decades: from embossing to gilt to multi-colour lithography. A totally new artistic space was opened up. As you can see in our highlights below it was one in which illustrators and designers flourished, producing a range of covers as eclectic in aesthetic approach as the myriad contents they fronted.

So, to that end, Public Domain Review has published a bunch of it favorite covers from the first 100 years of the book cover.

There are those of us who have difficulty falling asleep without some kind of white noise in the room. Those of us who remember the sound a dot matrix printer made (or have stayed in hotel or rented a car in the last year) know that it will do quite nicely. Via Boingboing:

In 2008 there was a federal court case called 'United States v. Approximately 64,695 Pounds of Shark Fins'. The United States lost.

1745: Italian physicist and inventor of the battery Alessandro Volta born.

1885: Adventures of Huckleberry Finn by Mark Twain is published in the United States.

1930: Elm Farm Ollie becomes the first cow to fly in a fixed-wing aircraft and also the first cow to be milked in an aircraft. (That’s why you never want to be in Southwest’s C boarding group.)

1847: The first group of rescuers reaches the Donner Party. They politely decline a dinner invitation.

1949: Ezra Pound is awarded the first Bollingen Prize in poetry by the Bollingen Foundation and Yale University.

1953: Georgia approves the first literature censorship board in the United States.

1963: The publication of Betty Friedan’s The Feminine Mystique reawakens the feminist movement in the United States as women's organizations and consciousness raising groups spread.

1816: Rossini’s opera The Barber of Seville premieres at the Teatro Argentina in Rome.

1872: The Metropolitan Museum of Art opens in New York City.

1877: Tchaikovsky’s ballet Swan Lake receives its premiere at the Bolshoi Theatre in Moscow.

1926: American author and screenwriter Richard Matheson born. He was legend.

1933: The U.S. Congress approves the Blaine Act to repeal federal Prohibition in the United States, sending the Twenty-first Amendment to the United States Constitution to state ratifying conventions for approval. And there was much rejoicing throughout the land.

1962 : While aboard Friendship 7, John Glenn becomes the first American to orbit the earth, making three orbits in four hours, 55 minutes.

1804: The first self-propelling steam locomotive makes its outing at the Pen-y-Darren Ironworks in Wales.

1828: Initial issue of the Cherokee Phoenix is the first periodical to use the Cherokee syllabary invented by Sequoyah.

1842: John Greenough is granted the first U.S. patent for the sewing machine.

1878: The first telephone directory is issued in New Haven, Conn.

1947: In New York City, Edwin Land demonstrates the first “instant camera,” the Polaroid Land Camera, to a meeting of the Optical Society of America.

1958: The CND symbol, aka peace symbol, commissioned by the Direct Action Committee in protest against the Atomic Weapons Research Establishment, is designed and completed by Gerald Holtom.

1878: In Utica, N.Y., Frank Woolworth opens the first of many of five-and-dime Woolworth stores.

1924: U.S. President Calvin Coolidge becomes the first President to deliver a radio address from the White House. We bet it was riveting.

1983: The notorious Broadway flop Moose Murders opens and closes on the same night at the Eugene O’Neill Theatre.

1455: Traditional date for the publication of the Gutenberg Bible, the first Western book printed with movable type.

1898: Émile Zola is imprisoned in France after writing J’Accuse…!, a letter accusing the French government of antisemitism and wrongfully imprisoning Captain Alfred Dreyfus.

1927; U.S. President Calvin Coolidge signs a bill by Congress establishing the Federal Radio Commission (later replaced by the Federal Communications Commission) which was to regulate the use of radio frequencies in the United States.

1607: L’Orfeo by Claudio Monteverdi, one of the first works recognized as an opera, receives its première performance.

1854: A Penny Red with perforations was the first perforated postage stamp to be officially issued for distribution.

1989: Ayatollah Ruhollah Khomeini issues a fatwaand offers a USD $3 million bounty for the death of Salman Rushdie, author of The Satanic Verses.