Design question for you. Look at these two squares. Which one has all four strokes of equal thickness? Answer: the one on the left. And yet, the one on the right appears to have all four sides equally thick, despite the fact that the vertical strokes are almost 7% thicker than the horizontal strokes.

Typography.com features a reference to a recent study in Vision magazine that found that we don’t perceive horizontal and vertical lines similarly: most people overestimate the thickness of horizontal lines. Any type designer will tell you this; designing a capital sans serif H, for example, requires that the crossbar be thinner than the two vertical strokes.

Why would this be? There are cultural reasons stemming from Western civilization’s typographic descent from calligraphy. But the Vision study posits a physiological explanation, and one that underpins optical illusions in general:

because our brains evolved to reckon with the three-dimensional world, the expectations that bring to bear upon two-dimensional forms often don’t apply. When there’s a disconnect between what we see and what we expect to see, we experience this as an optical illusion.

Over at Vox, a look at the origin and renaissance of Lydian, a humanist sans serif typeface designed in 1938 by Warren Chappell (and named for his wife Lydia). Early uses included the cover of James Joyce’s Finnegans Wake, but it wasn’t until Grosset & Dunlap art director Ted Tedesco used it on the cover of the redesigned Nancy Drew series in 1946 that the face took off, where it became prominently used on the covers of the pulp novels of the day.

It faded away after a while, but if you have been in a bookstore recently, you may have suddenly started seeing it more and more—and now it appears to be everywhere. 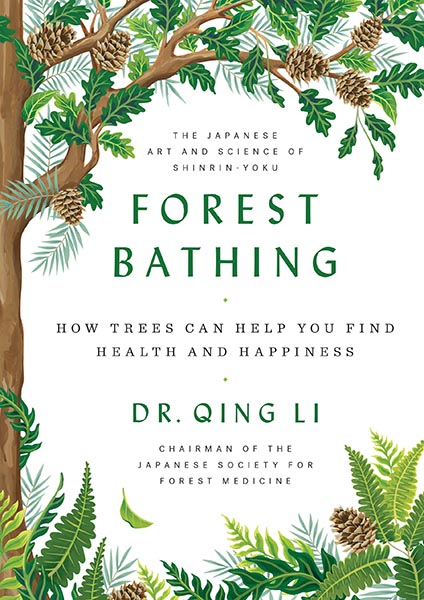 (It was used on the cover of the book Forest Bathing by Qing Li, a guide to using trees to improve health, and which suddenly explains our internal Slack status message that has perplexed some of us.)

Why has Lydian returned in force?

Lydian has an academic implication, possibly because it was used all over official documents for the International Baccalaureate — the liberal arts-centric alternative to high school AP programs — until 2007. In its first era of popularity, it was all pop and pulp, but now it seems reserved for the task of adding just the slightest bit of a smirk to extremely straight-faced endeavors: elegant magazines, important books, experimental theater, and $80 ceramic pipes.

These posh pajamas combine ultra-fine merino wool, known for its natural thermoregulatory properties, with a plant-based fiber extracted from eucalyptus trees, which is capable of absorbing sweat three times faster than merino alone. (Have you ever seen a sweaty koala?) How much is deep sleep worth to you? These pricey pjs come it at nearly $150. In theory you’ll sleep better, although persistent thoughts of imminent economic ruin may make it a wash.

An oldie but a goodie.

If you are a runner or otherwise involved in fitness, you know that technology has become integral to the process, whether it’s using GPS devices to track your runs, heart rate monitors and corresponding apps to ensure a quality workout, or even watches that irritatingly prod you to “stand up now” or “close your rings.” Some of those training technologies and apps have been developed by Nike, known primarily for sneakers.

Now Nike has the two great tastes that taste great together: apps and footwear are merging. Nike has developed a sneaker that is not just a shoe, but is a whole technology platform. The Adapt BB shoe (“BB” stands for “basketball”) incorporates what the company calls Power Laces. Essentially, the Adapt BB, as per its name, can “self-tighten”—say, as you’re leaping up toward the basket—and even change shape dynamically on the wearer’s foot. And it also includes sensors and software that also track your activity the way Nike’s other apps do, as well.

The Adapt BB hits the streets on February 17 and will retail for—yikes—$350. You may have to put off buying the Sleepdeep pajamas...

If you have ever seen the excellent and dead-on HBO series Silicon Valley, you know the often contentious relationship that start-up businesses have with venture capitalists. These days, says a story in last week’s New York Times, more and more start-ups are resisting VCs.

The V.C. business model, on which much of the modern tech industry was built, is simple: Start-ups raise piles of money from investors, and then use the cash to grow aggressively — faster than the competition, faster than regulators, faster than most normal businesses would consider sane. Larger and larger rounds of funding follow.

The end goal is to sell or go public, producing astonishing returns for early investors. The setup has spawned household names like Facebook, Google and Uber, as well as hundreds of other so-called unicorn companies valued at more than $1 billion.

However, not every company is a Facebook or an Uber (thankfully).

But for every unicorn, there are countless other start-ups that grew too fast, burned through investors’ money and died — possibly unnecessarily.

Start-up business plans are designed for the rosiest possible outcome, and the money intensifies both successes and failures. Social media is littered with tales of companies that withered under the pressure of hypergrowth, were crushed by so-called “toxic V.C.s” or were forced to raise too much venture capital — something known as the “foie gras effect.”

Now a counter movement, led by entrepreneurs who are jaded by the traditional playbook, is rejecting that model. While still a small part of the start-up community, these founders have become more vocal in the last year as they connect venture capitalists’ insatiable appetite for growth to the tech industry’s myriad crises.

It’s not easy to make the alternatives work, but today’s entrepreneurs are increasingly looking to grow their businesses on their own terms.

One of the more curious items in the history of bookbinding is what is known as the dos-à-dos (or “back-to-back”) book. It was two books bound together such that, when you were done with one book, you flipped it, and could read a second book. Recently, Boing Boing had a post on a 16th-century book in the collection of the National Library of Sweden that is a sixfold dos-à-dos book. Yep, it was six, six books in one, all of them bound together in one volume in such a way that it could be opened six ways to read each of the six texts. They were devotional texts printed in Germany. 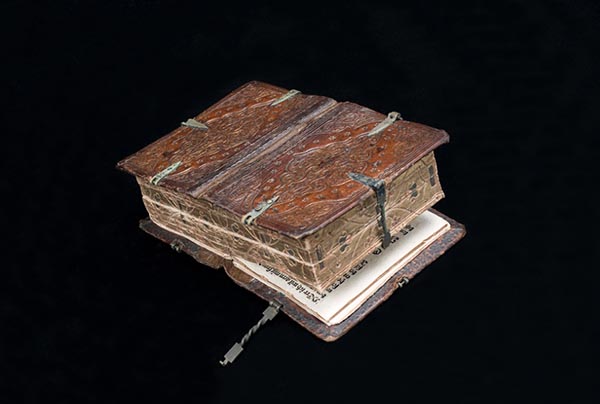 A common teenage (we hope) prank is to steal street signs. As dangerous and stupid as it may be (think about the carnage that a stolen Stop sign can cause), nonetheless it happens. But Washington State’s Department of Transportation is battling what has become a new sign theft problem: people keep stealing certain mile markers. Mile 69 has long been a favorite, for obvious reasons (if they’re not, we won’t explain), but Mile 420 has become a recent target (it’s apparently some kind of stoner code). Anyway, these signs keep vanishing, and that can be a hazard (mile markers are often the only way that emergency crews can find the scene of an accident, for example). So the Washington DOT hit on a unique idea: decimals. They back the sign up 1/10th of a mile and post Mile 419.9 and Mile 68.9. Sadly, that doesn’t always work; perhaps stoner mathematicians with a preference for precision steal them. Go figure. Other states have had the same problem and tried similar solutions—even using blank signs instead of the targeted mile numbers.

The New York Times has the whole story.

Still, It Would Be Better than Reality TV

In 1845, nearly 80 people were killed in Great Yarmouth after they rushed onto a bridge to see a clown in a tub being pulled by geese.

1973: Elvis Presley’s concert Aloha from Hawaii is broadcast live via satellite, and sets the record as the most watched broadcast by an individual entertainer in television history.

1876: The first newspaper in Afrikaans, Die Afrikaanse Patriot, is published in Paarl.

1936: The first building to be completely covered in glass, built for the Owens-Illinois Glass Company, is completed in Toledo, Ohio.

1962: The Derveni papyrus, Europe's oldest surviving manuscript dating to 340 BC, is found in northern Greece.

27 BC: Gaius Julius Caesar Octavianus is granted the title Augustus by the Roman Senate, marking the beginning of the Roman Empire.

1492: The first grammar of the Spanish language (Gramática de la lengua castellana) is presented to Queen Isabella I.

1993: Martin Luther King, Jr. Day is officially observed for the first time in all 50 states.

1915: Georges Claude patents the neon discharge tube for use in advertising.

1940: You Nazty Spy!, the very first Hollywood film of any kind to satirize Adolf Hitler and the Nazis, premieres, starring The Three Stooges, with Moe Howard as the character “Moe Hailstone” satirizing Hitler.

1953: Almost 72% of all television sets in the United States are tuned into I Love Lucy to watch Lucy give birth. (It wasn’t as graphic as it sounds.)

1983: The Apple Lisa, the first commercial personal computer from Apple Inc. to have a graphical user interface and a computer mouse, is announced.

1986: The first IBM PC computer virus is released into the wild. A boot sector virus dubbed (c)Brain, it was created by the Farooq Alvi Brothers in Lahore, Pakistan, reportedly to deter unauthorized copying of the software they had written.

1937: Franklin D. Roosevelt is sworn in for his second term as U.S. President, the first Presidential Inauguration to take place on January 20 following the ratification of the 20th Amendment.

1954: In the United States, the National Negro Network is established with 40 charter member radio stations.

1986: In the United States, Martin Luther King, Jr. Day is celebrated as a federal holiday for the first time.

We see vertical lines differently than horizontal lines for the simple reason that our eyes are positioned horizontally. Gravity also affect vision. If you position a dot or object at the exact center of a square or rectangular base, it will appear to be lower than the center due to gravity affecting perception. Same thing happens when you cut a mat to frame a picture. If the mat border is equally wide on all sides then the bottom border will appear thinner - the hole in the mat appears to be lower than centered. That’s wide quality framers make the bottom border wider that the other three borders. Making the bottom border wider makes it appear to be the same width as the other three.