Charmin’s (oy) toilet-paper themed NFTPs. The environmental impact of jeans. Will graphene save us from the pandemic? The DC Circuit Court cancels the typeface Garamond. Social and mobile media-themed classic artworks. A new web widget that gives you excuses to exit a Zoom meeting. Light-emitting OLED tattoos. Yo-Yo Ma performs at his vaccination site. Doctors get in trouble for “Guess the weight of this organ” Instagram posts. Precision cutting boards for obsessive chefs. The Planters NUTmobile is looking for drivers. All that and more in WhatTheyThink’s unfortunately not canceled miscellany.

Your Friday Ice Crystallizing Soap Bubbles on a Levitating Magnet

These vaccines are like a shot in the arm.

While the term “non-fungible” does sound vaguely digestive (“Man, I must’ve eaten something really non-fungible last night”), the silliness continues, as Charmin has now started selling its own (dear lord…) toilet paper-themed NFTs which it is calling “NFTPs.” (If Mr. Whipple were alive today, he’d roll over in his grave, which would just be strange.) Anyway, from The Verge:

The NFTs even come with a “physical display,” in case you want to “hang your NFTP in your bathroom alongside your IRL rolls.” No, actually, I wouldn’t want to do that — especially if it’s a screen that’s showing one of the flashing, glitchy GIFs that switch between showing a roll of toilet paper and the brand’s bear mascots. That would just be distracting.

Charmin is only selling one NFT for each of its five designs, so they’re quite limited — just like real-life rolls of Charmin were a year ago. The one silver lining is that Charmin does say it’ll be donating the proceeds from the NFT sales to the Direct Relief charity.

“IRL rolls” should not ever be a term.

This one is so meta it’ll make your head hurt. From Boing Boing:

DC's senior vice president of legal affairs sent a warning letter to artists and writers warning them not to sell "digital images featuring DC's intellectual property with or without NFTs."

My friend Sean Bonner promptly digitized the letter and is auctioning it on two NFT marketplaces, OpenSea (current high bid $943) and Zora.

Tales from the Crypto

We all love our blue jeans! But are we in denial about the environmental impact of producing even one pair of jeans? Austrian company Lenzing explains how it's done now and proposes a much more sustainable process in this easy-to-understand five-minute video.

One year ago this week, I finally opened Mr. Cough’s Handrail Licking Emporium and said to myself “Now I just sit back and wait for all that sweet cash to pour in.”
Then I checked the news...

Here at McDonald’s. I AM HERE TO HELP! pic.twitter.com/G8OoqsxZEo

Hardcore fans of the typeface Garamond and DC Circuit Court lawyers is probably a pretty small Venn diagram, but they will not be happy at the court’s most recent ruling: no Garamond is to be used in court documents.

Federal Rule of Appellate Procedure 32(a)(5) requires courts of appeal to accept briefs in any proportional typeface so long as the typeface has serifs and is at least 14-point in size. However, the court has determined that certain typefaces, such as Century and Times New Roman, are more legible than others, particularly Garamond, which appears smaller than the other two typefaces. Today the court announces a revision to the Circuit’s Handbook of Practice and Internal Procedures to encourage the use of typefaces that are easier to read and to discourage use of Garamond.

Via Laughing Squid, a reimagining of classic works of art in today’s mobile/social media age.

Italian artist CRUDEOIL 2.0 has reimagined some of the most iconic paintings of the Old Masters into the modern world. Each work of art is completely reinterpreted with the ubiquitous context of social media and technology as the primary premises, making the subjects of each piece appear a bit more self-conscious, vapid, and narcissistic in general. 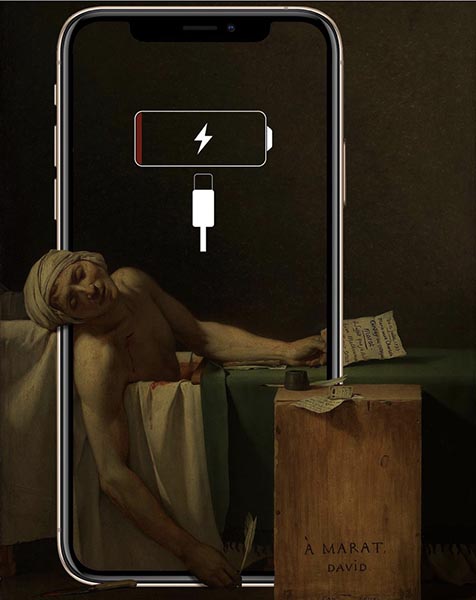 Get a Real Job

Turns out the covid vaccine appointment site is run by my dead mother. pic.twitter.com/sfFKHo197V

Sure, we’re all sick to bloody death of Zoom, but this new “Zoom Escaper” widget seems a bit extreme. Says The Verge:

[Zoom Escaper] lets you add an array of fake audio effects to your next Zoom Call, gifting you with numerous reasons to end the meeting and escape, while you still can.

You can choose from barking dogs, construction noises, crying babies, or even subtler effects like choppy audio and unwanted echoes. Created by artist Sam Lavigne, Zoom Escaper is fantastically simple to use. All you need do is download a free bit of audio software called VB-Audio that routes your audio through the website, then change your audio input in Zoom from your microphone to VB-Audio, and play with the effects.

Verge news editor Chaim Gartenberg tried out the various effects and here is his opinion:

This sort of thing is not new, of course. Many years ago, we knew an ad sales rep (no one now working with us) who had the sound effect of a ringing phone on his computer and he would trigger it when he wanted to get off a phone call. “There’s my other line. Gotta go.” It was a strategy that worked less well after he told people about it.

Still, some things we can get on board with: 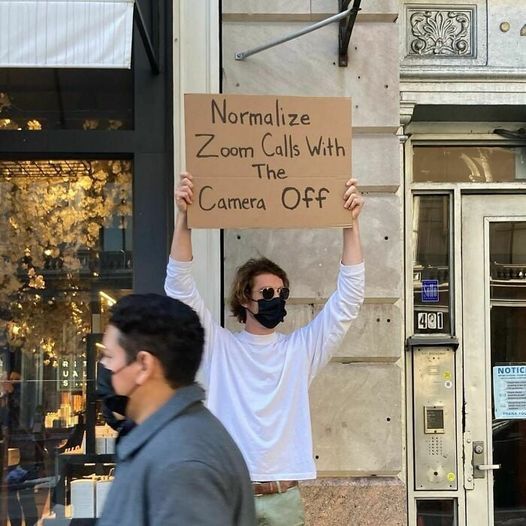 Sure, he could flash this sign on Zoom itself, but he probably has his camera off.

Fit to Be Dyed

Back in the day, the only people who generally sported tattoos were Marines and members of biker gangs. (And, of course, on TV, Ricardo Montalban famously had a Tattoo.) We’re not quite sure when that changed, but now they are ubiquitous—and tattoo technology itself is evolving. Researchers are now even working on making them light-emitting. From Gizmodo:

a team of researchers in Europe have created what they’re calling the world’s first light-emitting tattoo based on OLED screen technology that, besides presumably looking kind of cool, could also serve as a visible warning about potential health concerns.

(Regular visitors to our Around the Web shebeen may recall a couple of weeks ago when we linked to implantable LEDs and other objects.)

Tattoos can also play audio, via Skin Motion’s Soundwave. Basically, you upload an audio file (preferably a short one; you probably don’t want Wagner’s entire Ring Cycle tattooed on your body—or maybe you do!) where it is converted into a tattooing stencil. Then you find a specially Soundwave-trained tattoo artist who then applies it to your flesh. Upload a picture of your tattoo, and if you scan it with a mobile app the audio will play. It will remain active as long as you continue to pay the annual $9.95 subscription, if it doesn’t seem weird to have to subscribe to your own skin.

He said his last words. Then, after a brief silence, he went over to the other side. ?? https://t.co/DtFc5JRGjh

There are plenty of good reasons to get your COVID-19 vaccination as soon as you are able, but here’s another—some lucky vaccinatees got a surprise cello concert. Says the Albany Times Union:

Newly vaccinated Massachusetts residents were treated to a mini concert over the weekend when famed cellist Yo-Yo Ma brought out his instrument after getting his second coronavirus shot.

A masked-up Ma took a seat along the wall of the observation area Saturday at Berkshire Community College in Pittsfield and played for about 15 minutes to applause from the other attendees.

The renowned musician, who lives part-time in the area, said he “wanted to give something back," The Berkshire Eagle quoted Richard Hall of the Berkshire COVID-19 Vaccine Collaborative as saying.

I never considered there'd be outtakes of the "His Master's Voice" promo shoot IN 1901 but now I can't stop laughing. pic.twitter.com/myQK2DliGS

The Price is Wrong

As if this headline, on the face of it, weren’t disturbing enough. From the NY Times: “Doctors Are Investigated After Posting Organ Photos Online as ‘Price Is Right’ Game.” One might have interpreted this in an Anthony Weiner kind of way, but it’s even worse (or perhaps not as bad, depending on your point of view):

A health care network in Michigan said it had opened an investigation after some operating room doctors posted photos on social media last week showing themselves holding a surgically removed organ and tissue material as part of a game that they likened to “The Price Is Right.”

The doctors, who are employed as medical residents by Spectrum Health in Grand Rapids, Mich., and specialize in obstetrics and gynecology, asked people to guess how much an unidentified organ weighed, according to one of the Instagram posts obtained by the NBC affiliate WOOD-TV.

At the very least, it’s some kind of HIPAA violation (“Hey! That’s my gallbladder!”). “The posts appeared to show at least one patient in the background, the television station reported.” Oops.

And Worst of Times

?This is the best time in publishing ever,? https://t.co/a9sTthShzH pic.twitter.com/gpFjBnT1Ko 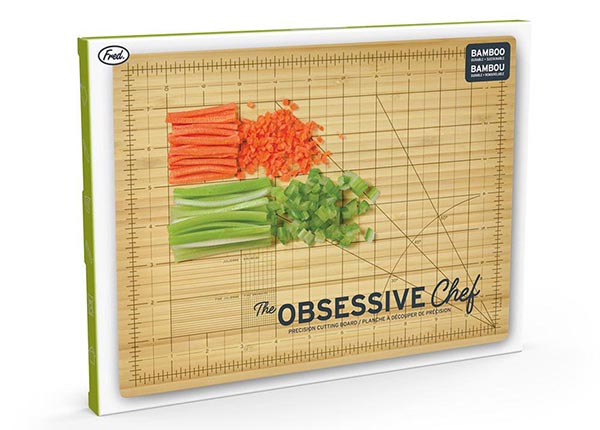 The most popular word in each state pic.twitter.com/LY7LewNohn

While the term “NUTmobile” could refer to virtually any vehicle on I-495 in Massachusetts, it specifically refers to the Planters Peanuts version of the Oscar Meyer Wienermobile. And, as it happens, they are looking for drivers. So when you are finally able to leave quarantine and get out and about, why not do it in style: behind the wheel of a giant, motorized peanut? After all, the past year has been completely nuts.

Show up in this and you will have no trouble social distancing.

I honestly can’t tell if, when things fully open up, I’m gonna bust out like crazy or if I’m gonna feel more like one of those dogs whose gotten so used to his crate he just kinda prefers it there now

2020: The Dow Jones Industrial Average falls by 2,997.10, the single largest point drop in history and the second-largest percentage drop ever at 12.93%, an even greater crash than Black Monday (1929).

1973: The Pulitzer Prize-winning photograph Burst of Joy is taken, depicting a former prisoner of war being reunited with his family, which came to symbolize the end of United States involvement in the Vietnam War.

1931: Gambling is legalized in Nevada. (What are the odds it’ll catch on?)

1828: Norwegian poet, playwright, and director Henrik Ibsen born (not in a doll’s house).