According to the latest edition of County Business Patterns, in 2020 there were 594 establishments in NAICS 51114 (Directory and Mailing List Publishers). This represents a decrease of 64% since 2010. In macro news, estimates for Q4 GDP are in the +1.4%–3.4% range. 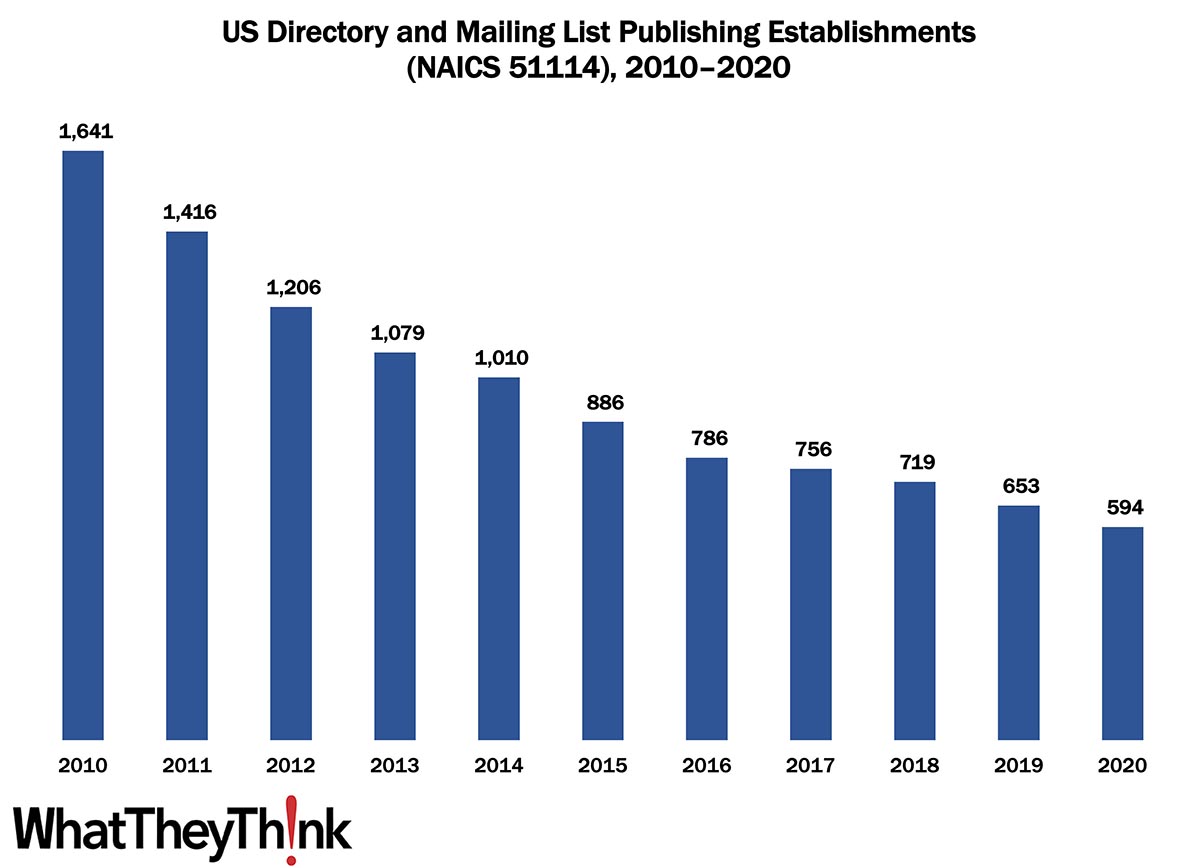 Our Friday data slice’n’dice look at the latest edition of County Business Patterns has been detailing the publishing industries. As 2020 began, there were 594 establishments in NAICS 51114 (Directory and Mailing List Publishing), a decrease of 64% since 2010.

There is no mystery to what is happening with these businesses: directories and mailing lists, when they haven’t been replaced by Google, are distributed almost entirely electronically. The USPS’s woefully underutilized Every Door Direct Mail (EDDM) bypasses traditional directory publishers (when it’s used at all), although some commercial printers—such as 4Over—offer and promote their EDDM services.

Directory and mailing list publishing establishments—such as they are—are concentrated at the lower end of the employee-count spectrum. Small publishers (1 to 9 employees) comprise the bulk of the establishments, accounting for 71% of all establishments, with the other three size classifications just about equal. 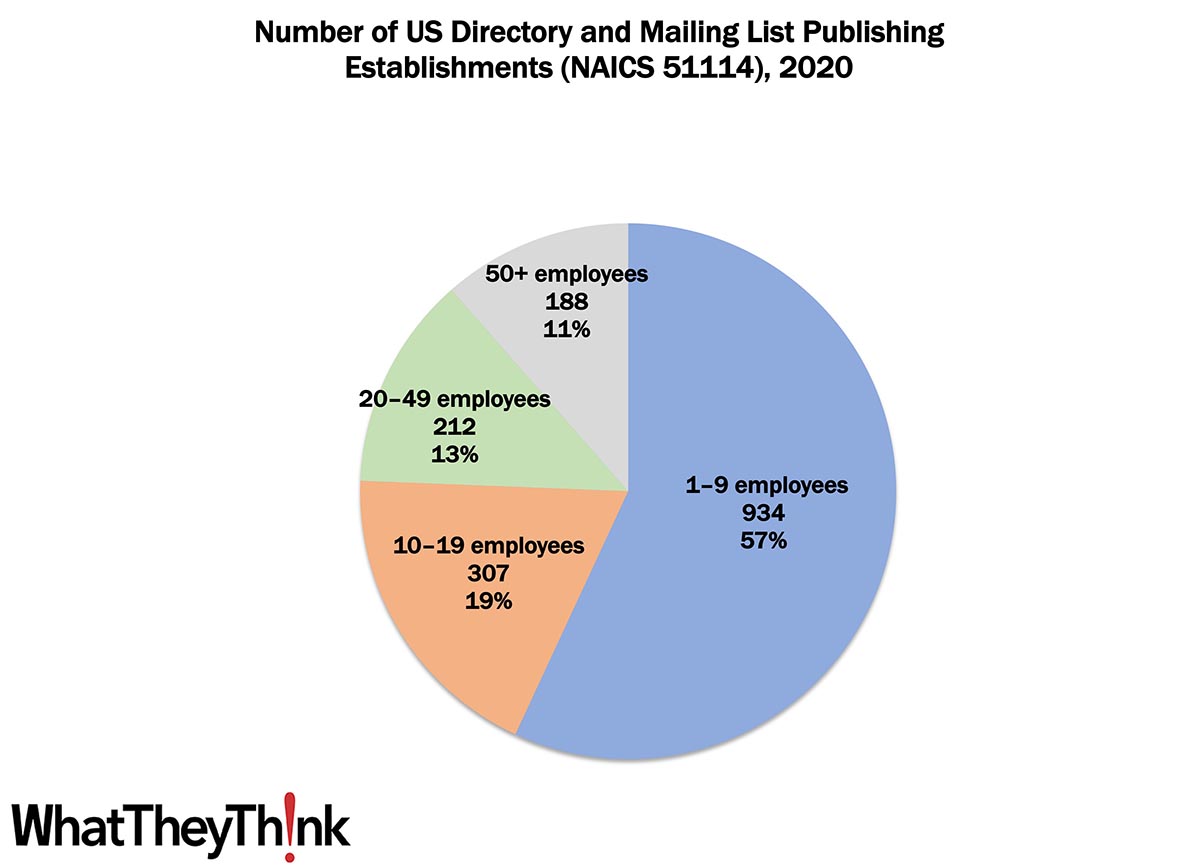 Calculated Risk rounds up some estimates of Q4 GDP, ranging from Bank of America and Goldman both forecasting +1.4% q/q saar, while the Atlanta Fed’s GDPNow is very bullish in estimating +3.4% Q4 GDP growth. Recall that Q3 GDP came in at +2.6%. The official Q4 GDP estimate from the BEA will be released January 26.