Shipments: We Told You

Last month, we said that “shipments can only get better from here”—and we were right. March shipments roared back from a historical low of $6.39 billion in February to $7.44 billion in March, the second best March in the past five years. 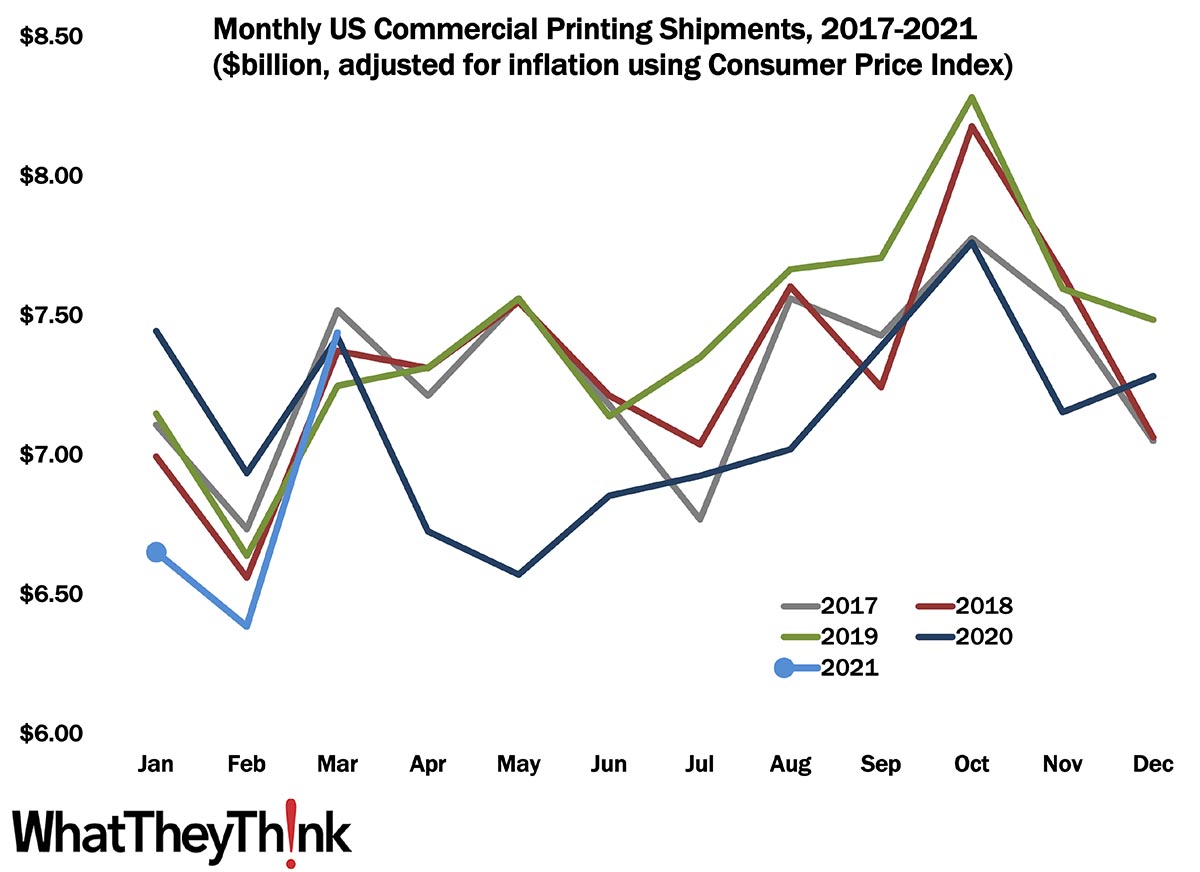 Last month, we said that “shipments can only get better from here”—and whoa, Nelly, we were right. After kicking 2021 off with the worst January we’ve had in at least five years, then plummeting to (checks notes) the worst February ever, March came in not so much like a lion as a rocket—$7.44 billion, the best March since 2017. As we remarked last month, it looks like we are returning to some semblance of our normal seasonality, which looking at the past trendlines indicates that April will be a mixed bag. Still, we have reason to be optimistic: the relief packages have been kicking in, businesses are reopening, vaccinations are continuing apace, and physical events are officially being scheduled for the latter half of the year in and out of the industry. There are still things to worry about—variants, and parts of Europe have fallen down on vaccinations—but compared to where we were last year at this time, we have every reason to be happy with this data.