Shipments: They Can Only Get Better from Here 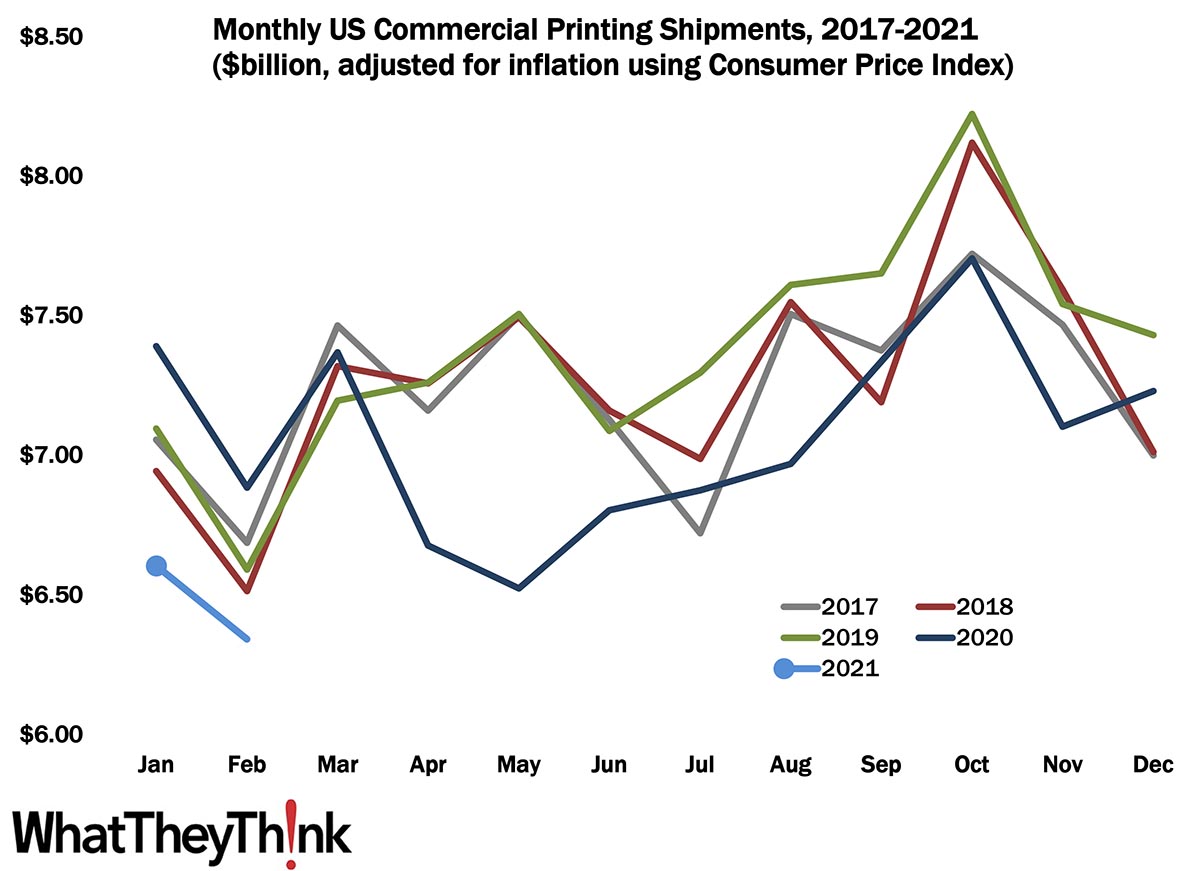 Well, we certainly didn’t kick off 2021 very auspiciously, with January printing shipments coming in at $6.57 billion, down from December 2020’s $7.17 billion, and then a further drop in February to $6.34 billion. On the plus side, this is actually kind of normal: January shipments are usually down from December, the only exception being December 2019 to January 2020, where shipments stayed virtually the same, and historically, February is the nadir of the year. At last! Something like normalcy!

However, on the minus side, it is the worst start to the year in at least the last five years, but if we are reverting back to our regular seasonality, March may see a strong return to form.

That said, we are probably not looking at our usual seasonality. The COVID Factor has still been in effect, and a lot of businesses that could stay relatively open in the fall had no choice but to close in January and February—outdoor dining is fine when it’s in the 50s and 60s but in the Northeast, for example, where temperatures had been below freezing (or even 0) for most of January and February, firepits and heatlamps are not gonna make outdoor dining pleasant.

And we all know very well that events are still verboten, although in-person events are being scheduled for 2H 2020. States have been easing (some slightly, some a lot, some unwisely) opening restrictions and while winter has been tough, things are looking better as we move through spring—and vaccinations. We were expecting the February shipments report to be on the bleak side, but we will likely start to see things improve by about the one-year anniversary of the pandemic. Fingers (and not a few toes) crossed.