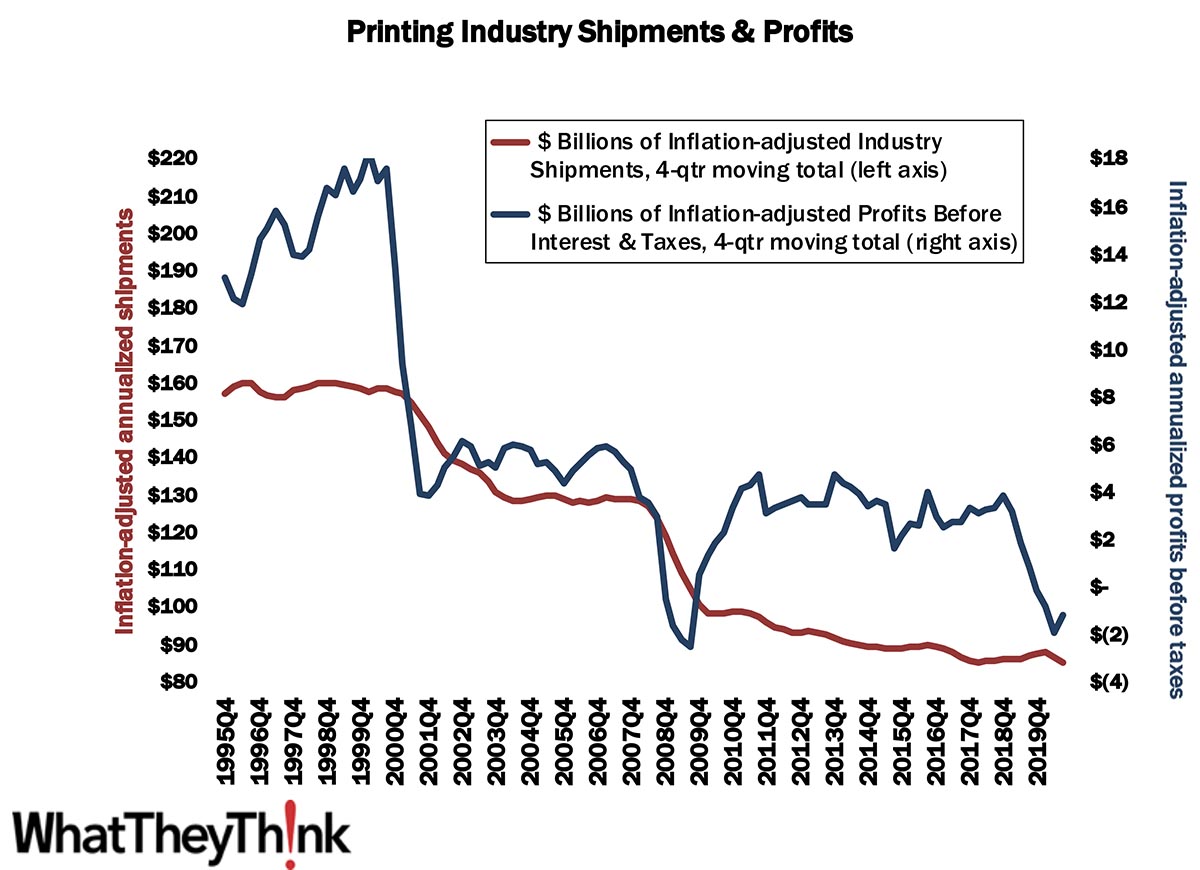 We’ve long been calling it “a tale of two cities”—large printers and small/mid-size printers and the profitability gap between them. The pandemic only interrupted this ongoing narrative temporarily, but in the latest (Q3 2020) profits report, we are back to normal, at least in terms of industry profits trends.

As we saw a couple months ago, shipments-wise, we had been having a pretty OK third quarter (things didn’t go south until November) and that actually translated into a rise in profitability. Annualized profits for Q3 2020 rose from -$1.92 billion to -$1.19 billion. That’s still really low, but at least it’s headed back toward positive territory—although given shipments for November and likely December, we may see another drop in Q4 profits. This isn’t all pandemic-related; Q4 2019 profits had plunged from Q3, and this was before almost anyone had ever heard the term “coronavirus.” There is some comfort (cold though it may be) in seeing that the drop from Q1 to Q2 2020 simply was the continuation of a trend that had already been going on for a few quarters.

So back in Q2 we couldn’t really blame the large printers for driving down overall industry profitability, but that was only a short reprieve. Interestingly, it may have been one positive side benefit of the pandemic. But, as with shipments, the impact of the pandemic on profits hasn’t been insignificant, but has been a little muted; we had been expecting the Q2 report to be a lot worse, although the Q3 report was about what we had expected given what we had seen with shipments.