November Printing Shipments—It Was Nice While It Lasted

In November 2020, after rising for five straight months, printing shipments plunged from $7.63 billion to $7.0 billion. 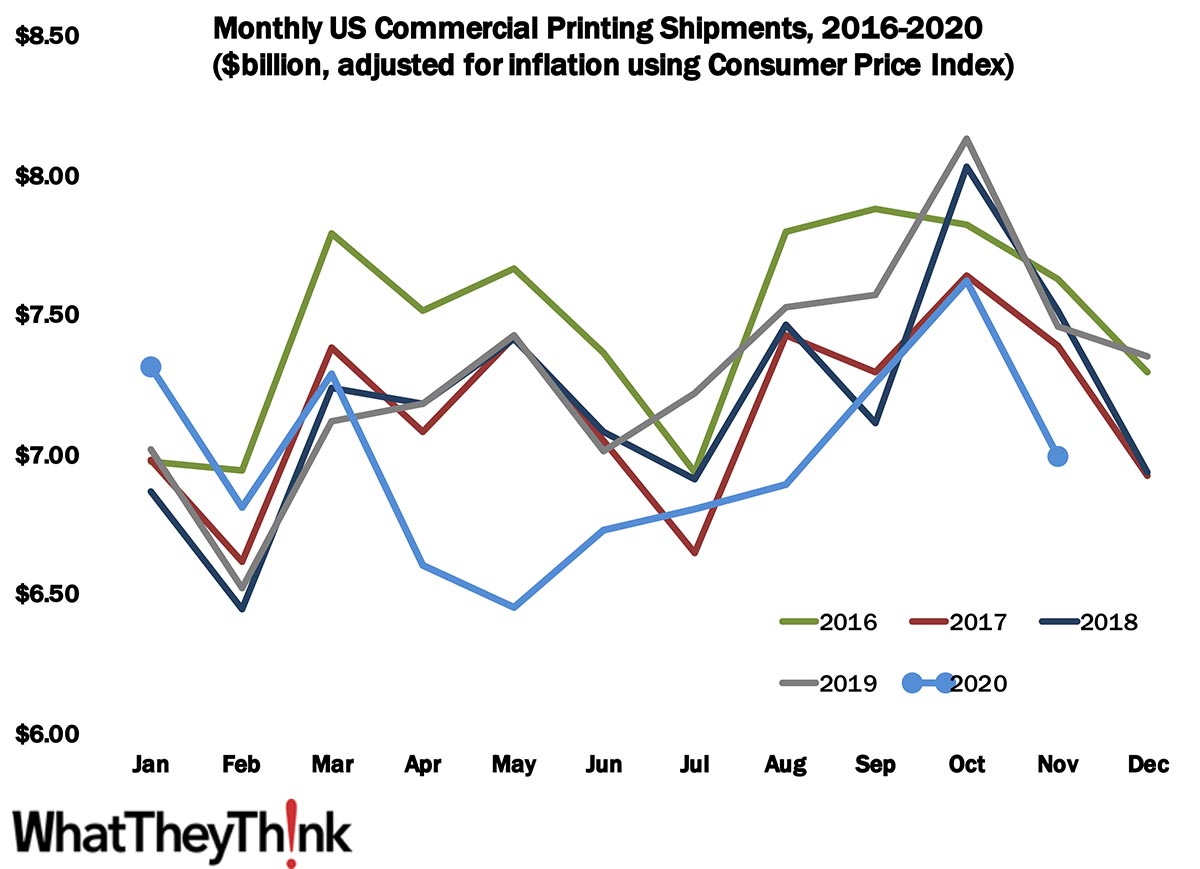 Well, it was good while it lasted but it looks like the industry recovery from the early days of the pandemic ran out of steam. In November 2020, after rising for five straight months, printing shipments plunged from $7.63 billion to $7.0 billion. Visually it looks pretty dramatic, but it’s still not as low as August’s $6.09 billion. And, if we want to look for a silver lining, it does reflect the usual seasonality—shipments always drop from October to November as businesses slow down for the holidays. So in some sense this is normal, assuming we even know what normal is anymore. At any rate, we should probably expect a further drop in December. January’s numbers will give us a better sense of what’s really going on.

Remember, though, despite everything else that has been topping the news lately—especially this week—the virus is still massively out of control with record high infection rates virtually every day and many places, such as California, teetering on the brink of shutting down again. And we still don’t know how big of a holiday surge in new infections there will be. So we’re all pretty much on tenterhooks, although Congress did approve a new round of PPP funding, which had been a big help back in the spring.

As for year-to-date shipments, exceeding 2019 shipments was always a bit of a pipe dream, but November’s dip hasn’t helped: January–November 2020 shipments are at $76.80 billion, compared to January–November 2019’s $80.21 billion. On the plus side, that’s only $3.41 billion off which, all things considered, ain’t that bad.