After 12 years of leadership, Jules VanSant is stepping down as PPI Executive Director. Unusual typography. Automakers look to digitally printed auto parts. Don Draper—and even Darrin Stephens—are ad men of the past. The semaphore origin of the peace symbol. All that and more in WhatTheyThink's weekly miscellany.

This week, Jules VanSant announced she would be stepping down as Executive Director of the PIA Affiliate in the Northwest, PPI. VanSant has led the organization through a broad range of changes, including:

A search is underway for her replacement—big shoes to fill!!—so if you know anyone, or if you are interested, the job posting can be found on indeed.com.

Are you familiar with ambigrams? An ambigram is a form of typography in which words or symbols read the same (or have a different meaning) when flipped upside-down. This video provides a nice look at ambigrams. There is also a book about ambigrams called Wordplay, by John Langdon—and the title and author are, in fact, ambigrams. If you turn your screen upside-down, you’ll see exactly what we mean. 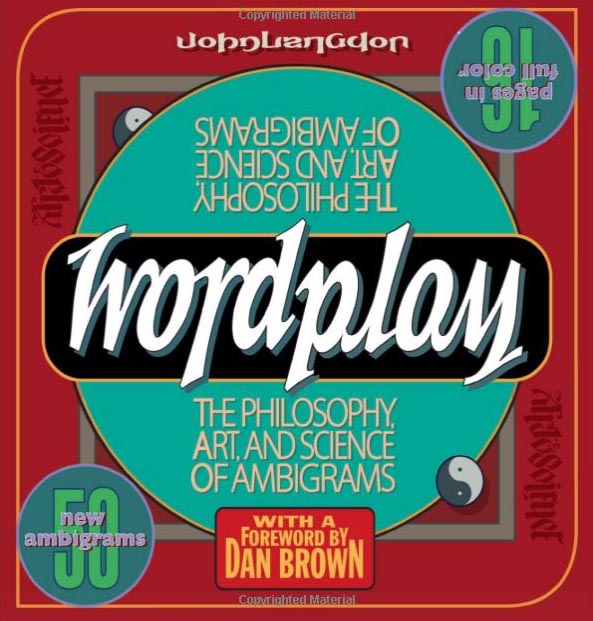 Another “gram” word that we came across this week is lipogram:

Gadsby is a 1939 novel by Ernest Vincent Wright written as a lipogram, which does not include words that contain the letter E. pic.twitter.com/8sryJRrybh

A lipogram is not a chart showing the lipid concentration of one’s blood, but rather  is “a kind of constrained writing or word game consisting of writing paragraphs or longer works in which a particular letter or group of letters is avoided.”

Speaking of typography, are you having trouble getting type to look aesthetically pleasing online? Boing Boing helpfully links to several resources for bettering your web typography skills.

An interesting item hoisted from our newsfeed comes from Heidelberg, whose Omnifire digital press is being used to to custom print parts such as trims, switches, dashboards, and other components for the automotive industry.

Based on these experiences, Heidelberg and Ritzi [Lackiertechnik] hosted a joint international customer event at Ritzi’s headquarters in Tuningen to show specialists from the automotive industry and associated sectors the outstanding opportunities that Omnifire technology offers for the direct printing of objects. Around 40 participants took up the companies’ invitation and saw for themselves in expert presentations and live demonstrations how objects with various different substrates, surface properties, and shapes can be custom finished quickly and cost-efficiently to meet automotive manufacturers’ strict requirements.

The general trend toward customization is a hallmark of the digital age. The option of custom enhancing high-quality mass-produced items and thus reaching consumers or customers on a personal level opens up attractive new and profitable business models for manufacturers of branded goods and industrial production companies.

The Ritzi case study was highlighted back in April at the InPrint Industrial Inkjet Conference. Be sure to check out our video interview with Steven Calov of Heidelberg on the industrial printing opportunities enabled by direct-to-object printing.

Where Have You Gone, Darrin Stephens?

Remember the old 1960s TV show Bewitched, about NYC ad man Darrin Stephens and his wife Samantha, who happened to be a witch? In virtually every episode, there would be all manner of witchcraft-related hijinks—such as people being turned into dogs (or vice versa)—and in the end all the wackiness would be explained away as all part of elaborate ad campaign, and Darrin's client would be wowed and the company would get the account. (Ah, they don’t make shows like that anymore. It was remade as a 2005 film and the less said about that, the better.) More recently, the AMC series Mad Men offered a less wacky and magical, and more alcoholic and emphysemic look at the ad agency of the 1960s, where Don Draper and his ilk would wow clients with highly creative ad campaigns and presentations. (Remember the Kodak slide carousel from the series premiere?)

Well, as this story from the New Statesman points out, both Darrin Stephens and Don Draper are advertising anachronisms. Today, to wow clients, ad men need less creativity (or witchcraft) and more data.

Until recently, it was possible to identify somewhere called “Adland” on a map. In New York, advertising agencies clustered on or around Madison Avenue, near the big department stores. In London, the action was in Soho, among the film and TV production houses. The industry was a small world, with all the collegiality and parochialism that implies. In both cities, ad agencies are now dispersed randomly around town, as if an earthquake had destroyed their habitat, forcing them to scatter in different directions. Once so sure of their place in the world, they now seem a little lost.

The earthquake, of course, was the internet, and the subsequent seizure of the ad business by technology companies. Between them, Google, Apple, Facebook and Amazon (about whom Galloway has written an acclaimed, critical book, The Four), have transformed advertising’s terms of trade. Clients pour billions into a digital ecosystem that revolves around Google and Facebook in particular. The ad industry, run by people who pride themselves on creativity, is being displaced by the ad business, which prides itself on efficiency. Clients are spending less on the kind of entertaining, seductive, fame-generating campaigns in which ad agencies specialise, and more on the ads that flash and wink on your smartphone screen.

Ever wonder where the peace sign came from? Jacopo Prisco over at CNN takes us back to a 1958 nuclear disarmament rally in London, where a new image entered our visual lexicon: the peace symbol. It was created by a designer named Gerald Holtom, and it comes from the semaphore alphabet:

The design is meant to represent the letters "N" and "D" -- standing for "nuclear disarmament" -- as they appear in the semaphore alphabet, which is used by sailors to communicate from a distance with flags. 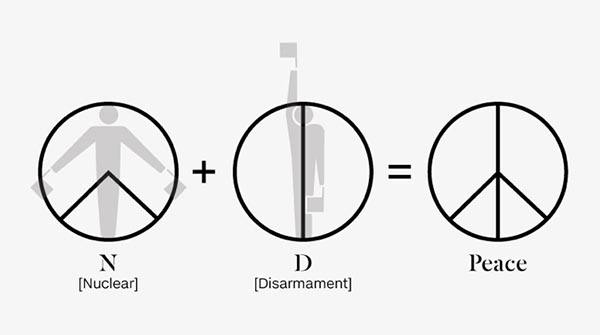 So...would putting the peace symbol on a flag be redundant?

July 30, 1909: English historian and author C. Northcote Parkinson, coiner of “Parkinson’s Law,” born. He would soon grow to fill the entirety of his crib.

July 31, 1703: Author Daniel Defoe is placed in a pillory for the crime of seditious libel after publishing a politically satirical pamphlet, but is instead pelted with flowers.

July 31, 1790: The first U.S. patent is issued, to inventor Samuel Hopkins for a potash process.

August 1, 1774: British scientist Joseph Priestley discovers oxygen gas. (What had everyone been breathing before that?)

August 1, 1981: MTV begins broadcasting in the United States and airs its first video, “Video Killed the Radio Star” by The Buggles.

August 3, 1527: The first known letter from North America is sent by John Rut while at St. John's, Newfoundland.

August 3, 1859: The American Dental Association is founded in Niagara Falls, New York. (Was their theme song “Bridge Over Troubled Water”?)

August 4, 1693: Date traditionally ascribed to Dom Perignon’s invention of champagne. (Ah, so that was the night they invented champagne.)

August 4, 1821: The Saturday Evening Post is published for the first time as a weekly newspaper.

August 5, 1735: New York Weekly Journal writer John Peter Zenger is acquitted of seditious libel against the royal governor of New York, on the basis that what he had published was true.