Pop Quiz: What Would Have Made This QR Code Use Better?

We take a look at a good use of QR Codes that could have been done better. Images are provided, along with a challenge for readers to see what they might have done differently. 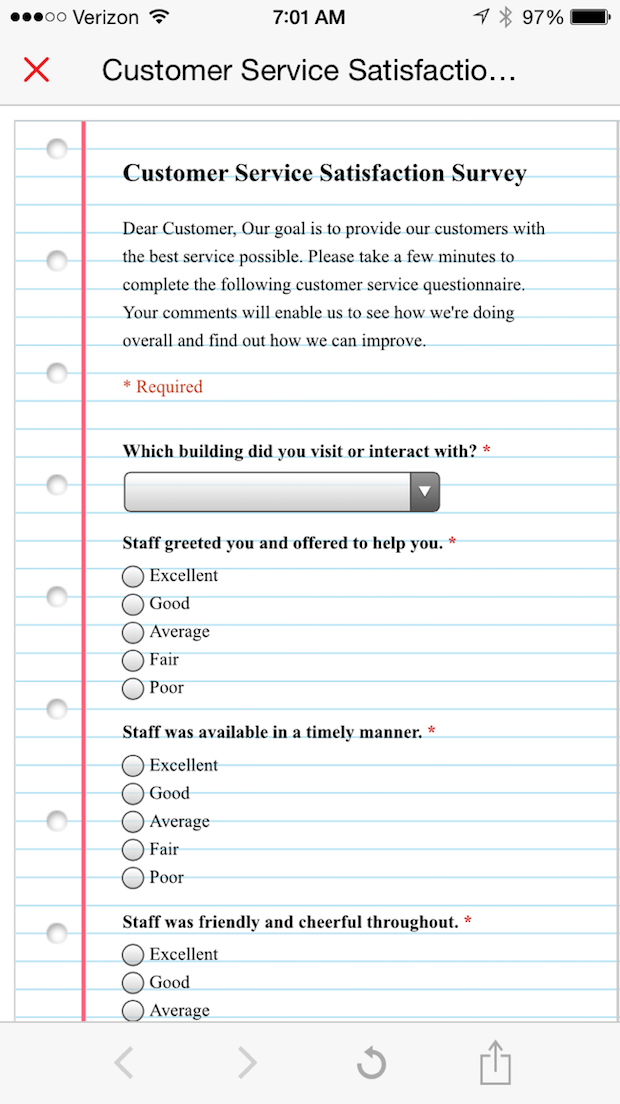 Here is another great use of a QR Code, but a few things could have done better. What would you have done differently?

This is a request for feedback from a local school system. The cards are sitting at the windows of each school’s main office. It’s a great idea because the district wants to know what it’s doing well and what it’s not. Making it easy for people to provide feedback anonymously and honestly is always a great idea. Having a QR Code on a business card is an inexpensive way to do that.

The QR Code led to an online survey that was easy to take and only took a minute or two. Hit submit and you’re done. Everything worked. But some things could have been done better.

Here’s an image of the card and the landing page, along with some of my thoughts. Anything I missed?

Using a QR Code for this implementation is a great idea, but instead of simply asking people to “complete the survey using the QR Code,” the school district might have used a short set of instructions: “Scan this code on your phone using a QR Code reader to take the survey. Need help? Just ask!”

Did I miss anything?

Here are a few things I would add:
1. Test the trigger in the actual situation (how it is going to be delivered—an electronic image or print (you might find issues with the type of stock— gloss/dull/coated/uncoated/laminated)
2. Understand where the trigger will be used (lighting, Internet access, viewing distance)
3. Specifically tell people to what they are going to link to.
4. Consider using a repurposable QR Code.

What QR code? I don't see it in the article.

Dan, I didn't include a picture of the card with the QR Code on it. It was nothing spectacular. Just a business card sized piece with the school's address and the like on it. In the post, I used the screen shot of where the QR Code led. That's where all the interesting stuff happens!