You’ve seen the data for the effectiveness of augmented reality (AR) for sales and marketing. This isn’t due to novelty. There is real psychology to why it works.

I could go on. Everywhere you look, there are stats like these.  But are they true? Even if they are loosely true, why?

The answer is 3D motion and sound. When information is processed in 3D, complete with audio and movement, it is more easily remembered and recalled than information processed in 2D (i.e., print and video). This isn’t due to novelty. Like the neuroscience studies of print, AR’s effectiveness is based in human psychology.

Studies have shown that when people are able to handle a product—pick it up, try it on, examine it in detail—this creates a deeper psychological investment in that product. This psychological investment (or psychological “ownership”), in turn, leads to more sales. Think AR’s “try before you buy” and “view in room” options. It’s not the same as being in person, but it gets awfully close. Then there is the power of AR to place a celebrity, famous sports figure, or brand ambassador in the person’s environment so they can give their pitch “in person.” If the experience is web-based (as more and more AR experiences are), the viewer simply scans a QR code with their mobile phone, anchors the scene in his or her environment by tapping an icon, and the person “comes to life” as if they were in the room. While that person isn’t actually there, the feeling is much the same, and the power of face-to-face interaction is palpable.

The power of face-to-face communication is one that we often underestimate. One 2017 experiment conducted by Western University, for example, instructed 45 participants to ask 10 strangers to complete a survey. The research found that, while participants thought that their face-to-face conversations and emails were equally effective, the face-to-face requests were actually more effective by a factor of 34x. A subsequent study by the same team found that this higher level of effectiveness was due to the existence of non-verbal cues in those in-person communications, and this brings us back to AR.

The sense of “being there” enables augmented reality to pull the kinds of numbers we see. While people and characters aren’t physically there, the sense of presence, along with the visual and other cues, are. Put simply, you see a “live” person standing in front of you. You hear their voice, see their facial expressions and body language, and you feel them looking right at you. That’s powerful. 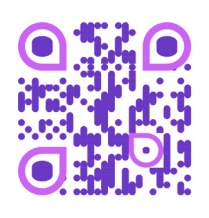 Take the example of Kyle Harrison. Kyle is a retired American professional lacrosse player from Baltimore, Md. Kyle coaches and trains elite up-and-coming players and uses WebAR from RealityBLU to market and promote his motivational speaking and training business. If you scan this QR code, you can see how much more compelling it is to see him give a short pitch “standing” in front of you in apparent 3D than it would be when viewed as a video.

That’s the power of AR. This type of scene isn’t going to work for everything, but it is certainly powerful for certain types of messaging, including sales pitches, endorsements, welcome messages, product demonstrations, training, and the like.

AR works. I could give a bunch more statistics, but you’ve probably seen them. With AR scenes moving from app-based to browser-based (via QR codes and links), this opens a whole new world of AR to people who were previously tuned out because AR was too cumbersome. Who has time for cumbersome?

I know that AR is often seen as just another marketing gimmick, associated with hokey brand mascots flying out of potato chip cans and so on. However, AR does have some real, practical marketing benefits that are worth considering. Simple scenes like the ones above don’t have to be expensive to create. With many software platforms, an iPhone and a green screen are sufficient.

So don’t tune out next time someone talks about augmented reality. Give it a real, hard look for the right applications. Printers understand how important it is to use the right tools for the right job. AR is one of those tools, so don’t leave it in the toolbox.