Precious Moments figurines repainted for Halloween. A photo gallery of some of weirdest and/or ill-advised Halloween costumes ever. New eco-conscious automotive wiring is eaten by rats. A new app and connected tablecloth tells you what’s on your table, for some reason. A new book traces the history of textiles. RIT opens a digital exhibition of suffrage posters. Classic jazz album cover designs. Some questions about Burger King’s reusable packaging. Never pay for a “full contact experience” with a leopard. All that and more in WhatTheyThink’s spooktacular miscellany.

Don’t try this at home!

Is it just me or does it feel like 2020 is running out of ideas pic.twitter.com/lPOKVNP6tO

Not So Precious Moments

You may recall “Precious Moments” from your grandmother’s house—you know, those little porcelain figurines that are disturbingly cute. Well, this being the time of year that it is, Marcy Wiegert has been repainting Precious Moments (among other) figurines to, as Gizmodo puts it, “look creepy and evil.” Or, as we’d put it, creepier and eviler. 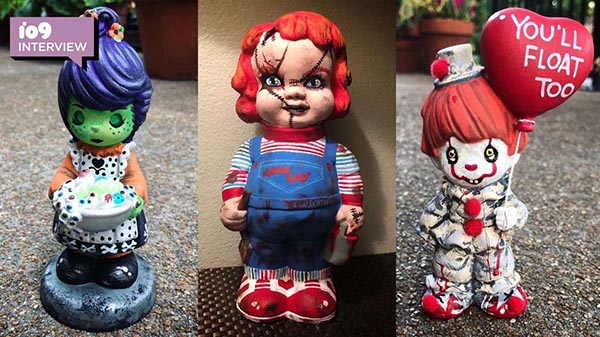 OK, This Is Pretty Awesome

Over at Flashbak, a gallery of crazy Halloween costumes from the days of yore. This has to win the award for creepiest (not in the good way) costume(s) ever: 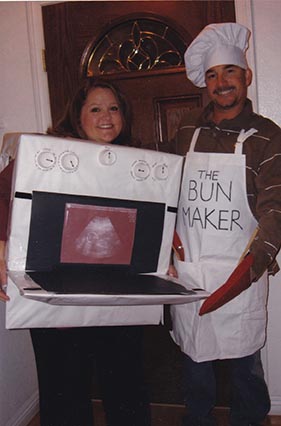 This time of year is the worst for archaeologists, what with our work constantly rising from the grave to wreak havoc on the living whilst we are trying to finish a plan. pic.twitter.com/x68CDlCk3M

Volvo had switched over to an eco-friendly, biodegradable wire coating made from soy. As it turns out, this soy coating is apparently quite tasty to rodents. A Forbes article on the subject reveals that some owners of late-model cars made by Volvo, Honda, Mazda and Toyota have experienced the same problem.

In other words, their green wiring was eaten by rats. There could be a remake of a classic episode of the radio drama Escape there...

I think I might invite a random stranger from Twitter into each zoom meeting I have and say they’re part of my team and not brief them on anything at all and then just let them take the floor and steer things wherever they want.

Engadget asks: “Wouldn’t it be helpful if a food tracking or recipe app could determine what you’re eating just by detecting what’s on your table?” Not really, no. But continue anyway:

The researchers initially wove the technology into a tablecloth, and envisioned it as particularly helpful for cooking. An app could suggest a meal based on what’s sitting on the table, while a diet app would know what you’ve had to drink. Scientists also imagine Capacitivo serving as a memory tool. It could remind you to take your earbuds before you head out the door, or remind you to clean up if you leave an empty food bowl.

That would last probably about five seconds, max, in most homes.

Fly and Touch the Sun...Or Not 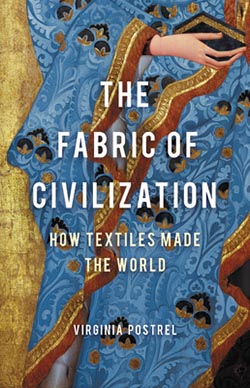 Our book pile is getting large and unwieldy, but this one heads toward the top: The Fabric of Civilization by Virginia Postrel, which traces the global history of textiles and the world, “from Paleolithic flax to 3D knitting.” Textiles and fashion has impacted just about every aspect of human civilization. Postrel wrote a pre-publication essay for The Wall Street Journal:

textiles. The word itself comes from the Indo-European root teks, which means to weave—the same root that gives us the word “technology.” From cave-dwellers twisting plant fibers into string to scientists embedding computer chips into threads, the story of textiles is the story of human ingenuity in all its manifestations: technical, artistic, economic and cultural.

The conflict between highly productive new technologies and fears of mass unemployment—“the robots are taking our jobs”—started with textiles. The Luddites, English weavers who smashed mechanical looms in the early 19th century, gave their name to technological resistance. Ironically, however, those weavers owed their own well-paid jobs to an earlier disruptive technology: spinning machines, which produced the yarn that weavers turned into cloth.

Didn't realise it was illegal but makes sense. https://t.co/uqTwW3rwpY

If you do not plan to head to the polls next week (if you haven’t done so already), remember that for many people here and around the world, the fight for the right to vote was a long, hard-fought battle. To show part of the struggle, students at RIT have put together a digital exhibit of classic women’s suffrage posters:

Women in the United States and in the United Kingdom fought for voting rights on either side of the Atlantic Ocean in the early 20th century, protesting for suffrage by picketing, going on hunger strikes, and using a savvy poster campaign. RIT students this semester dug into the suffrage movement’s use of graphic arts to design and create a digital exhibit of historical posters from Harvard University’s Schlesinger Library.

Women’s Suffrage Posters: A Virtual Exhibition celebrates 100 years of the ratification of the 19th amendment to the U.S. Constitution, which granted women voting rights—although it was not until the 1965 Voting Rights act that African American women were fully enfranchised. The digital exhibition is part of the university-wide program Moving Forward: Suffrage Past, Present, and Future. 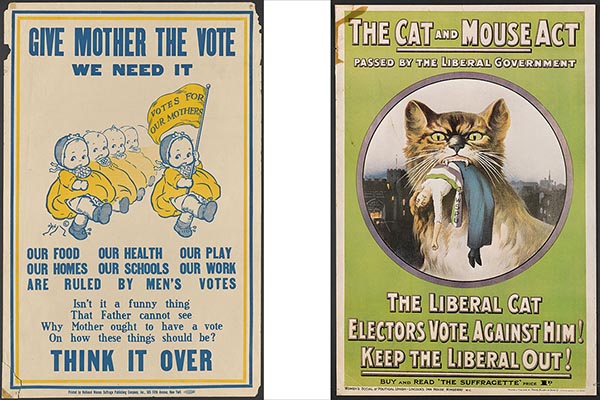 Me in a tutu is an example of ballet-stuffing.

If you have ever wondered who was responsible for the distinctive look of many class jazz album covers, be sure to check out this gallery of covers designed by Reid Miles for Blue Note Records. “Oddly enough, Miles wasn’t reportedly a huge fan of hard-bop, the jazz form that Blue Note’s roster excelled in during his tenure. Perhaps, as others have suggested, a degree of distance from the subject benefits the designs.” 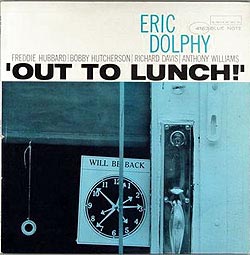 After 2 weeks of multiple health screens and asking everyone to quarantine, I surprised my closest inner circle with a trip to a private island where we could pretend things were normal just for a brief moment in time. #HorrorsofSpiderIsland @MST3K @AnnotatedMST pic.twitter.com/ORuXtN1dxM

In last week’s Around the Web, we mentioned Burger King’s reusable packaging trial. We had some questions, some of which overlap with those that Core77 had.

I wonder if there will also be a gross-out factor. While the press release states that "Loop's cleaning systems have been created to sanitize food containers and cups, meaning each will be hygienically cleaned and safe before each use," I think this needs to be conveyed to customers visually; I don't think brown is a great color choice. If the packaging was white, and when I receive it I can see that it's gleamingly clean, I'd have more confidence in the system.

Currently reading a lot about cameras and lenses and yes, I know AF stands for AutoFocus, but I still think phrases like “Fast, precise AF” sound unnecessarily aggressive.

You Get What You Pay For

Here’s a lede that raises all sorts of questions:

A man who paid $150 for a “full-contact experience” with a black leopard says he had to undergo multiple surgeries after he was mauled by the fully-grown animal in an enclosure behind a Davie home.

So: who would actually offer a “full-contact experience” with a leopard? Apparently, a Florida man named Michael Poggi has a Facebook page (of course) on which he claims to run an animal sanctuary for rare and endangered animals. “Investigators say Poggi charged the 50-year-old Turner $150 for a ‘full-contact experience’ with his black leopard.”

So: what did Turner think a “full-contact experience” with a frickin’ leopard would involve? “[P]lay with it, rub its belly and take pictures.” Oy.

So: what happened next, as if you couldn’t guess? “[O]nce Turner walked inside the enclosure, the leopard attacked.”

So: our Around the Web PSA for this week is, if you see an ad for a “full contact experience” with some kind of animal, maybe look it up online first.

It's my 50th birthday in less than a month, and if restrictions continue I'm not going to be able to have a big party. So that's some good news at least.

We have mentioned in past holiday-time Arounds the Web that KFC has a chicken-scented Yule log. 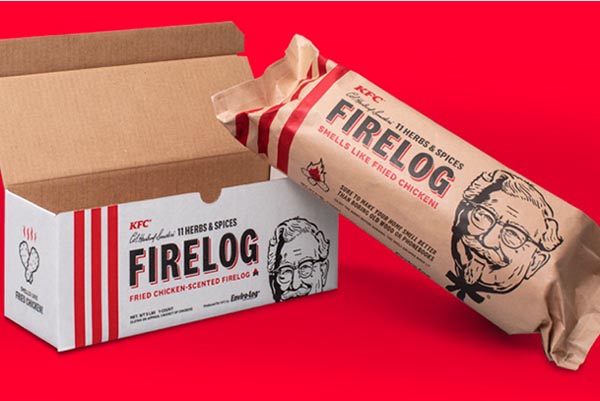 This is the third year that the log has been available and, for reasons passing understanding, it has sold out the previous two years. However, this year it is available in WalMart.

Please, I want so badly for the good things to happen.
- Sylvia Plath, born Oct 27, 1932 pic.twitter.com/JVcQKi4wQf 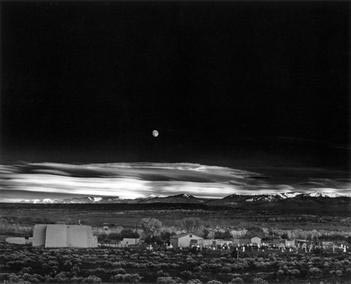