AMS Spectral UV’s Internet-of-things (IoT) capability is now available on its X Series™ product lineup for wider formats and its Blade Series™ products for narrow and digital web applications. A first-of-its-kind innovation in the UV curing space, the technology enables real-time system performance data to be sent continuously from a press’s UV LED system to a secure cloud storage system, where imperative parameters can be trended, visualized and documented across the lifetime of the machine. The open-framework IoT technology can take parameters such as system temperature, water quality and UV output and combine them with machine data and environmental sensors for richer data aggregation. Through Industry 4.0-based analytics, the IoT system can assist with predictive maintenance alerts and curing-performance optimizations so printers and converters can prevent curing defects and assure the quality of their UV process to end-customers and brand owners.

In addition to IoT capability, another update to the popular X Series™ LED module design includes its new patent-pending XFLEX™ connector, available on XPi FLEX™ modules; this easy-to-use, extremely flexible “pivot-style” water and electrical connection design improves upon former designs, and was engineered for faster installations by OEMs, printers and converters anywhere in the world.

The X Series™ LED curing product line, which was introduced in 2010 with the revolutionary XP Series™ curing module, is known for its powerful “peak optics” that deliver high speed, uniform curing, which in current models is achieved by the use of big-chip NS Series™ LED arrays instead of daisy-chained cartridges. It offers more robust and secure through-cure at higher speeds than more commonplace “flood” designs, and is the world’s most popular solution for printers running wider webs and sheetfed presses.

AMS Spectral UV, which maintains manufacturing facilities in both the U.S.A. and the United Kingdom, will collocate with Baldwin Vision Systems and Ahlbrandt - A Baldwin Technology Company at LabelExpo Europe.

Officials note that there are exciting integration developments across company technologies in the works, including the ability to connect IoT-gathered data from curing, corona treatment, color registration and inspection systems to achieve greater production insights and higher printed product quality than what is possible today. 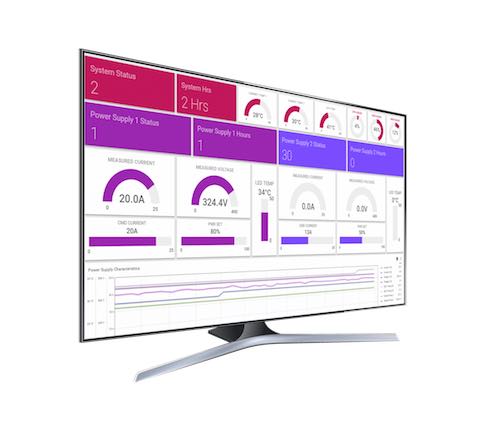