Rockford-based creative agency Trekk has been recognized by the American Advertising Federation of Northern Illinois for its augmented reality app development capabilities. 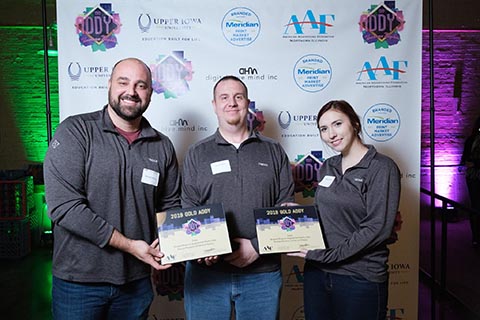 About the Burpee Museum App
Burpee Museum of Natural History is the home of Jane, the world’s most complete and best-preserved juvenile T. rex; Homer, a “teenaged” Triceratops; and Pearl, a newly found Oviraptor. The museum features extensive paleontology collections, as well as exhibits on the history of Native Americans in North America, the wildlife of the Rock River Valley, and more.

Burpee Museum App Augmented Reality
The Burpee Museum app makes it possible for the public to interact with Burpee’s exhibits in a whole new way, all thanks to augmented reality, a technology that uses the camera of a mobile device to add extra layers of content to the viewer’s physical surroundings. The Burpee app allows users to augment 3D historical and natural artifacts such as a beaver skull, a T. rex claw, a Hopi Kachina doll, and more.

Burpee Museum App Video
Use the app to augment a fossil into your own physical space, examine it from all sides, and study it at scale. Read about its history and where it was discovered, then snap a photo of the fossil in your environment to share.

Burpee can now bring its exhibits to classrooms, summer camps, and living rooms around the world, making these artifacts accessible to learners everywhere.