So what are we talking about this week? Textile and apparel companies, among others, are helping provide masks and other protective gear for the COVID-19 crisis. Twitter tales of social distancing. “Zoombombing.” Running a 26-mile marathon on a seven-foot balcony. The evolution of Internet humor via coronavirus memes. New coronavirus-related words and phrases are entering the lexicon at a rapid rate. The grossest home offices ever. Webcams that keep eyes out for UFO, Bigfoot, and ghosts. Another livestream, another camera filter left on. All that and more in WhatTheyThink’s weekly self-quarantined miscellany.

As Cary Sherburne reported yesterday, making masks and other personal protective equipment (PPE) is becoming a popular way for businesses in the textile and apparel space to help out with the COVID-19 crisis. Equipe Athletics has pivoted its factory to design, engineer and prototype mask ideals. In the first week, they were able to manufacture 800 masks and plan to be up to 1,500 per day soon. The company is making masks available for sale, but are also donating masks to individuals in need, with a request to larger organizations to help offset the cost of labor and materials. “We are doing this to help staff stay employed as well during these hard times,” according to Patrick Tio.

Elsewhere, teen fashion designer Ariel Swedroe demonstrates how you can help by making masks out of T-shirts or other clothing you are not likely to use or are likely to dispose of.

How the textiles industry can help with the COVID-19 emergency—germ-killing fabric.

Don’t Stand So Close to Me

Dude, this year we’re not even letting Elijah in. https://t.co/5cX9CPZOFf

Over at Core77, Slovenian designer Jure Tovrljan has reworked some famous logos in the spirit of social distancing. 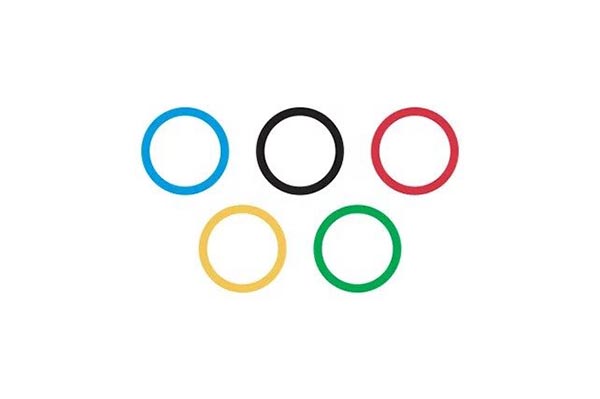 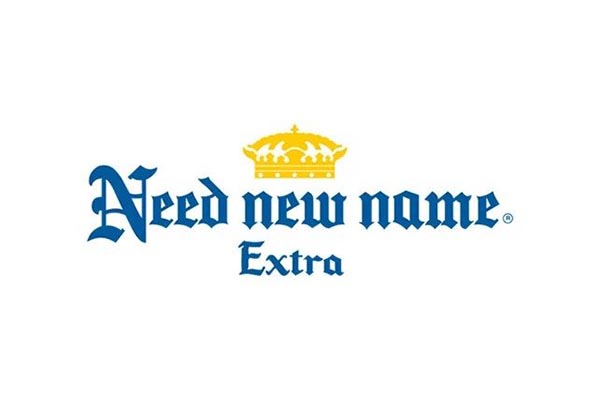 A Plague on Both Your Houses

What’s the difference between Covid 19 and Romeo & Juliet?

One’s a corona virus and the other is a Verona crisis.

Ruining It for Everyone

One happily surprising thing about this whole crisis is how robust Zoom has been through all of this, given that it is not only being used to replace industry events, but colleges and other schools are using it to hold online classes, gyms and yoga studios are using it to hold virtual workouts, Toastmasters clubs are using Zoom to have virtual meetings, and friends and families are using Zoom just to stay in touch. There have been some glitches here and there but—at least in our experience—it has gone petty well.

But, because apparently we can’t have nice things, there is a new phenomenon: “Zoombombing.” Says the New York Times: “[T]he trolls of the internet are under quarantine, too, and they’re looking for Zooms to disrupt. They are jumping into public Zoom calls and using the platform’s screen-sharing feature to project graphic content to unwitting conference participants, forcing hosts to shut down their events.” Thanks, a******s.

Nation Close To Getting Videoconferencing Software To Work https://t.co/EwLPymdczz pic.twitter.com/0RFOlHIoyg

Some people are really avid runners. Elisha Nochomovitz, a French 32-year-old furloughed restaurant worker, had signed up for a couple of marathons in Europe, which were subsequently cancelled due to the COVID-19 threat. Undeterred, he “figured out a way to run a marathon anyway – back and forth on his balcony. That’s right. He ran 42.2 kilometers (26.2 miles) straight, never leaving his 7-meter-long (23-foot) balcony.” Not that it didn’t presents own series of challenges: “He got nauseous, and got worried the neighbors would complain about the pounding of his footsteps. But he did it.” And it only took six hours and 48 minutes.

Perhaps it’s time to retire the phrase “going viral,” but, say what you want about social media, Internet humor is serving a useful purpose in this age of self-quarantining. Vox explains:

As the past week has delivered an escalation in novel coronavirus cases throughout the US, we’ve watched coronavirus memes evolve from largely educational and encouraging PSAs into full-fledged, modern-day internet humor. Many memes have been inspired by movements around the country to self-quarantine or shelter in place, while others continue to remind us to wash our hands and avoid touching our face — but with considerably less sobriety than the previous wave of informational memes. There are also lots of offline pranks, absurdist millennial humor, and apocalyptic social parody.

While the speed of the spread of the coronavirus has been staggering, so, too, has been the proliferation of new words and phrases. How many of us had ever used the phrase “social distancing” before this month...or ever? Says Merriam-Webster: “Some of these terms are new to the dictionary, others have revised definitions. Some words are newly prominent in the language, qualifying for entry in record time, while others had previously been scheduled for entry in the near future. Among the new terms are ‘social distancing,’ ‘super-spreader,’ and ‘index case.’”

In case you’re looking for some fun crafts to help get you through the social-distancing self-isolation that is our new normal in the COVID-19 world. Omnis laus sit Judith Klausner, artifici maximae artis ingeniique! pic.twitter.com/UT4W7KAkyg

The Home Office that Doesn’t Work

Not everyone takes to working from home readily, and setting up a productive workspace can be a challenge. But if you thought your setup was less than optimal, check out this gallery of the worst home offices quite possibly ever. Be forewarned: some of them are really vile, and give new meaning to the term “gross domestic product.”  I mean, how...???? 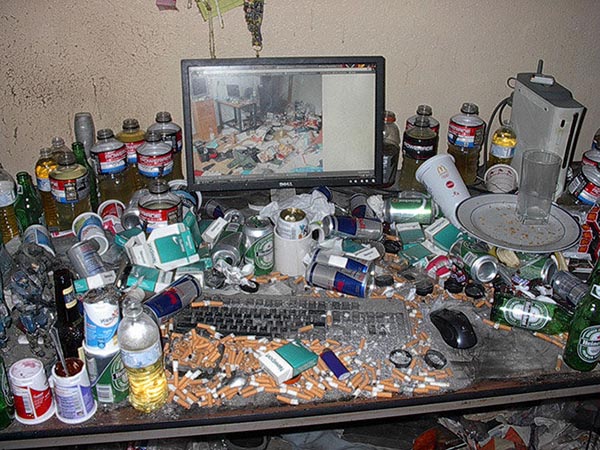 We’d recommend a good book on the subject, but if someone can’t manage even basic hygiene, they’re beyond help.

Just because you’re stuck inside doesn’t mean you still can’t indulge your occult interests and search for UFOs, Bigfoot, or the Loch Ness Monster. Boing Boing offers a link to webcams that, via the National Park Service, watch the forests of the Pacific Northwest (maybe Bigfoot will make a cameo), Mexico’s Popocatepetl volcano (apparently a UFO hotspot), Loch Ness, and various webcams at reputedly haunted houses and other locations. Who knows? Maybe you’ll spot something.

By the way, the National Park Service webcams are also good for virtually getting out into nature and seeing things that actually exist. You can even watch Old Faithful erupt.

A Matter of Degrees

On one hand, it's concerning that smart thermometers are leaking so much data, but on the other hand, this is an example of connected stuff actually.......maybe......helping https://t.co/2HnPnESn9i

Another Filter Fail, Part the Infinity

Another livestream, another user who left camera filters on. From Boing Boing: “An unidentified priest in Italy didn't let the coronavirus situation stop him from doing mass. He simply live-streamed the service instead. Amusingly though, he left on his camera's filters which overlayed a space helmet, some glitter, dumbbells (?), and a Walter White hat and sunglasses get-up onto his otherwise serious broadcast.” 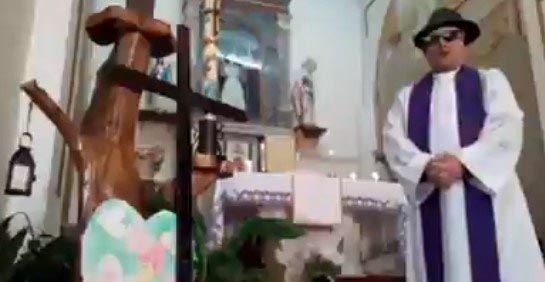 It looks like they started a morning show. https://t.co/sBcVeVN7rd

1907: The first issue of the Georgian Bolshevik newspaper Drois published.

1836: German-American brewer and founder of the Pabst Brewing Company Frederick Pabst born. (Did they sponsor the hipster Olympics?)