Indian Press Manufacturers Rely on Q.I. Press Controls for the Best Configuration of Their Presses

Oosterhout – When a printing company invests in another press, the degree of automation is one of the most important components to take into account. Indian press manufacturers Ronald Web Offset and Prakash Offset supply state-of-the-art machines, tailored to each printing company. Both are currently building up a number of new presses, to be used in several countries. For the measuring and control equipment on the presses, they count on another innovative company: Q.I. Press Controls (QIPC) from the Netherlands.

Total solution
In the past, Q.I. Press Controls already equipped several Ronald and Prakash presses with their internationally reputed measuring and control equipment. The partnership with both press manufacturers goes back many years. "We offer a total solution to press manufacturers and press users," explains Rakesh Dave, managing director of QIPC-EAE India. "For them, this is a part they don't really have to take into account. We solve it for them. Both press manufacturers and end users of the press want to get maximum performance from the machines. "Besides the fact that Ronald Web Offset or Prakash Offset like to equip their presses with our systems, end users often ask for it themselves. They are satisfied with the performance of our systems and the support we also offer.”

Consistent print quality
For Ronald Web Offset, QIPC supplies the automation of one press that will be built in Sri Lanka. It concerns an mRC-3D system for colour register (2 cameras on 1 tower) on a Ronald semi-commercial newspaper press and the same system of 2 cameras on 1 tower on a similar press. The optics are automatically cleaned thanks to AIMS. Director Aditya Gupta: "The press can save on lost copies thanks to QIPC's colour register control and the print quality will be more consistent.”

More efficient deployment of personnel
Prakash Web Offset has three projects in Bangladesh where it uses the systems of QIPC. Each project consists of an mRC-3D colour register (2 cameras on 1 tower) on a Prakash semi-commercial press. Prakash Director Saurabh Gupta: "Our experience is that QIPC's systems save paper and improve the consistency of the print quality. But another important reason for us to work with QIPC is the ability of printers to use their staff more efficiently thanks to, among other things, the mRC-3D system. 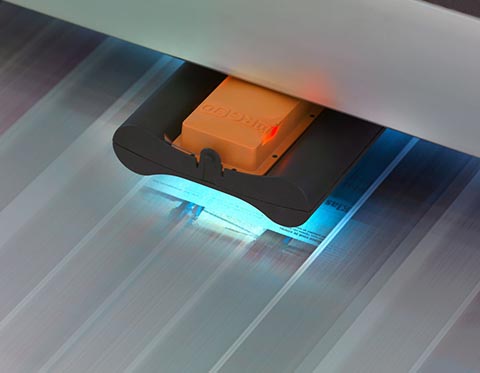