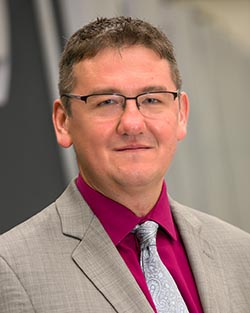 Kennesaw, Ga. – Dr. Mark Bohan, Director of Prinect & CtP at Heidelberg USA, has received the 2018 TAGA Michael H. Bruno Award by Printing Industries of America. The Board of Directors of the Technical Association of the Graphic Arts (TAGA) awarded Bohan based on his contributions to the advancement of graphic arts.

“The TAGA Board of Directors is delighted to have Dr. Mark Bohan accept the prestigious Bruno Award this year,” said Liam O’Hara, Associate Professor at Clemson University and current TAGA President. “Working alongside Dr. Bohan on the TAGA Board of Directors, I know that he has an outstanding record of service to the print industry and the TAGA organization itself. Dr. Bohan’s career in many ways embodies the stated mission of TAGA, ‘sharing and disseminating theoretical, functional and practical information on current and emerging technologies for Graphic Arts print production and related processes.’ His award is richly deserved.”

In Dr. Bohan’s current role, he operates as the business driver for Heidelberg’s Prinect Workflow—the fully featured Business Intelligence Platform designed specifically for printing. Prinect acts as the backbone for all production and is a transformative tool for integration in print manufacturing. The only end-to-end workflow in the industry, Prinect has delivered a high level of satisfaction and benefit to customers in the U.S. in part due to the efforts of Bohan and his team.

“This is a very exciting time in the print industry, and Heidelberg has been at the forefront of several of the recent developments,” said Bohan. “Working as a part of the wider Heidelberg team has been exceedingly rewarding because we’ve been working towards optimizing a company’s complete eco-system, not just individual components. By delivering higher efficiency and profitability from a production and business perspective, we are helping customers achieve their best business results possible.”

In August 2016, Bohan began his role as Director of Prinect & CtP, but he has been a part of the Heidelberg family since November 2015 when he started as a business consultant. He was brought into the position based on his broad industry and consulting experience.

Bohan has been involved with many organizations focused on graphic arts and print. He currently serves on the Board of Directors at TAGA. For the past 20 years, he has been involved in the development of graphic arts ISO standards and is a U.S. expert on ISO TC130. He also has participated in various other organizations and has served as Director for The Color Group (GB). Previously, he served on the Board of Directors at CIP4 for 6 years.

Throughout his career, Bohan has spoken at over 250 invited lectures and has written 85 press articles and 100 publications. In 2010, Bohan was awarded the “Alien of Extraordinary Ability” by the U.S. government for his activities in graphic communications.

“It has been an honor to work with some of the best global teams in the industry, progressing knowledge and providing new opportunities for the use of print technologies,” said Bohan. “TAGA has provided a fantastic opportunity to explore, evaluate technologies and learn from some of the best scientists and engineers and challenge the existing paradigms. In addition, I have been supported by some legends in the industry and hope to continue in their rich vein. I am truly humbled to be named the 2018 recipient of the Michael H. Bruno Award joining a rich pantheon of those luminaries in the industry.”