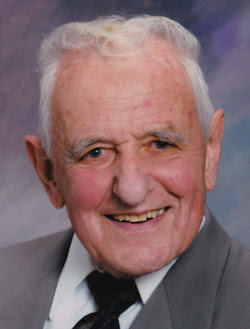 A master in developing friendships, meeting people, and making friends was a passion that Jack practiced throughout his life. He helped people feel good about themselves through his kindness, generosity, and friendly smile. Jack enjoyed serving and working with people so they could be more knowledgeable and valuable in their chosen career, especially in graphic communications education. Through his employment as the Director of Education for many years at the Graphic Arts Technical Foundation (GATF) on Forbes Avenue, Pittsburgh, PA, Jack welcomed hundreds of graphic communications educators from all over the USA and beyond to workshops and seminars that he and his GATF colleagues planned and conducted for numerous years.

Jack was responsible for obtaining funding from GATF member companies to use for scholarships to help graphic communications educators attend the seminars and week-long workshops. He and his colleagues developed a scholarship recipient plan which consisted of mileage circles centering on Pittsburgh and throughout the USA and Canada. The farther away from Pittsburgh, a graphic communications educator lived and worked, the larger the scholarship amount to help cover travel expenses to Pittsburgh. Jack also made arrangements with administrators at both the University of Pittsburgh and La Roche University for lodging in available dormitory rooms so as to keep the overall travel cost as low as possible. This arrangement was also true when GATF Teacher Workshops were held in Chicago prior to an industry show such as the Graph Expos. The selected hotels, usually on south Michigan Avenue, were not in the Waldorf Astoria class, but they provided lodging for the intended purpose. The early evening reception prior to a seminar or workshop was dedicated as a time to relax from the day or more travel to arrive in Chicago and to meet and re-unite with graphic communications teacher friends from throughout the USA, Canada, and sometimes beyond.

Jack and his wife, Doris, greatly enjoyed the opportunity to travel. They, along with Zeke and Maryann Prust, and Erv and LaVada Dennis made several USA and international trips together including a train trip across Canada, an extensive trip throughout Alaska, and several countries in Europe. When possible, the men would attend industry shows such as DRUPA in Dusseldorf, Germany, thus leaving time for the ladies to take city tours and explore the local and regional sights on their own.

On a personal note, Jack and Doris Simich served as 2ndparents to two of our three sons. LaVada and I were most grateful for their generosity. Our youngest son, Seth, earned his law degree from the University of Pittsburgh. Shortly later, our middle son, Aaron, earned his two master’s degrees from the University of Pittsburgh. While both Aaron and Seth were “in town”, Jack and Doris literally served as their adopted parents by making sure they were safe, helped with needed assistance of any kind, and hosted them in their home for evening meals and Sunday afternoon dinners. They also provided “their Boys” with hosted lodging on many occasions during the years when Aaron and Seth were pursuing their academic degrees.

Jack Simich, a scholar, organizer, fund raiser, and mostly, a dear friend, has been taken from this earth, but he will not be forgotten for many, many years to come. He left a legacy that simply cannot be duplicated – Jack “We miss you now and will miss you for uncountable years into the future.”

GCEA would like to thank Erv Dennis for preparing this memorial for Jack.