Automated image masking with Amendo Extension
While Amendo has been automatically creating cut paths for images on white backgrounds, the new version of the Amendo Extension now allows you to crop images with colored backgrounds. This is made possible by a link to the clipping portal remove.bg. Amendo users, who have a license key from remove.bg, can deposit the key in Amendo so that the new Amendo "Remove Background" module sends images with colored or more complex backgrounds to remove.bg. Once remove.bg created the clippings, Amendo feeds them back into the workflow for further processing. 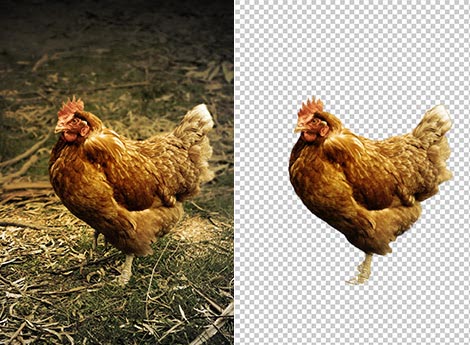 Differentiation of image border and background by maximum color value in RGB images
If images with bright borders are placed on a white background, e.g. on a website, the viewer will not be able to see where the image ends and the background begins. With the new "Minimum/Maximum Tone Value" functionality, the adjustment of image border and background can now be automated not only for CMYK, but also for RGB images. This is done by a targeted, controllable reduction of brightness at the image edges.

Special treatment of skin tones for backlit shots
An unwanted consequence with backlit photos is that the faces can often appear too dark. This effect can now be avoided with a new slider. Now users can define the degree of brightness themselves.

Time and cost savings through efficient image processing
With the release of Amendo 20.2, OneVision further increases the level of automation in the image editing process for traditional publishers such as newspaper and magazine publishers as well as catalog and photo book printers, web shops and online portals, hence making a significant contribution to profitable yet high-quality editing.

The Amendo 20.2 is now available for free download to users with maintenance contracts. Learn more about print production automation in our webinars: www.onevision.com/webinars