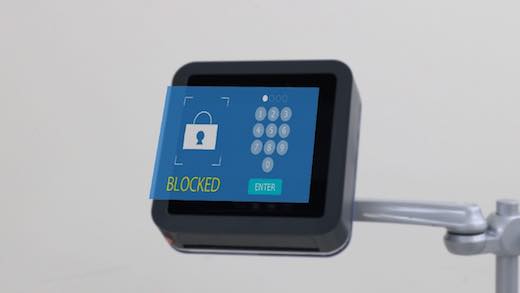 ©Toppan Printing Co., Ltd. (The display image in the photograph above is a computer graphic representation)

Tokyo – Toppan Printing (Toppan), a global leader in communication, security, packaging, décor materials, and electronics has responded to the recent increase in demand for contactless touch panels by developing an aerial touch display with a body that is 50% slimmer than conventional devices. The display can be operated when hands are wet or covered by gloves, thus enabling use in medical and clean room settings. Sample shipments will be launched in December this year, with full-scale mass production scheduled for 2022.

Heightened demand for contactless touch panels is being seen as measures are taken to prevent the spread of novel coronavirus infection. Until now, the use of devices that create floating images and detect the movement of users’ fingers with sensors has been limited because the depth required by the structure can make installation in many locations difficult. Visibility problems have also been experienced with conventional aerial touch displays. Visuals tend to be dark and blurry and ghost images appear due to light leaking in unintended directions as it travels through the plate.

Toppan has leveraged its expertise in optical and structural design for industrial-use high-definition LCDs to develop a space-saving, slim aerial touch display with high-visibility that can be embedded into walls. It is the world’s first product of its kind to generate aerial images that are parallel to the LCD panel. This contrasts with conventional designs displaying images at an angle of approximately 90 degrees.

Testing by Toppan has shown that the use of its high-transmission TFT display and optical design technologies produces a display that achieves a luminance roughly five times that of conventional products and enables the generation of clear aerial images that are free of ghost images (related patents pending).

Toppan’s display uses infrared spatial position sensors and Time of Flight (ToF) range-imaging sensors to detect when users touch elements of the aerial image. This facilitates intuitive, contactless operation by hand or by using an item such as a pen. The display’s restricted viewing angle of 15 degrees left and right prevents PINs, passwords, and other sensitive information being seen by people nearby, making it ideal for use in settings requiring high levels of security. The new aerial touch display features a 7-inch high-contrast, high-luminance TFT display with a resolution of 800 x RGB x 480 (WVGA). Samples have a width of 285 mm, height of 285 mm, and depth of 60 mm and weigh approximately 1.9 kg.

“Toppan is very excited to have successfully developed an aerial touch display of this type,” said Takeshi Iwano, general manager of display marketing in Toppan’s Electronics Division. “The slim form, ability to generate aerial images parallel to the panel, and enhanced visibility significantly increase usability and open up a wide range of possibilities for contactless interfaces for such applications as medical devices, public facility control panels, and access control for high-security locations.”