Worzalla Nominated for “Coolest Thing Made in Wisconsin” Contest 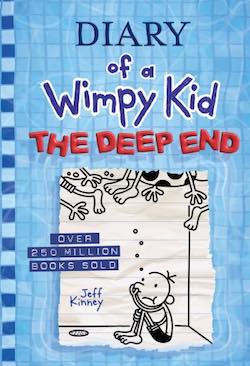 Stevens Point, Wis. – Worzalla, an employee-owned company specializing in printing high-quality children’s books, movie tie-in books and cookbooks, is one of many companies across the state to be recognized by the Wisconsin Manufacturers & Commerce’s “Coolest Thing Made in Wisconsin” contest. The contest, now in its fifth year, aims to highlight the state’s manufacturing industry.

Beginning on September 14, 2020, Wisconsinites can vote for Worzalla’s nomination for manufacturing the #1 New York Times best-selling children’s book series Diary of a Wimpy Kid, authored by Jeff Kinney and published by Amulet Books. As the domestic manufacturing home of the Diary of a Wimpy Kid series since 2007, Worzalla has printed millions of copies of each book in the series, most recently the fifteenth book Diary of a Wimpy Kid: The Deep End that will be released in October 2020.

“At Worzalla, we actually work with many of the country’s major publishers to print a variety of well-known books, including the beloved Diary of a Wimpy Kid series,” said Jim Fetherston, President and CEO of Worzalla. “It’s thanks to our talented and dedicated associates that we are able to create these books to share with children across the country. We hope those across the state will support us by casting their vote for Worzalla as the ‘coolest thing’ made in Wisconsin.”

Each new book in the Diary of a Wimpy Kid series requires about 40 million linear feet of paper, which when laid out end to end is 7,889 miles, roughly the distance from Stevens Point, Wisconsin, to Manila, Philippines. Additionally, each book requires about 450,000 pounds of ink and upwards of 7,500 manhours.

In the first round of public voting for the Coolest Thing Made in Wisconsin contest, a popular vote from September 14 - 20 will determine the Top 16 products that will be placed in a bracket-style tournament of public voting. Products will compete against one another in head-to-head match-ups, and the products that receive the highest number of votes in each match-up will advance to the next round. Following these rounds of voting, the winner will be announced on October 14.

Voting for the Coolest Thing Made in Wisconsin contest will open on Monday, September 14. Individuals can vote once per 24-hour period through Sunday, September 20, for the initial voting round. Votes can be cast at madeinwis.com.