Barry Kallman, Vice President, Sales for the Western Region is retiring effective August 31 st after 31 years with Rollem. He was recruited by Baumfolder in 1972 as a salesman in Southern California, and was subsequently promoted to the Western Regional Sales manager where he built a successful sales team. In the late 70’s Baumfounder was sold and Barry was promoted to the position of Western Regional V.P. of Sales and Marketing. Barry was responsible for Baumfolder donating one of their products to Cal Poly Colleges Graphic Arts Dept.

In 1988, after Baumfolder was sold again Barry was approached by Larry Corwin at Rollem Corporation of America to join them and help market a new product, the TR Die Score System. He eagerly joined them in 1989 as VP of Sales and helped Rollem become one of the leader’s in Print Finishing Systems throughout the world. Barry sold in the US, Canada, Indonesia, South Africa, Australia and the Philippines. 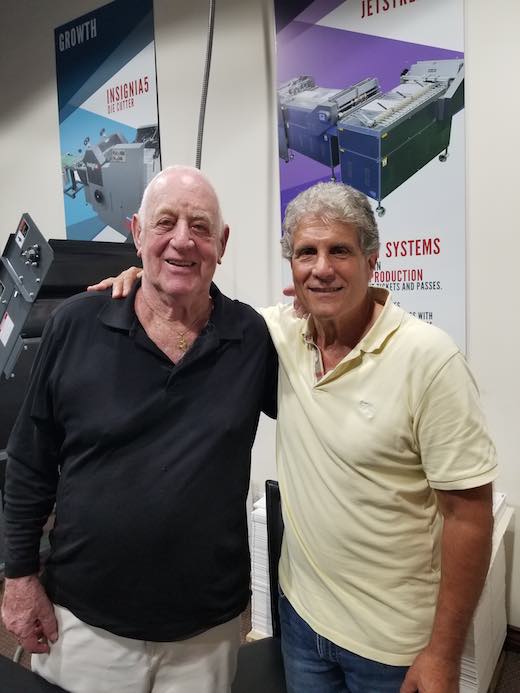