According to the latest edition of County Business Patterns, in 2020 there were 2,357 establishments in NAICS 51113 (Book Publishing). This represents a decrease of 21% since 2010. In macro news, October retail sales were up. 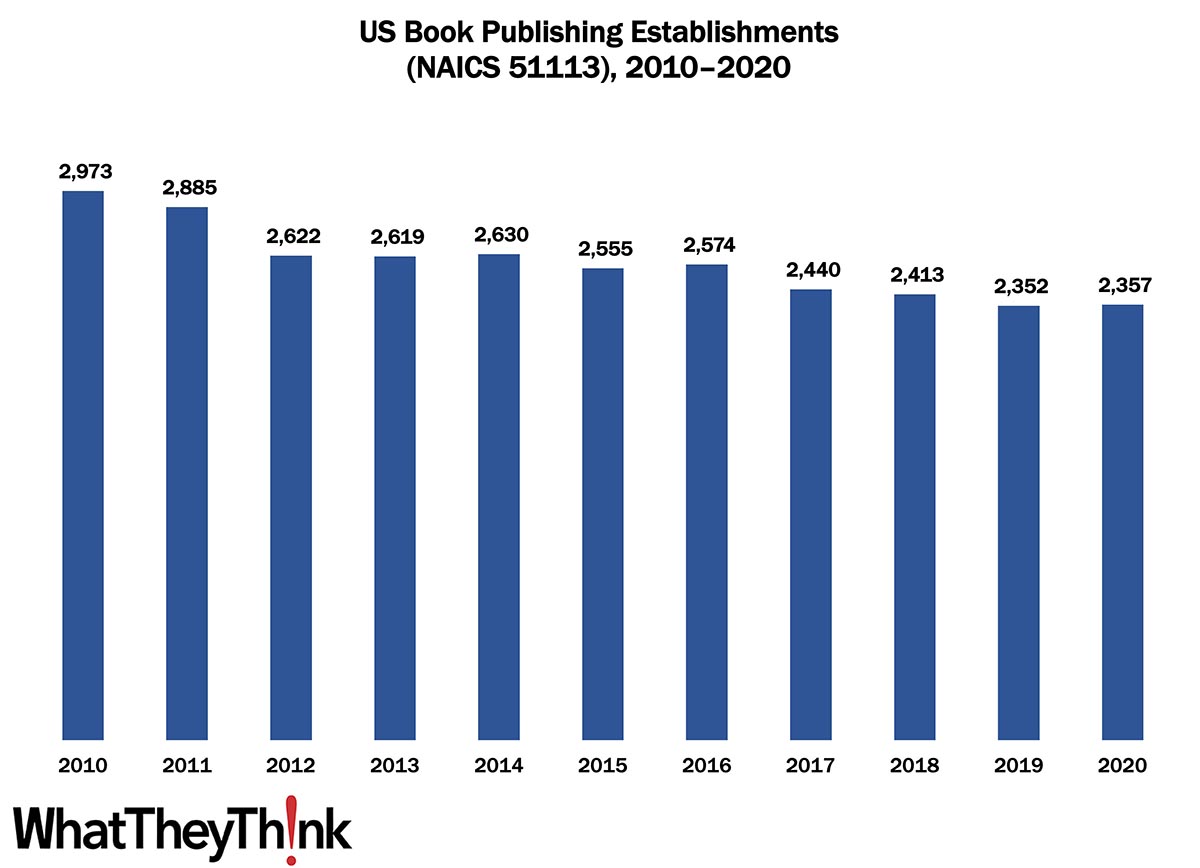 Our Friday data slice’n’dice look at the latest edition of County Business Patterns has been detailing the publishing industries. As 2020 began, there were 2,357 establishments in NAICS 51113 (Book Publishing), a decrease of 20% since 2010.

We’ll look at Non-Employer Statistics* at another time, but it’s worth noting that at least as recently as 2016 there were an estimated 7,977 small or self-publishers in this category. Technology enablers such as electronic publishing, on-demand book production, and e-commerce through companies like Amazon (Createspace) have led to a growing specialty publishing market. When you factor in the ease of creating and publishing ebooks (which are often given away or sold for only a token amount as more of a self/business promotion strategy or tie-in to a speaking gig), some, perhaps many, “book publishers” may not classify themselves as such.

Book publishing establishments are concentrated at the lower end of the employee-count spectrum. Small publishers (1 to 9 employees) comprise the bulk of the establishments, accounting for 71% of all establishments, with the other three size classifications just about equal. 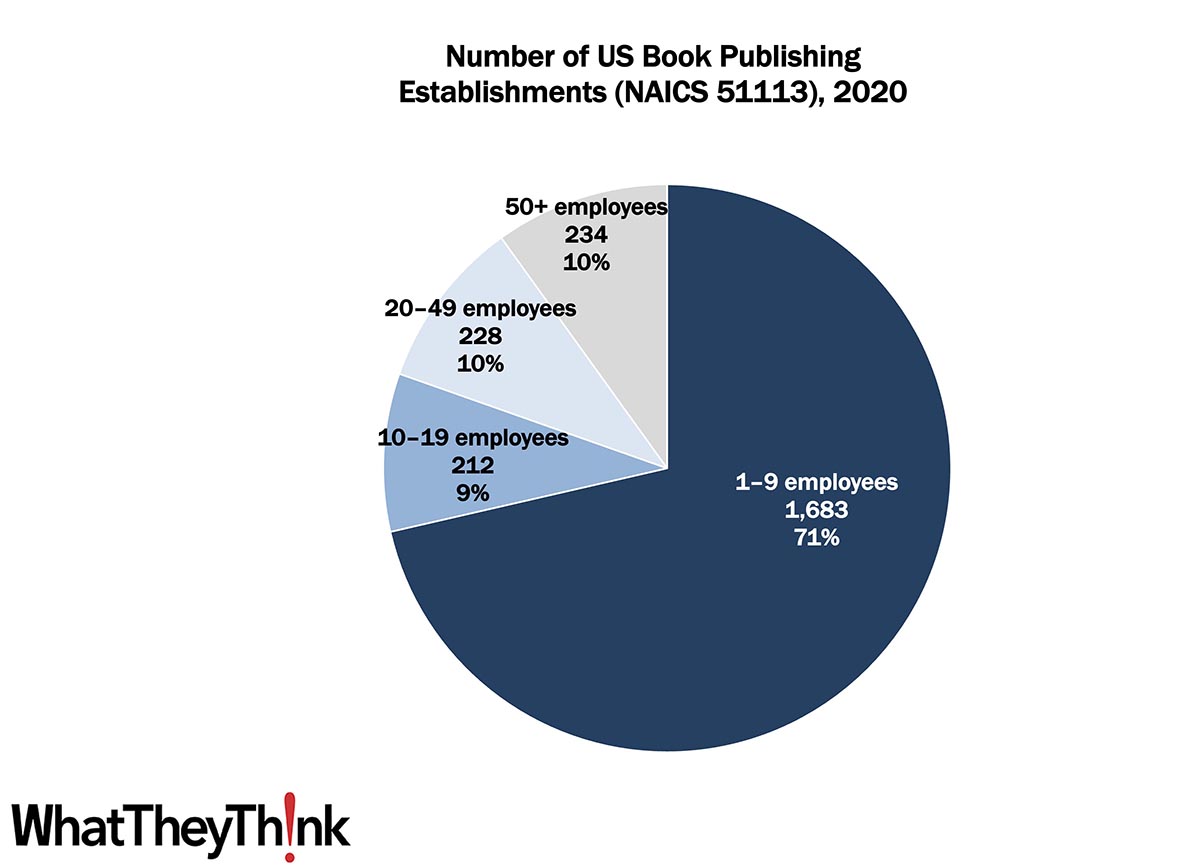 According to the Census Bureau, retail sales in October were up:

Advance estimates of U.S. retail and food services sales for October 2022, adjusted for seasonal variation and holiday and trading-day differences, but not for price changes, were $694.5 billion, up 1.3 percent from the previous month, and 8.3 percent above October 2021. ... The August 2022 to September 2022 percent change was unrevised from virtually unchanged.

* “Non-Employer Statistics” is where the Census Bureau tracks freelancers, sole proprietorships, and other small businesses or individuals. For our purposes, these include graphic designers, small agencies, and small or self-publishers.