According to the latest, recently released edition of County Business Patterns, in 2020 there were 6,567 establishments in NAICS 51111 (Newspaper Publishing). This represents a decrease of 16% since 2010. In macro news, early estimates of Q3 GDP getting more bullish. 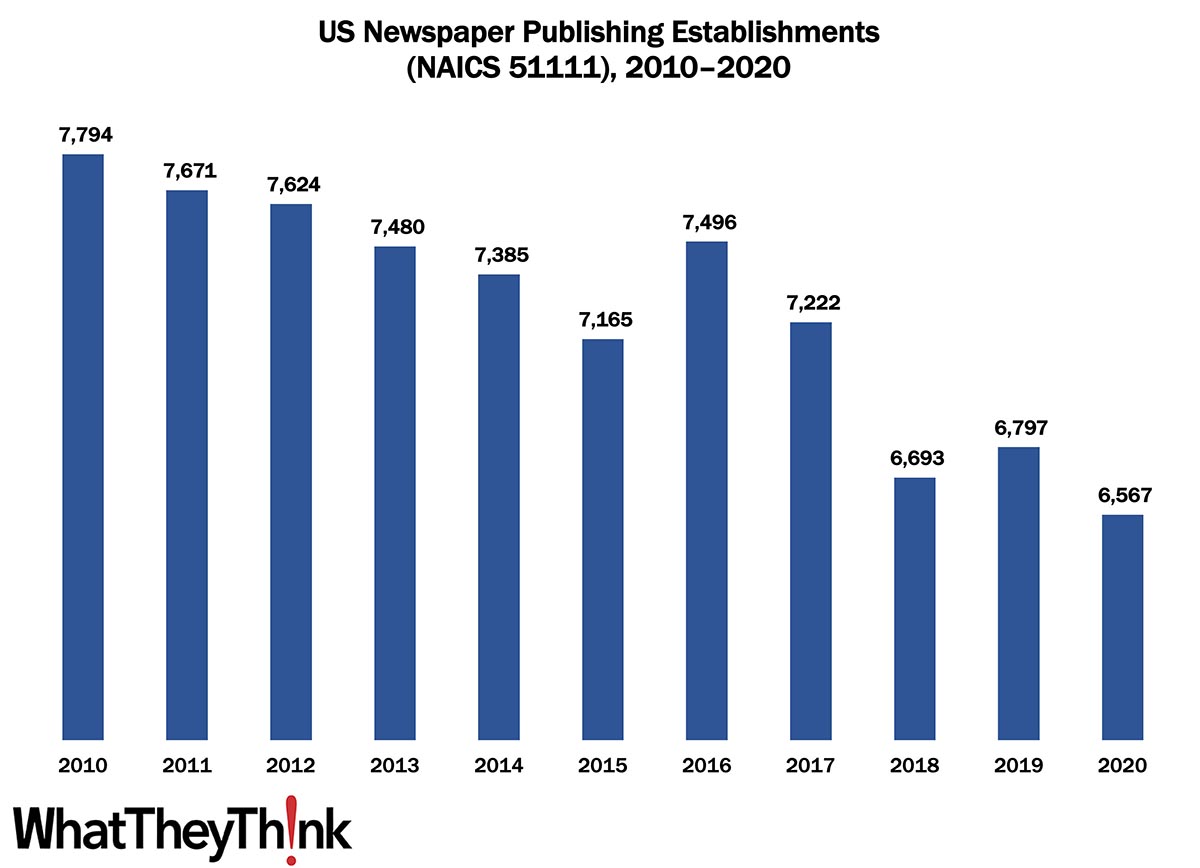 Our Friday data slice’n’dice look at the latest edition of County Business Patterns has been detailing the publishing industries. As 2020 began, there were 6,567 establishments in NAICS 51111 (Newspaper Publishing), a decrease of 16% since 2010.

It’s tempting to blame the Internet on the decline of newspaper circulation, but that really only hastened a trend that started with the advent of television (and the nightly news) and then by the advent of 24-hour cable news. At the same time, there has been tremendous consolidation among newspaper publishers, with one company owning many local papers, and even centralizing editorial and production facilities. The hardest hit have been small, local papers, which has serious consequences for local journalism.

As we saw in the printing categories, publishing establishments are concentrated at the lower end of the employee-count spectrum. Small publishers (1 to 9 employees) comprise the bulk of the establishments, accounting for 66% of all establishments, with the other three employee size categories equally sized at 11–12% each. 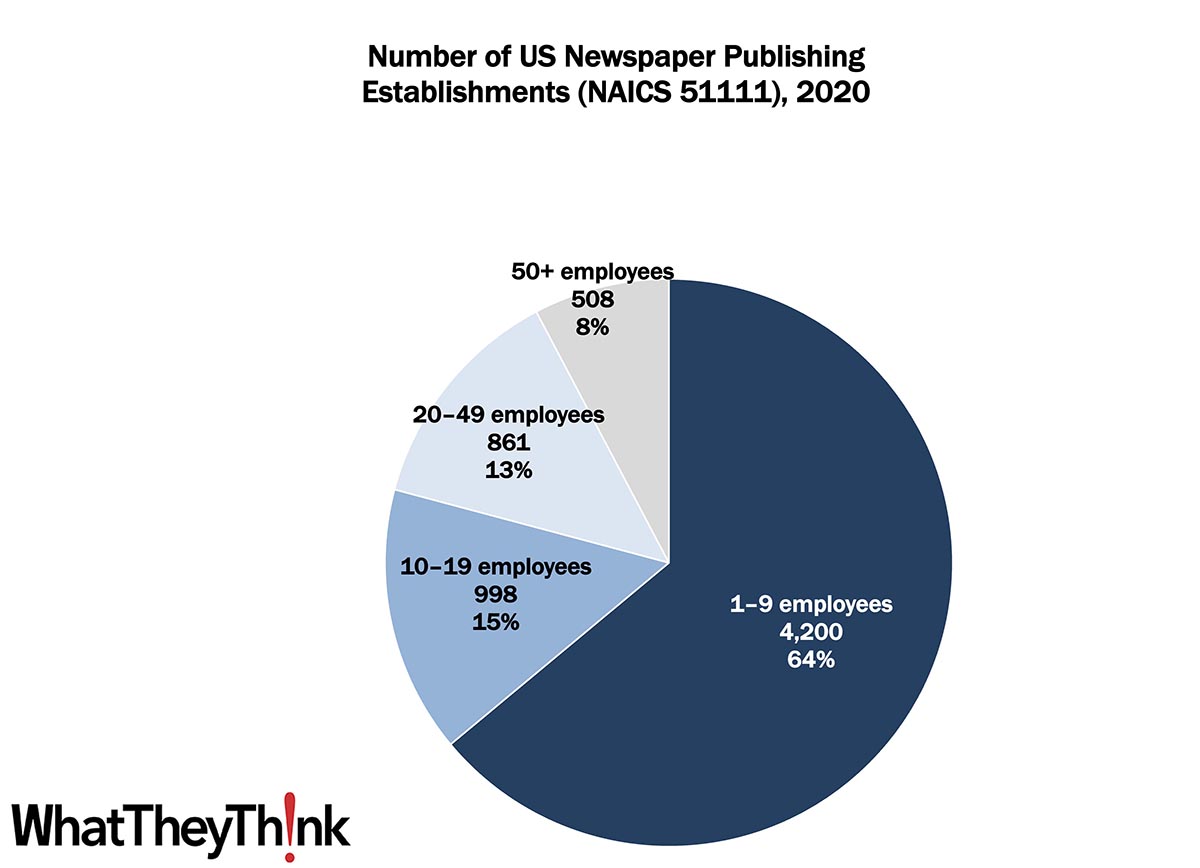 Last week, Calculated Risk rounded up some early predictions of Q3 GDP, which are getting a little bit more bullish:

OK, not hugely bullish, but at least they’re not negative. The official advance estimate of Q3 GDP from the Bureau of Economic Statistics will be released October 27. You may recall that Q2 GDP decreased by -0.6%.