According to the latest, recently released edition of County Business Patterns, in 2020 there were 5,563 establishments in NAICS 323113 (Commercial Screen Printing). This represents an increase of 25% since 2010. In macro news, 2Q GDP revised up to -0.6%. 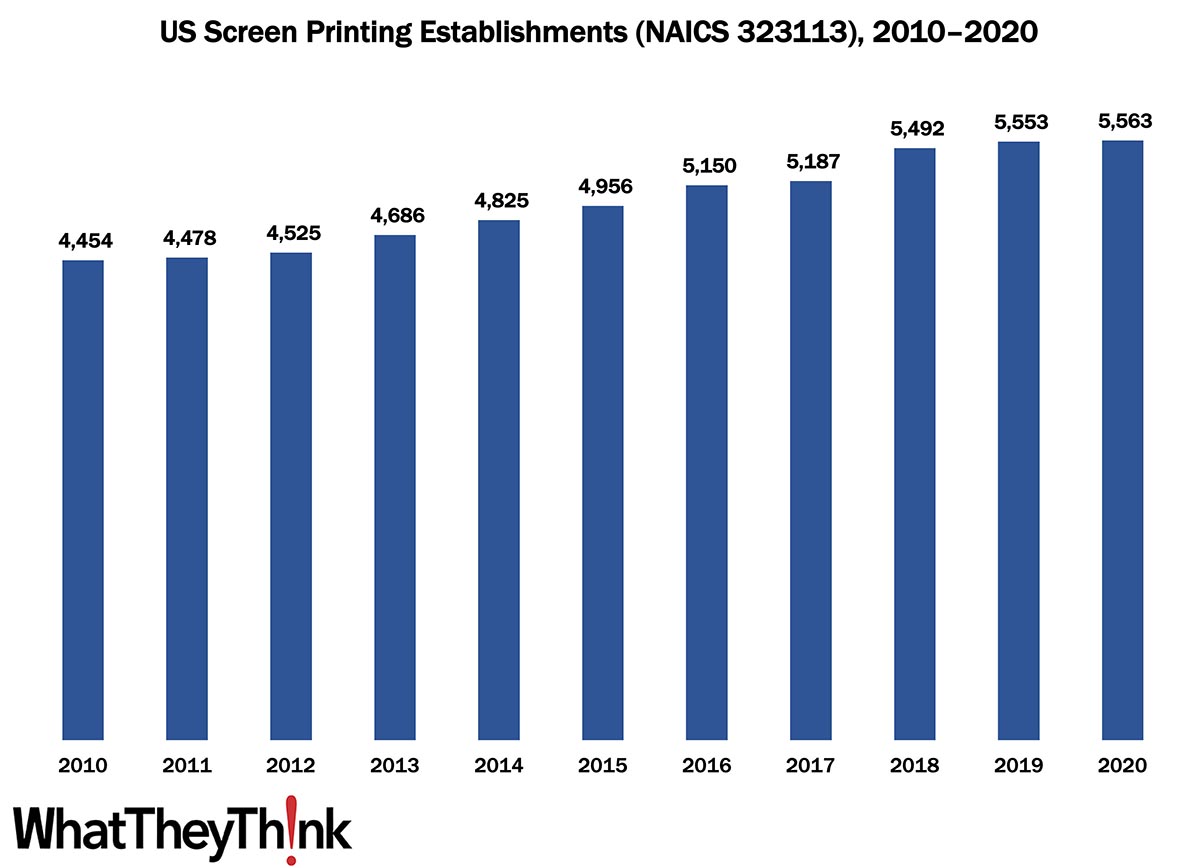 As 2020 began, there were 5,563 establishments in NAICS 323113 (Commercial Screen Printing). This represents an increase of 25% since 2010, the only commercial printing category that has seen a steady (or any) growth in establishments. This is thanks to the rise of specialty printing. Screen is commonly used to print on textiles (T-shirts being the emblematic example), and these kinds of promotional items really started to take off in the past decade. Couple this with the rise of short-run and digital technologies that can complement screen, and as demand for specialty items has increased, establishments have grown to take advantage of this hot print application area. It’s very common to find hybrid screen/digital shops, and even hybrid screen/digital workflows for the same products—kind of like the “digital printing on offset shells” approach that used to be very popular (and still exists to a large extent) among commercial printers. And let’s also not forget the growth of industrial printing, in which screen and pad printing also play a very large role. 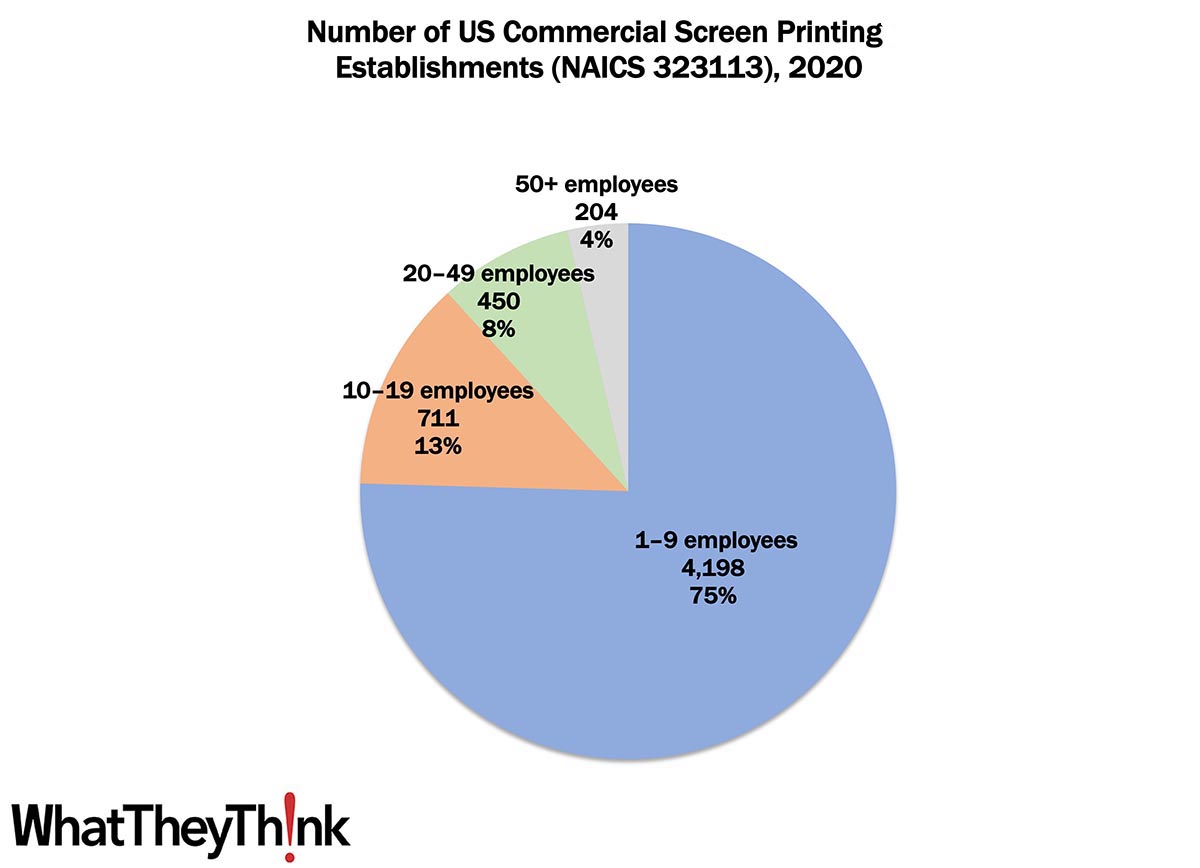 Yesterday, the Bureau of Economic Analysis released its second estimate of Q2 GDP:

Real gross domestic product (GDP) decreased at an annual rate of 0.6 percent in the second quarter of 2022 (table 1), according to the "second" estimate released by the Bureau of Economic Analysis. In the first quarter, real GDP decreased 1.6 percent.

The GDP estimate released today is based on more complete source data than were available for the "advance" estimate issued last month.  In the advance estimate, the decrease in real GDP was 0.9 percent. The update primarily reflects upward revisions to consumer spending and private inventory investment that were partly offset by a downward revision to residential fixed investment 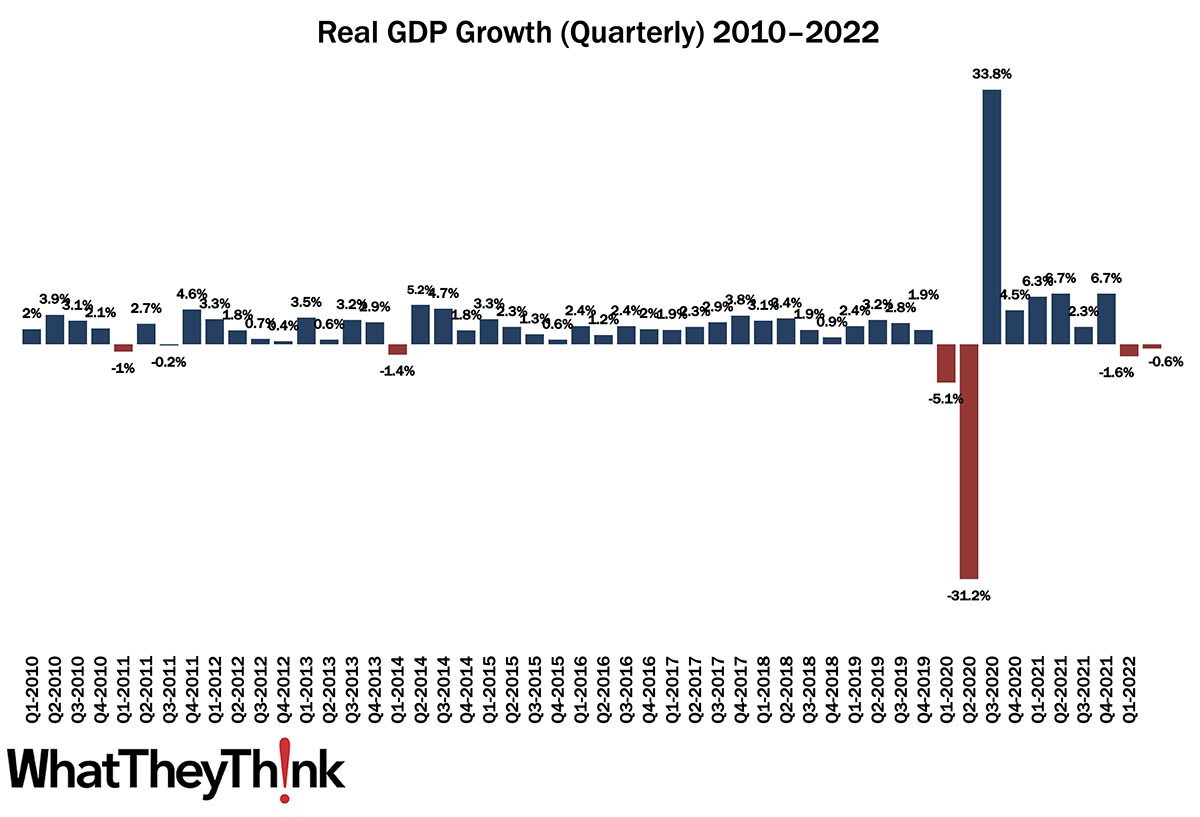 If you want to dig into a detailed comparison of the two estimates, check it out here.