Printing Profits: Back to Pre-Pandemic Levels 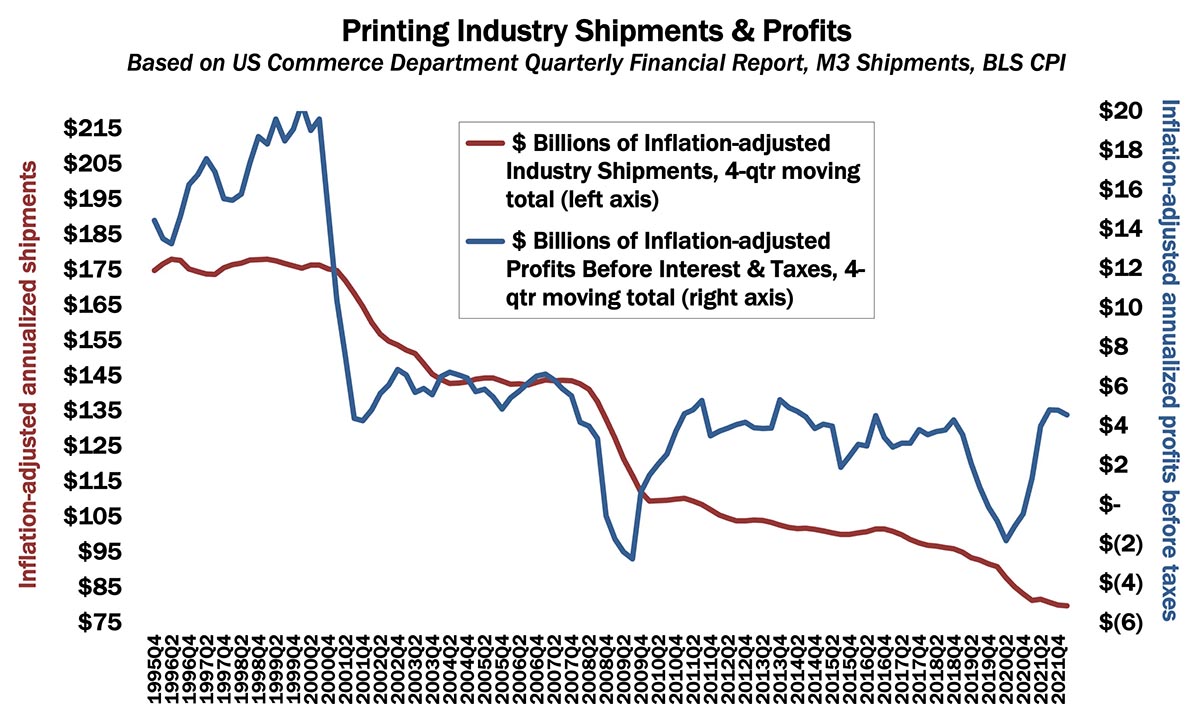 Despite COVID, printing industry profits have been pretty good (heck, we don’t need a pandemic to be unprofitable) with annualized profits for Q1 2022 coming in at $4.55 billion, down a tad from $4.79 billion in Q4 2021.

In Q1 2022, for large printers (those with more than $50 million in assets), profits before taxes had been +1.62% of revenues, not the greatest of quarters, but not the worst either. For smaller printers (less than $50 million in assets), profits before taxes in Q1 were +9.48% of revenues, Again, not the best but not the worst quarter. We had been referring to the disparity between “big” and “small” printers as our “Tale of Two Cities” since there had been a great profit disparity between those two asset classes, although the Census Bureau’s adjustment to $50 million as the break point (see below) now disrupts that narrative a bit. So in Q1 2021, all printers big and small did better profitwise, which means that, for the industry on average, profits before taxes were +4.79% of revenues, up from Q4’s +2.84%. For the last six quarters, profits have averaged +5.27% of revenues.