According to County Business Patterns, in 2010, there were 41,489 employees in NAICS 51114 (Directory and Mailing List Publishing). Over the course of the decade, employment had plummeted to a low of 14,379. In macro news, new business creation has been at record highs. 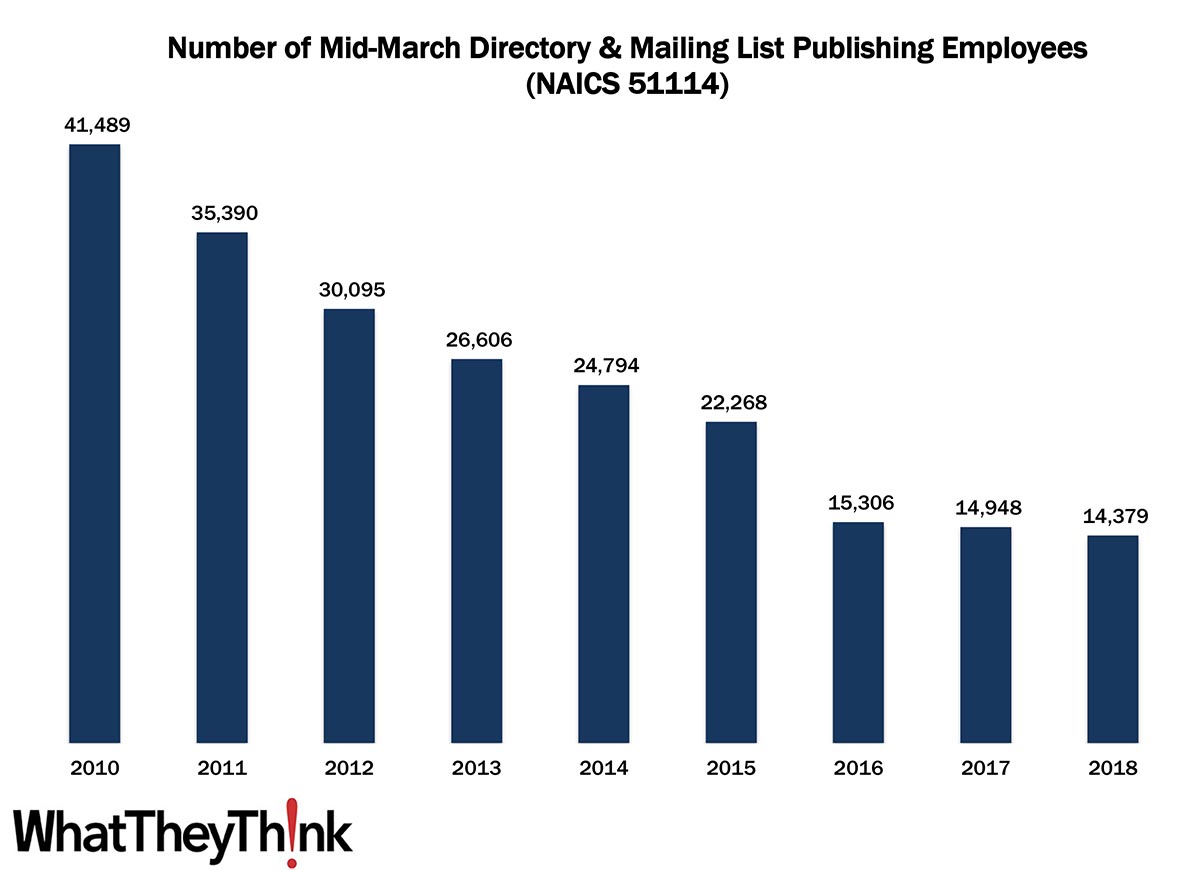 In 2010, there were 41,489 employees working in Directory and Mailing List Publishing (NAICS 51114) establishments; by 2018, that number had plummeted to 14,379, reflecting what we saw with establishments. There is no mystery to what is happening with these businesses: directories and mailing lists, when they haven’t been replaced by Google, are distributed almost entirely electronically. The USPS’s underutilized Every Door Direct Mail (EDDM) bypasses traditional directory publishers (when it’s used at all), as some commercial printers—such as 4Over—offer and stress their EDDM services.

There are many aspects of the post-pandemic recovery that are unusual or at the very least atypical, but one is that business applications have been at all-time highs: 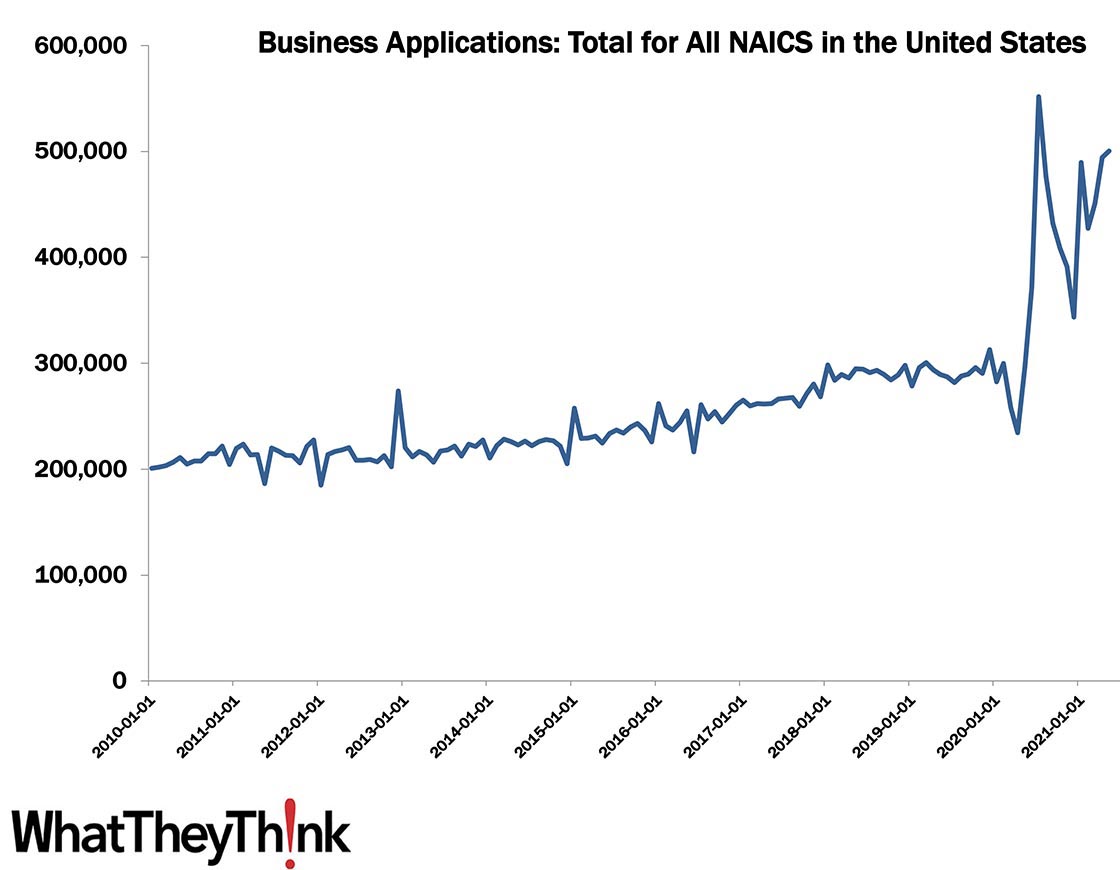 Sure, some of this reflects a backlog of applications from March and April 2020, but an article late last year in the Economist believes these figures “reflect a genuine rise in American entrepreneurship. Based on a different survey Goldman Sachs, a bank, finds that the share of respondents starting a new business in the past three months has also risen sharply.”

Could this be why everyone has been having such problems filling job vacancies, people are starting their own businesses? Could be—maybe the pandemic and lockdown made people more entrepreneurial, or perhaps the pandemic made more and more people rethink their life and career and give pursuing a dream a go. We’ll leave the armchair psychoanalysis to the professional pundits, but still, as a story in the Wall Street Journal back in April put it, this has been a great time to search for investors in a business, especially a technology startup:

In the first quarter this year, U.S. startups raised $69 billion from investors—41% more than the previous record, set in the fourth quarter of 2018, according to data firm PitchBook Data Inc. The average valuation for startups at all stages also reached a new high, and more than tripled from last year to $1.6 billion for late-stage companies.

… Investors are offering startups five times—or more—the amount of money they are asking, and deals that used to take months now sometimes close in days, according to venture capitalists, deal makers and founders. Startups are raising cash every few months rather than every couple of years, and valuations are soaring with each new check, these people say.

The rate of people quitting their jobs has also been at a high not seen since 2000. Once all the dust clears, it will be interesting to see what the economic landscape looks like—are these permanent trends or is this a brief frenzy of activity before life gets back to what it had been?