April 2021 printing shipments came in at $6.80 billion, a slight downturn from March’s $6.98 billion, but is consistent with the pattern we have been tracking over the past five years. 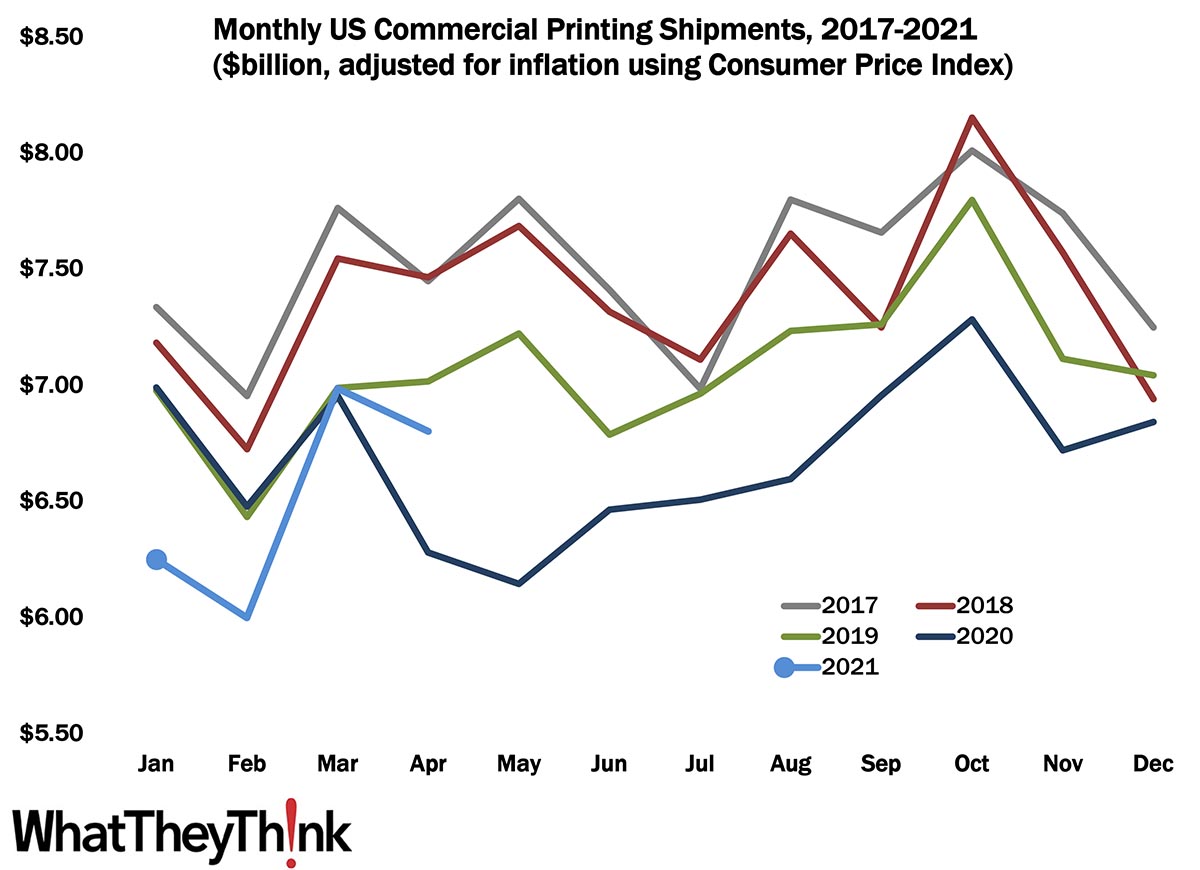 April printing shipments came in at $6.80 billion, down a little from March’s $6.98 billion. In three of the four previous years, April shipments did drop from March, so perhaps we’re getting back onto the “normal” seasonality. Still, we need to be cautious about looking at these data (as well as other macroeconomic data) and jumping the gun on what it means about a recovery/rebound. While, yes, we do excitedly trumpet any good news in monthly or quarterly data reports, the fact remains that it is still very early in the recovery to say for certain that we’re back to normal. The COVID recession was a highly unusual recession, and we should not expect that the recovery is going to be any less unusual. The month-to-month data series are going to be a bit noisy for a while, so there will be more value in looking at longer-term trends—like the 2020 line in the above chart, which pretty accurately illustrates the year we had, but at the time, every new month’s shipments release was kind of like the data equivalent of a Rorschach test, whose interpretation was in no small part a function of the psychological state of the analyst (and it may still be, or may always have been)—as well as, of course, anecdotal evidence of what we hear from printers, vendors, associations, and others we talk to on a regular basis.

At any rate, we are tentatively encouraged, but after all the plot twists we saw last year, we should be prepared for anything.