Not all printing industries were suffering from declining revenues in recent years, as the numbers for Hungary already showed in the last edition. Also, Lithuania and the other Baltic states did experience good growth in print revenues. Benefitting from pent-up demand and export opportunities into Western Europe, the pre-coronavirus output for Lithuania was about 18% higher than 2015 volumes. As numbers are fluctuating a bit, normally these numbers should be analyzed with some form of statistical smoothing, but this would obscure the impact of the COVID-19 pandemic as well, so the unfiltered data is displayed below.

Unlike in most other European countries, there was no strong dip in production volumes at the height of the pandemic. The production volume index dropped in May to 117%, based on the 2015 production average. As volumes were in the 123% range before (compared to 2015), the drop only amounts to a 6% lower score than the pre- coronavirus average. This compares very favorably to the EU country average where the output fell by 31% in April compared to 2019.

In August to October, the production output in Lithuania even climbed above the pre- coronavirus average, indicating that 2020 volume will be at least on par with 2019. If these high output numbers continue in the last two months of the year, there could even be growth in 2020.

A similar development was seen in Latvia. There was a minimal drop in production volumes in spring 2020. Values kept rising afterwards and, since August, were surpassing the average 2019 volumes again.

The third Baltic state of Estonia developed somewhat differently. Production volumes dropped noticeably in April with a decline of 31%—on par with the EU average. Since then volumes recovered, but despite a strong month in July volumes remain 10% below the pre-coronavirus average since. 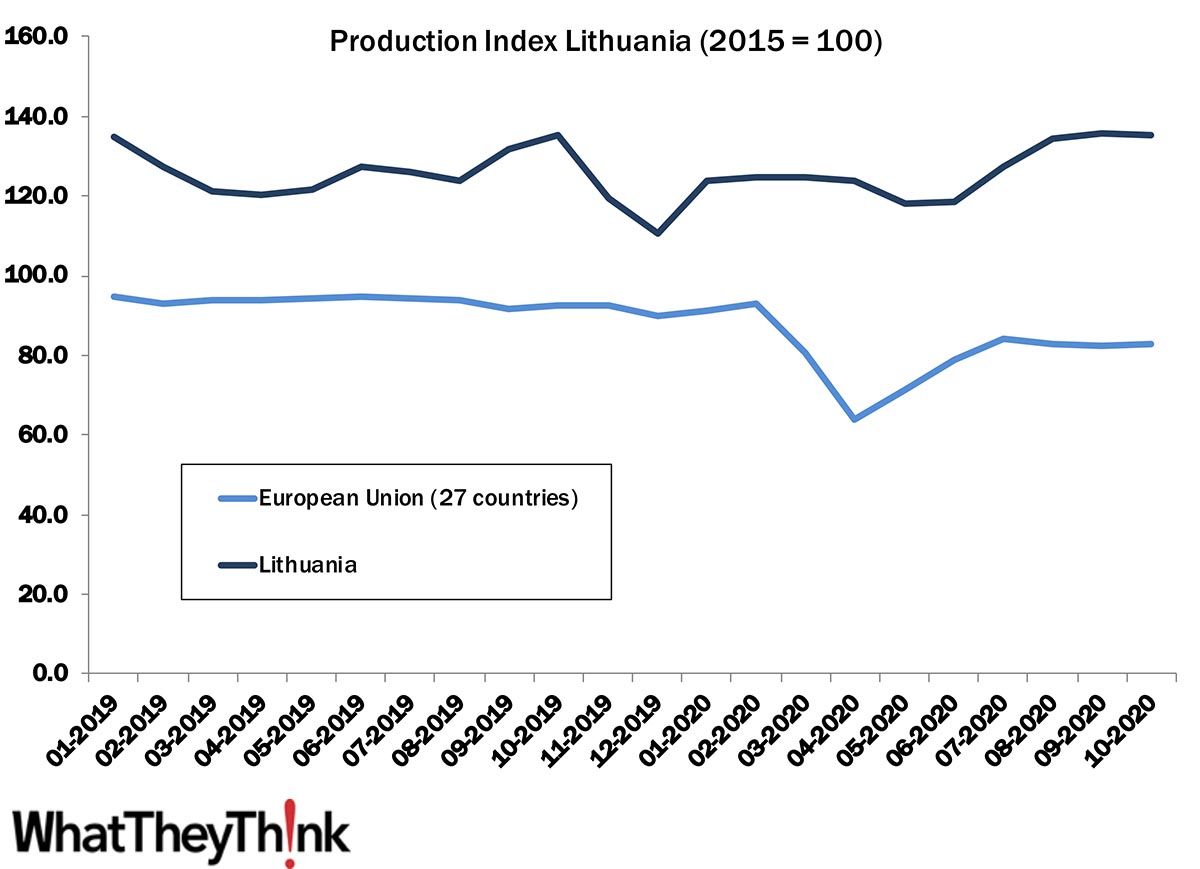 The index data gives a timely reference on how well industry sectors are doing. The indices do not show absolute money values, however. A less timely series gives insight into the production value in million euro on a yearly basis.

The three Baltic states have similar production values for print in the range of €220 to €250 million per year. Combined, this would equal the revenues of Hungary or surpass Ireland or Greece.

Production value for the printing industry in Lithuania did grow from €127 million in 2009 to €226 million in 2018. This represents an average annual growth of 6.6%. Estonia and Latvia did see similar growth, although revenues in Latvia stalled between 2015 and 2017. The data from Estonia is patchy but does suggest a good overall growth as well.

Internal demand and growth in exports drove the development and 2019 production vales should show additional growth. It seems that COVID-19 will not leave much of a dent in 2020 revenues and for Latvia and Lithuania—revenue growth is even possible. 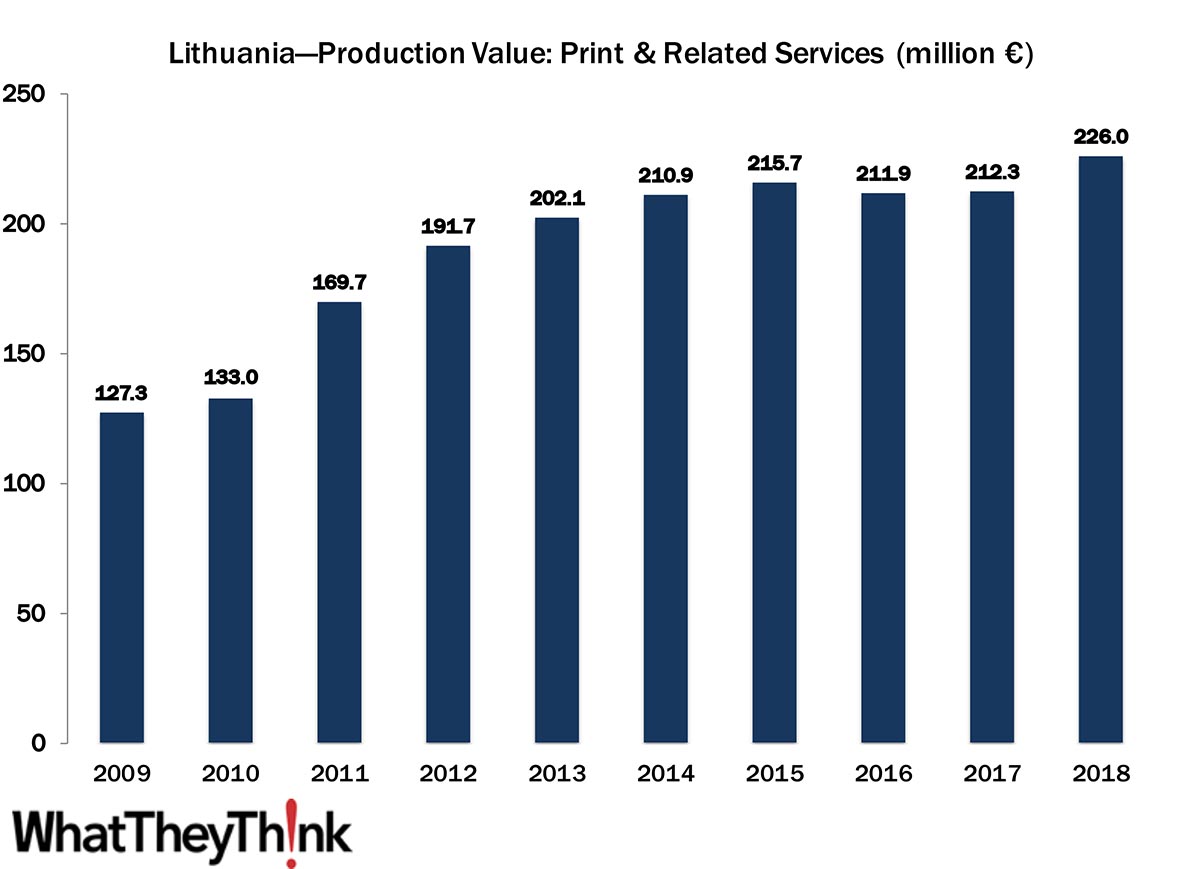