Not all printing industries were suffering from declining revenues in recent years, as the numbers for Hungary are proving. Benefitting from pent-up demand and export opportunities into Western Europe, the pre-coronavirus output was about 13% higher than 2015 volumes. As numbers are fluctuating a bit, normally these numbers should be analyzed with some form of statistical smoothing, but this would obscure the impact of the COVID-19 pandemic as well, accordingly the unfiltered data is displayed below.

Like in most countries, the low point for Hungary during the COVID-19 pandemic was reached in April. The production volume index dropped to 99% of the 2015 production average. As volumes were higher in the time before, the drop amounts to a 13% lower score than the pre- coronavirus average. The drop is less severe than for the EU country average where the output fell by 31% compared to 2019.

As the drop was less severe than in other countries the recovery was more moderate but basically continued into October (disregarding some fluctuations along the way). October numbers seem a bit high, although this could be a statistical artifact following a low September number and could be revised in the following months. The production index numbers already made up for all losses during the COVID-19 dip, hence more growth is unlikely or will be at a very moderate level. As export destination countries in Western Europe are tightening up measures again, it could even bring some volume slowdown. 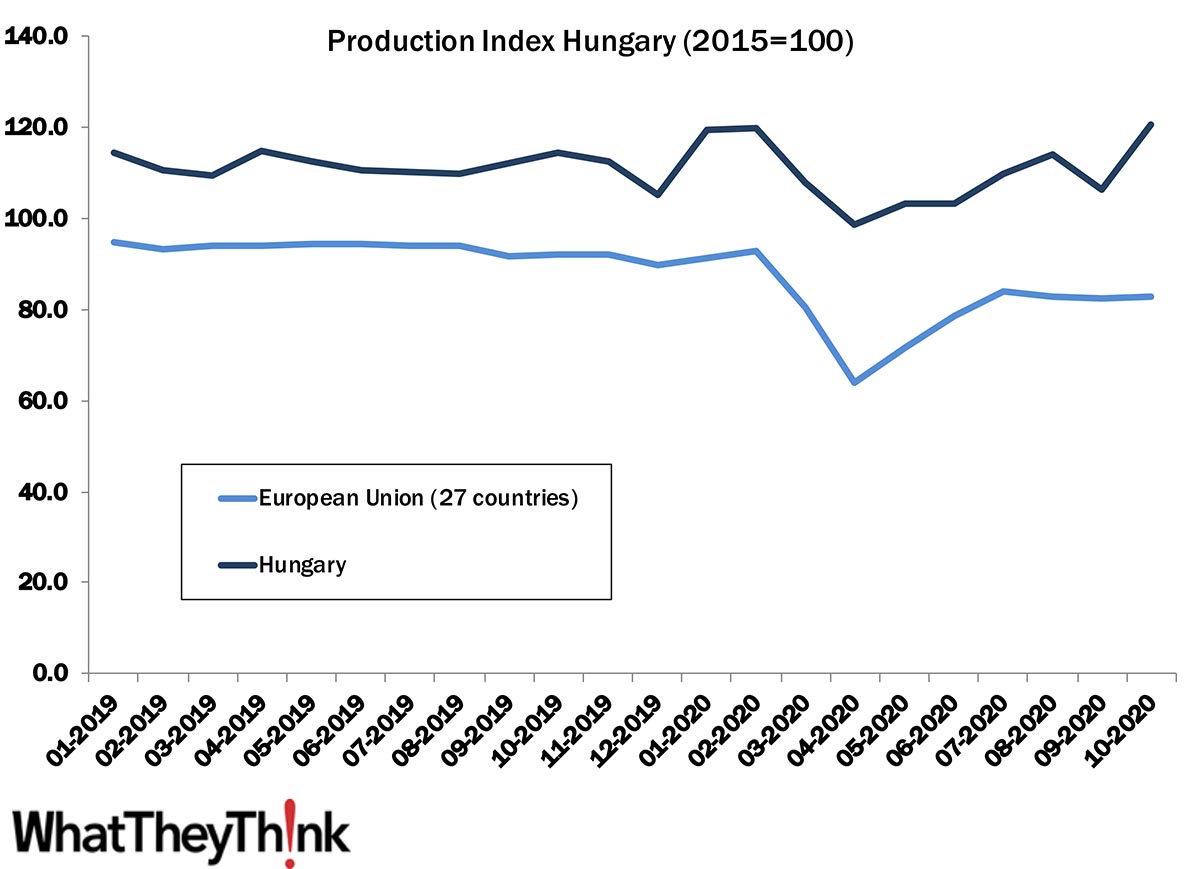 The index data gives a timely reference on how well industry sectors are doing. The indices do not show absolute money values, however. A less timely series gives insight into the production value in million euro on a yearly basis.

Production value for the printing industry in Hungary did grow from €658 million in 2009 to €796 million in 2018. This represents an average annual growth of 2.1%, although values for 2012 and 2013 did experience a dip. Internal demand and growth in exports drove the development and 2019 production vales should show additional growth.

It seems that COVID-19 will not leave much of a dent in 2020 revenues, according to the production volume index. Chances are good that 2021 will see revenues on the growth path again. 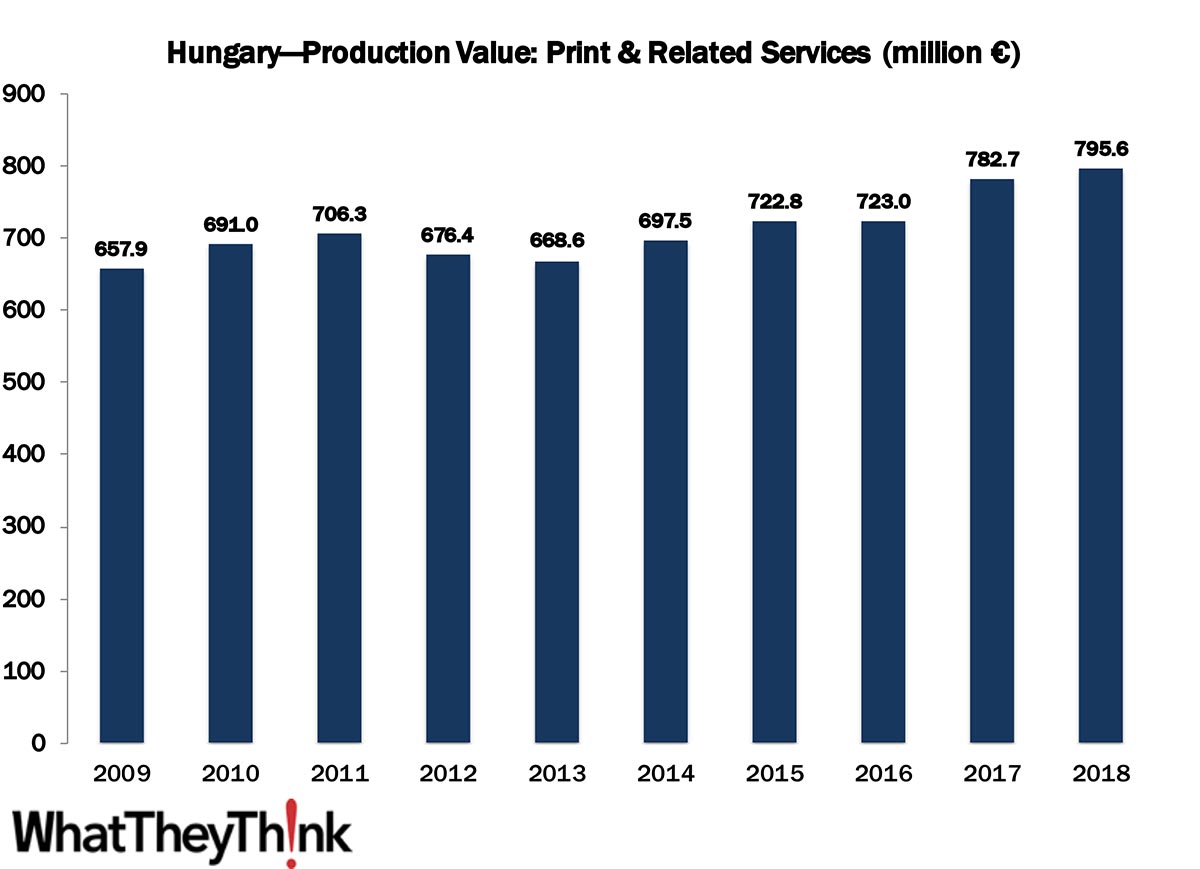