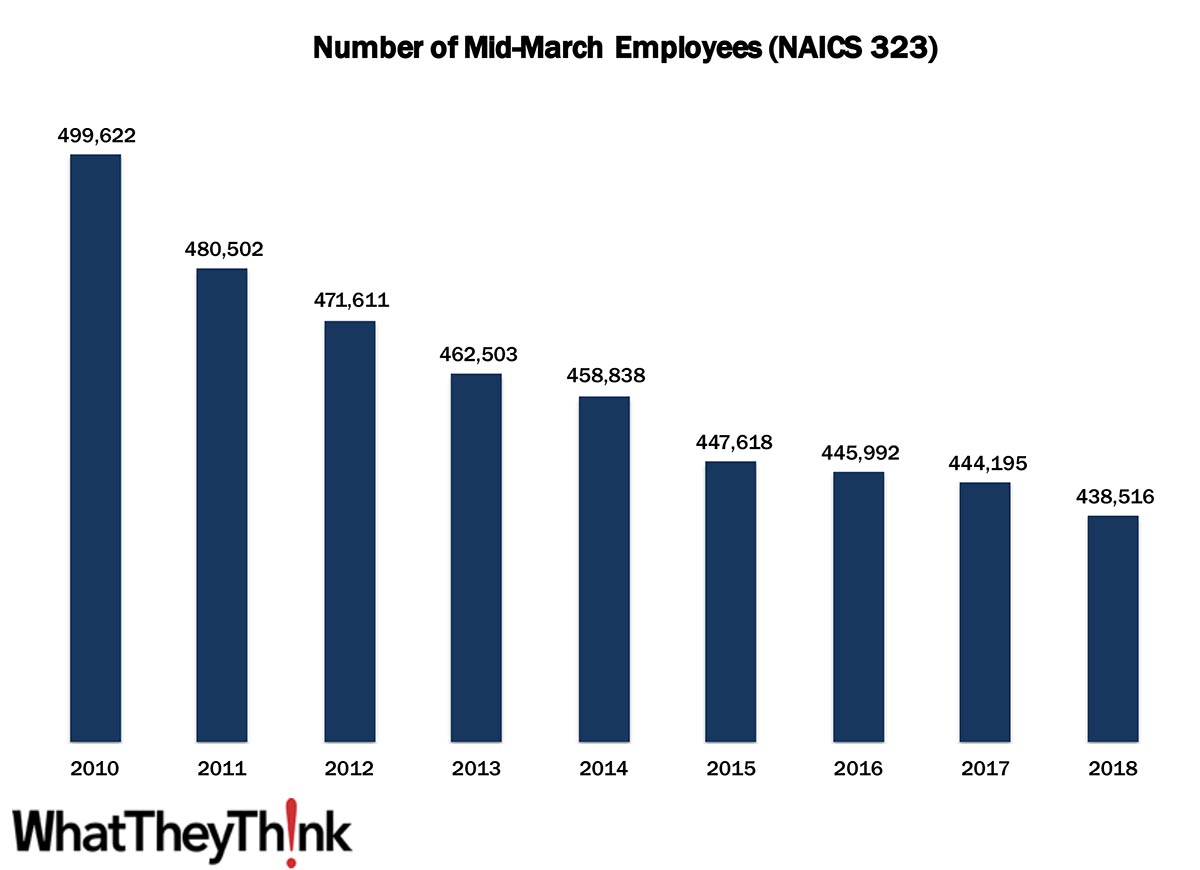 We are starting a new data series in our Friday Data Slice’n’Dice, again based on data from County Business Patterns: employees.

At least in the time period we are looking at here, the decline in industry employment is due to a number of factors:

Industry consolidation, especially in the early part of the decade, although employee declines are not solely a case of displaced workers being out on the street thanks to closures or consolidation, although there is some of that. In fact, ask any print business owner and they’ll tell you that finding employees is among their biggest challenges. So a lot of these declines are largely due to retirement and workers otherwise exiting the industry without a ready pool of next-generation employees waiting to be hired.

It’s also interesting that the automation trend runs in an opposite direction in our industry than in other industries. Usually, automation displaces current employees, such as in various kinds of industrial manufacturing businesses. In the printing industry, automation is increasingly being looked to as a solution to employees who have already been self-displaced.

Real gross domestic product (GDP) increased at an annual rate of 4.0 percent in the fourth quarter of 2020, according to the "advance" estimate released by the Bureau of Economic Analysis. In the third quarter, real GDP increased 33.4 percent. 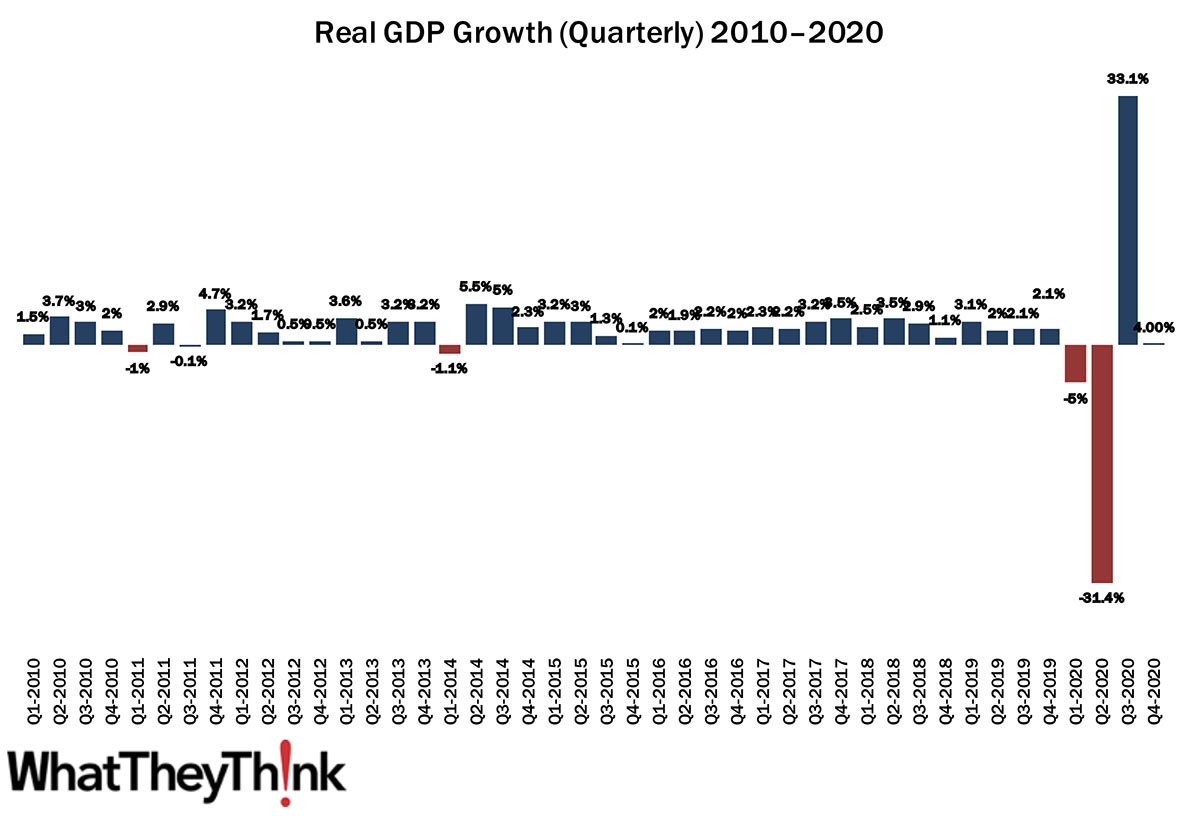 For 2020 as a whole, real GDP decreased 3.5%, compared with an increase of 2.2% in 2019. “The decrease in real GDP in 2020 reflected decreases in PCE, exports, private inventory investment, nonresidential fixed investment, and state and local government that were partly offset by increases in federal government spending and residential fixed investment. Imports decreased.” Adds Calculated Risk, “This was the worst year since 1946 (WWII drawdown). And other than WWII drawdown, this was the worst year since the Great Depression.”