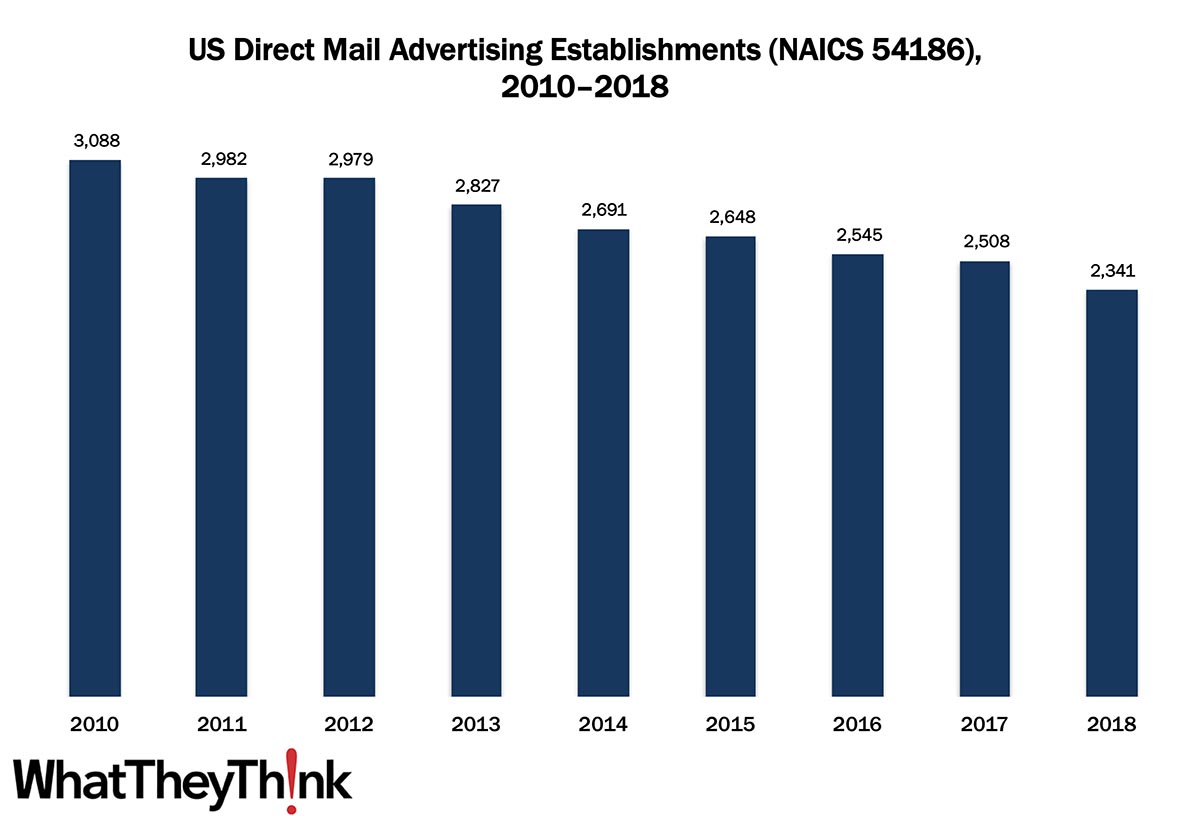 In 2010, there were 3,088 establishments in NAICS 54186 (Direct Mail Advertising). Unlike other business classifications in NAICS 5481, there was no increase in establishments post-Great Recession; there was just a continual decline to 2,341 establishments in 2018. There are a few reasons for the decline in this segment, but the dominant one is simply that much of the work of dedicated direct mail houses has shifted to more mainstream commercial printers. Another is that direct mail has been steadily declining since the mid-2000s through 2018—the fallout from economic upheavals usually includes a shift to electronic alternatives to print media, and direct mail is usually one of the first things to get cut from a marketing budget when times get rough. Once the upheaval (in this case, the Great Recession) is over, everyone has gotten used to the electronic alternatives to print and going back is a challenge. (These establishment counts obviously date from long before the COVID pandemic, but when County Business Patterns includes 2020 and 2021 establishment counts (check back here in about three or four years), we should expect to see further declines.

These counts are based on data from the Census Bureau’s County Business Patterns, which now includes 2018 data. Throughout this year, we will be updating these data series with the latest figures. Census Bureau reports include other data, as well, such as number of employees, payroll, etc. These counts are broken down by publishing business classification (based on NAICS, the North American Industrial Classification System).

The next batch of segments in our data slice’n’dice series will turn to converters:

Yesterday, the Department of Labor released its weekly unemployment claims report, and the employment situation is still not good:

However, his doesn’t include the 630,080 initial claims for Pandemic Unemployment Assistance (PUA), although they’re down from 675,154. 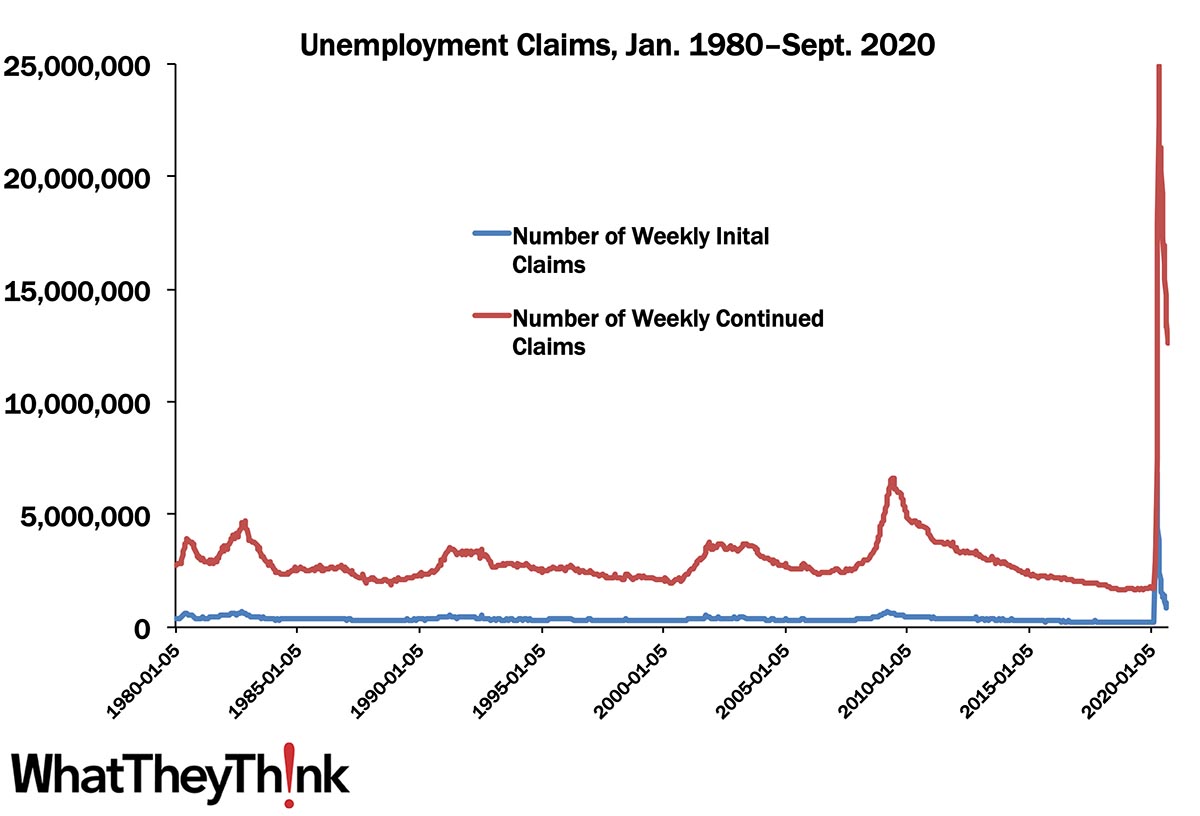 (These extreme numbers are playing havoc with our chart-making; we have some axes to grind...)