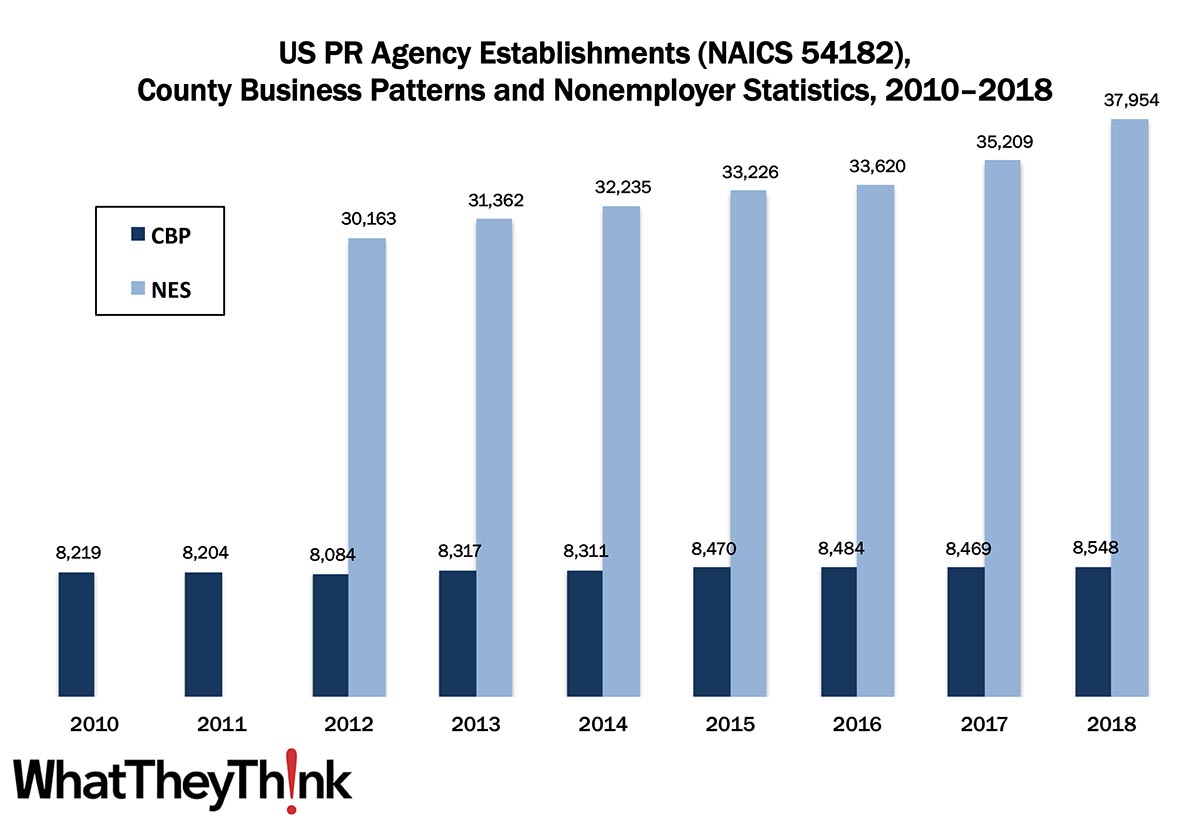 In 2010, there were 8,219 establishments in NAICS 54182 (Public Relations Agencies). After something of a contraction due to the Great Recession, agencies started to grow again, peaking at 8,548 establishments in 2018, according to the latest County Business Patterns.

Over the past 15 years or so, PR has become a more important function and has taken over large chunks of clients’ marketing efforts, especially where social media marketing is concerned. Social media management, search engine optimization (SEO), email campaigns, content marketing, and more are some of the functions of today’s PR agencies, in addition to the traditional PR tasks of writing press releases, hosting press events (be they live or virtual these days), and other activities.

When last we had heard from the Bureau of Economic Analysis regarding GDP for the second quarter, they had estimated that it had declined at an annual rate of 32.9%. Yesterday, they released a revision:

Real gross domestic product (GDP) decreased at an annual rate of 31.7 percent in the second quarter of 2020, according to the "second" estimate released by the Bureau of Economic Analysis. In the first quarter, real GDP decreased 5.0 percent.

An infinitesimal improvement, to be sure, but we’ll take what we can get.