A Tale of Two Cities: The Pandemic Years

Annualized profits for Q1 2020 took a nosedive from $990 million to -$4 billion. Sure, the pandemic hit in the last three weeks of the quarter, but this is an old story that predates COVID. 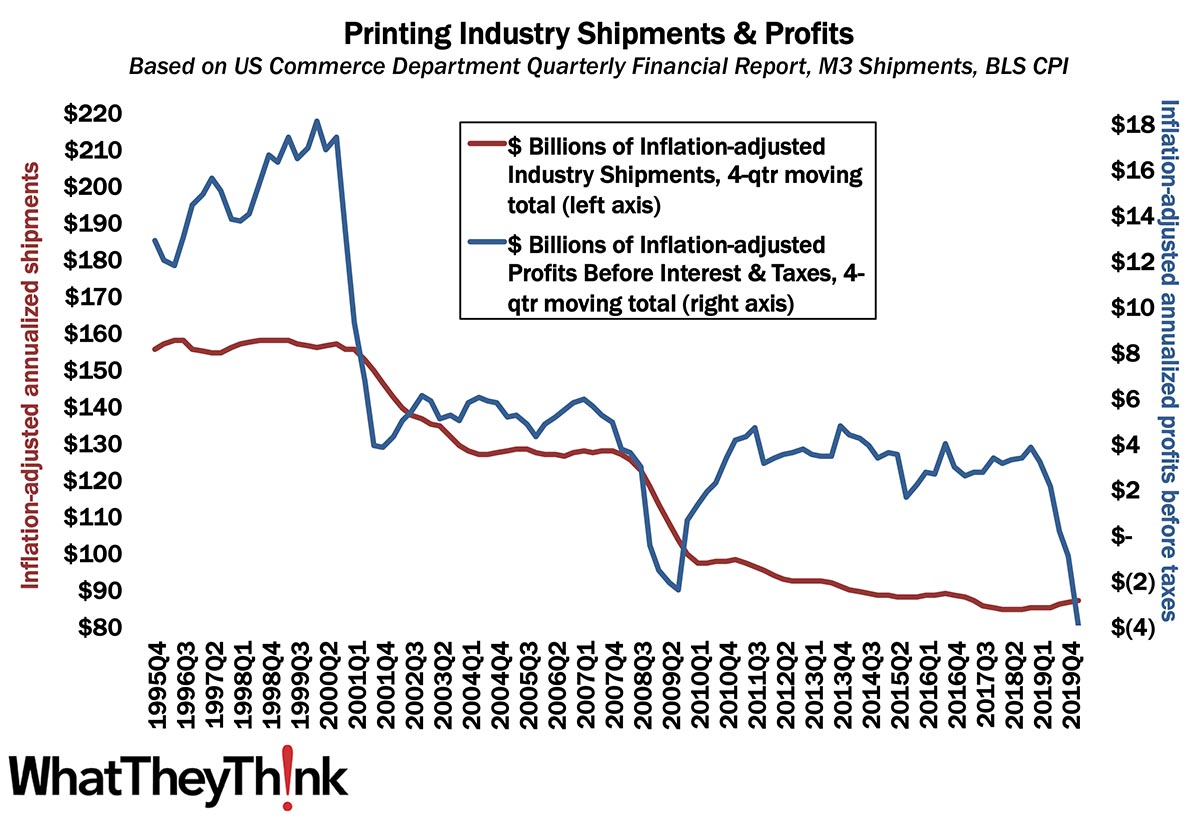 Annualized profits for Q1 2020 took a nosedive from $990 million to -$4 million. We saw back in April that Q4 2019 profits—before anyone but a few epidemiologists had ever heard the term “coronavirus”—had plunged. The drop from Q3 to Q4 wasn’t quite as dramatic, but the pandemic—what there was of it in Q1—only accentuated trends that were already well-established. (As we said in the last profits report,  we as an industry don’t need a major crisis to lose profitability.) It’s just the umpteenth chapter in our “tale of two cities” narrative.

We were expecting thus profits report to serve as a kind of prelude to the ultimate impact on industry profits, which we expect will come to fruition in the Q2 profits report, which we will see in September—at which time we may be able to say “Ah, Q2 profits were terrible, but we expect Q3 profits to start to show the recovery.” As we have to say rather a lot these days, hope springs eternal.