According to the latest edition of County Business Patterns, in 2017 there were 25,256 establishments in NAICS 323 (Printing and Related Support Activities). This represents a decline of 13% since the decade began. 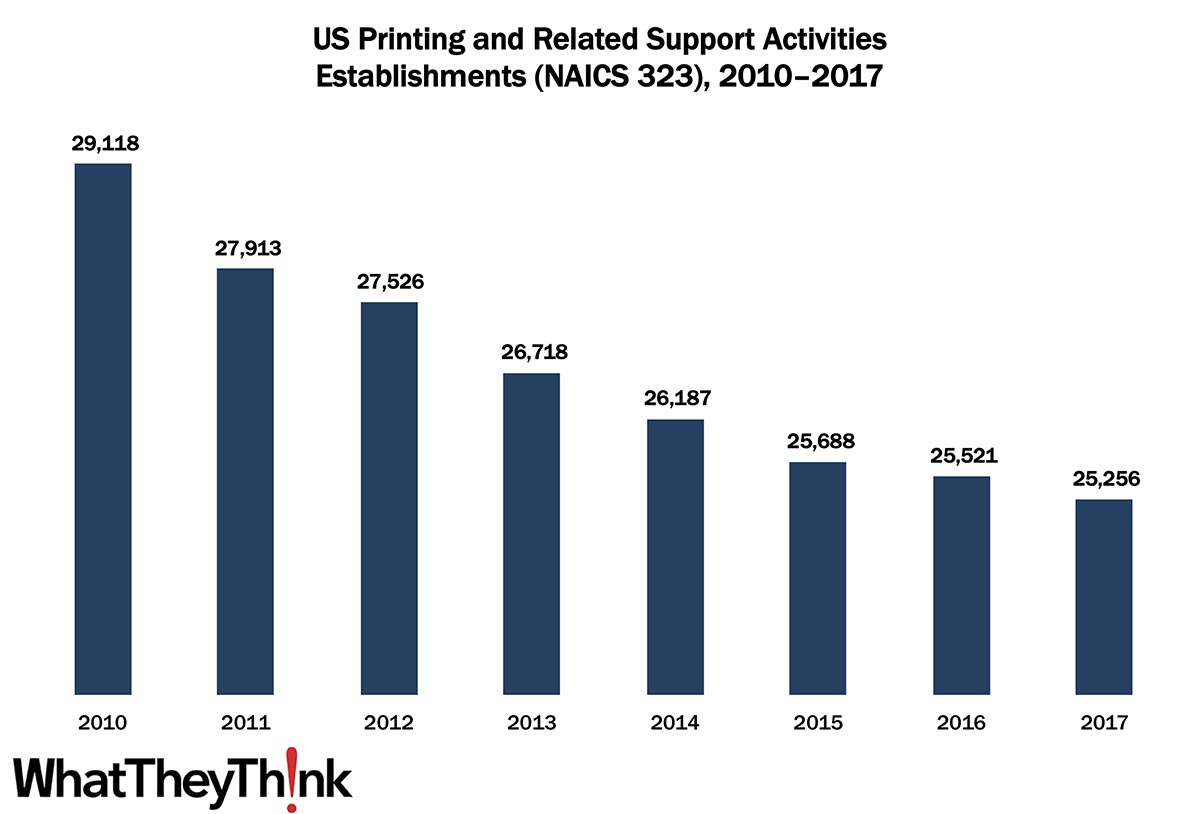 According to the latest edition of County Business Patterns, in 2017 there were 25,256 establishments in NAICS 323 (Printing and Related Support Activities). This represents a decline of 13% since the 2010s began. The biggest declines were in the early years of the decade, no surprise since we were in the midst of the Great Recession—from 2010 to 2011, establishments declined by -4%; from 2014 to 2015, the decline was only -2%; and from 2016 to 2017, the decline was -1%. Consolidation has been slowing down over the course of the decade, and from 2017 to 2024, we expect a little more consolidation at the smaller end of the industry.

What the long-term impact of the COVID-19 crisis will be on industry demographics remains to be seen, of course, especially since economists are still not certain what the overall impact on the economy will be. If things don’t return to something approaching normal by summer, we could be in for a rough period, especially if living a “virtual” existence becomes the norm.

Next week, we will look at the latest printing shipments data—you’ll want to tune in for that as it may be the last good news we have for a while.