Around the Web: All About CBD. The Death of the Apostrophe? History of the Sticker Museum. Paramedical Tattoos. Hive Heists. The Big Data of Big Hair.

A close look at what CBD does in the body. Have we killed the apostrophe? Terry Jones’ final project. Beehive theft is now a thing. Which decade had the biggest hair? A history of sneaker design. All that and more in WhatTheyThink’s weekly miscellany.

The ABCs of CBD

Here have been hearing about CBD for a while now, but have you ever wondered exactly how and why CBD works in your body? Via Lucent Botanicals, this is one of the better articles we have seen that walks through the biochemistry of CBD.

Smoke Gets in Your Ceiling

The ceiling of Grand Central Station in New York contains a patch that was intentionally left uncleaned to show how dirty it was after 100 years of cigarette smoking. (Image: cisc1970) pic.twitter.com/eNe8yqvAnb

The BBC asks, “Have we murdered the apostrophe?”

The British bookseller Waterstones, the chemist Boots, and the media organisation Reuters are among the many brands that have dropped their apostrophe over the years. When Waterstones ditched it in 2012, its then managing director James Daunt said it was doing so to make its name more 'versatile' for online use. By contrast, the US clothing company Lands’ End is an example of a company that has maintained the use of an incorrect apostrophe and built it into its heritage.

One person who cares more than most about apostrophes is John Richards, who founded the Apostrophe Protection Society in 2001. His aim was to preserve “the correct use of this currently much abused punctuation mark.” As a journalist and sub editor for most of his life, he was continually surprised by the incorrect application of this “very useful little device”.

But at the end of 2019, at the age of 96, he regretfully announced that the Apostrophe Protection Society would be no more. He cited the fact that fewer organisations and individuals cared about the correct use of the apostrophe, lamenting that despite his and his supporters' best efforts, the “ignorance and laziness present in modern times have won!"

Look hard enough, and you’ll find there is a museum for just about everything. Case in point: the History of Stickers Museum in Toronto. Via Core77, launched by customized sticker company StickerYou, the museum highlights the important role that stickers have played, “from revolutionizing the UK postal system in the 1800s, to the first Velvet Underground album featuring a saucy banana sticker designed by Andy Warhol, to inspiring countless pieces of street art from around the world today.” 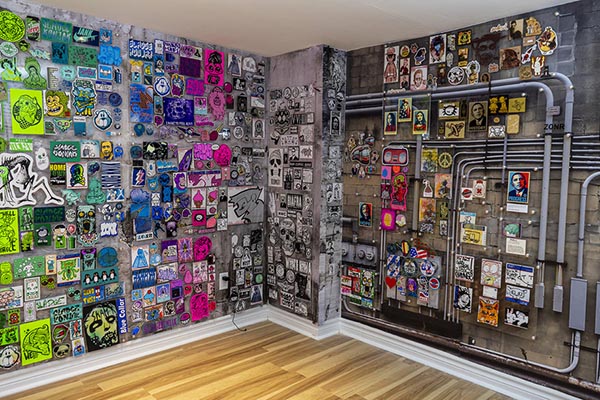 What’s in a Word?

Quite a lot, it seems. Marginal Revolution’s Tyler Cowen coins a new word: “Öffentlichebibliotheksumbaurenovierungssammlungsbeschränkungsangst,” which (as per the comments) is very bad German for  “The act of seeing a public library under renovation/expansion, and rightfully fearing that upon reopening the book collection will be smaller rather than larger.”

Even the name Tik Tok reminds you you're wasting time.

One of the saddest of the recent celebrity deaths was Monty Python’s Terry Jones, and while most people likely only know him from his Python work and some of the post-Python films he made, he was also a medieval scholar and an expert on poet Geoffrey Chaucer, having written several scholarly books on The Canterbury Tales. In fact, one of the last projects Jones worked on was an app on the General Prologue to Chaucer’s Canterbury Tales. “Jones – a medieval expert – helped to develop the web and mobile phone app, which is the first to present a major literary work alongside new research. The app...features a 45-minute audio performance of the General Prologue along with the digitised original manuscript....The man behind the app, Professor Peter Robinson, of the University of Saskatchewan in Canada, said: ‘His work and passion for Chaucer was an inspiration.’”

When we saw the headline in the New York Times, “Ink Rx? Welcome to the World of Paramedical Tattoos,” we immediately thought the story was going to be about tattoos that can function as medical sensors or wearable devices, such as a glucose-measuring tattooor, if we were Cary Sherburne, a graphene-based electronic tattoo. However, the story was really about an interesting use of tattoos to replicate missing appendages. If you’ve ever known someone who lost fingers, toes, or even an entire limb, you know it can take a psychological toll. Enter Eternal Ink.

The client, a man who had lost part of two fingers in a construction accident, wandered into Eternal Ink Tattoo Studio and asked for a fingernail design at the tips of his fingers. It was his way of making light of a bad situation.

The idea amused everyone in the studio. But once Eric Catalano, the owner, had finished the tattoo and put away his needles, “the mood changed in here,” he recalled recently. “Everything turned from funny to wow.”

A photo of the inked fingers went viral, and Mr. Catalano, 39, was thrust into the emerging world of paramedical tattooing. The fingernails looked so realistic that even “Ripley’s Believe It or Not!” tracked him down to feature his work.

Via Boing Boing, a post that poses more questions than it answers: 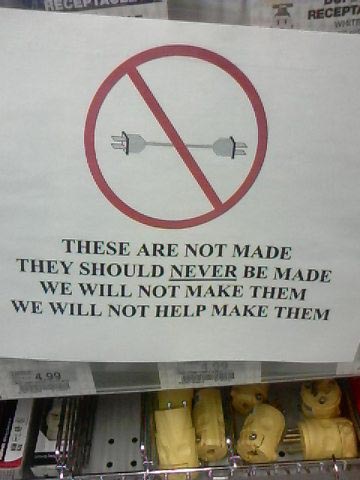 Are people really asking for such a thing? For what purpose?

Leave the Gun. Take the Beehive

The main driver of the demand for honeybees is the almond industry, which has doubled in size over the past two decades. There are currently 1.17m acres of almonds in California that require pollination which, at a standard rate of two beehives an acre, means the industry somehow needs to conjure up 2.34m beehives for a short window of time each February, when almond trees start to blossom.

This dynamic – growing demand for pollinators at a time when supply is under pressure – has seen the typical cost of a hive for pollination shoot up, from just $35 a few years ago to $200, and upwards, now. Pollination has become big business, causing some desperate beekeepers, or organized gangs, to be drawn to beehive crime.

Speaking of beehives, over at The Pudding, “The Big Data of Big Hair,” wherein researchers analyzed a dataset of more than 30,000 high school yearbook photos from 1930–2013 to determine, for some reason, what decade is truly the “Big Hair Era.” 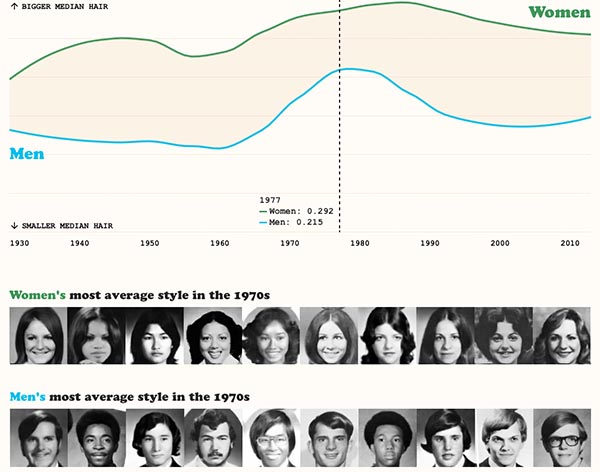 Twitter is testing ephemeral tweets in Brazil and calling them “fleets” https://t.co/1P5gFaIUH8 pic.twitter.com/wIbhj7nsFe

All Day I Dream About Sneakers

Spring is nearly upon us, and for some, that means the start of running season and upgrading one’s running shoes. Thus, we were intrigued by Core77’s article about a new book, The Adidas Archive,a 644-page epic cataloging “‘the history of the Adidas shoe, from its earliest beginnings until today’ as seen through over 350 shoes.” If you’re into fashion design (with a specialty in footwear) or a sneaker connoisseur, you’ll want to check it out. 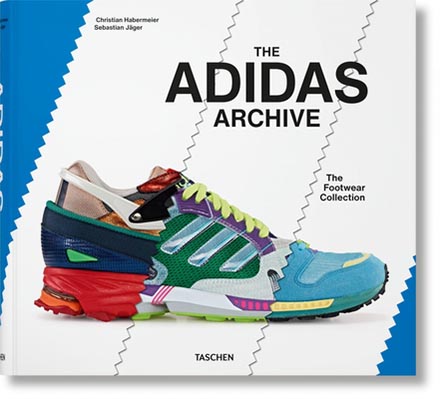 a message from our egg supplier https://t.co/wQzIzpkCbk

Have a thing for geese? And knife-wielding maniacs? If you’re in the overlap area of that Venn diagram, then, via Boing Boing, this sew-on patch is for you: 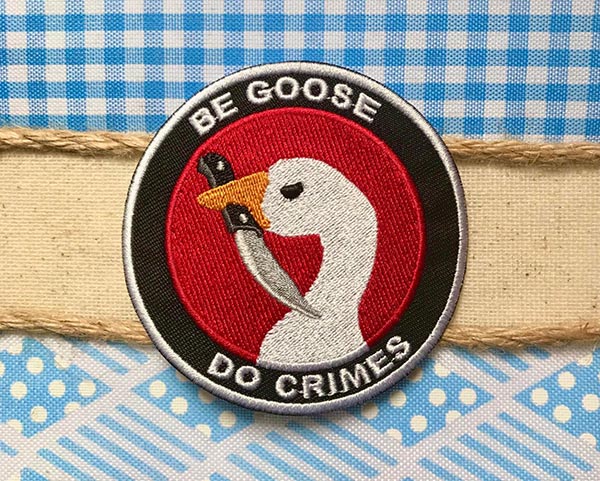 Speaking of geese, this never ceases to amuse, for some reason... 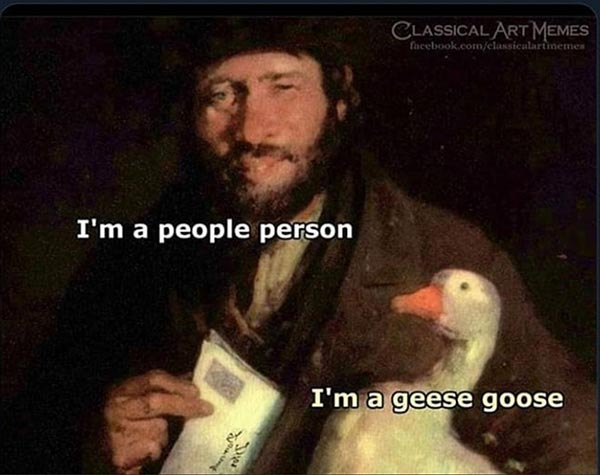 her: my fantasy is eating whipped cream off each other, what’s yours

March 2nd always reminds me of the old observation that if Tuesday Weld had married the film producer Frederick March II, she would have been called Tuesday March the Second.

1717: The Loves of Mars and Venus is the first ballet performed in England.

1791: Long-distance communication speeds up with the unveiling of a semaphore machine in Paris.

1983: Compact discs and players are released for the first time in the United States and other markets. They had previously been available only in Japan.

1847: Scottish-American engineer and academic and inventor of the telephone Alexander Graham Bell born.

1873: The U.S. Congress enacts the Comstock Law, making it illegal to send any “obscene, lewd, or lascivious” books through the mail.

1875: Georges Bizet’s opera Carmen receives its première at the Opéra-Comique in Paris.

1875: The first ever organized indoor game of ice hockey is played in Montreal, Quebec, Canada.

1882: Italian swindler, con artist, and “businessman” Charles Ponzi born. He was a practitioner of what eventually became known as the “Ponzi scheme.”

1885: The American Telephone & Telegraph Company is incorporated in New York.

1923: TIME magazine is published for the first time.

1931: The United States adopts “The Star-Spangled Banner” as its national anthem.

1913: The United States Department of Labor is formed.

1974: People magazine is published for the first time in the United States as People Weekly.

1616: Nicolaus Copernicus’s book On the Revolutions of the Heavenly Spheres is added to the Index of Forbidden Books 73 years after it was first published.

Michelangelo wrote a poem about how much he disliked painting the Sistine Chapel and his aversion to painting in general. You can read it here: https://t.co/LpiAB5AOIk

1899: Bayer registers “Aspirin” as a trademark.

1943: Norman Rockwell publishes Freedom from Wantin The Saturday Evening Post with a matching essay by Carlos Bulosan as part of the Four Freedoms series.

1975: For the first time, the Zapruder film of the assassination of John F. Kennedy is shown in motion to a national TV audience by Robert J. Groden and Dick Gregory.

1876: Alexander Graham Bell is granted a patent for an invention he calls the “telephone.”

1917: American engineer and programmer Frances Elizabeth “Betty” Holberton born. She was one of the six original programmers of ENIAC, the first general-purpose electronic digital computer, and was the inventor of breakpoints in computer debugging.

1775: An anonymous writer, thought by some to be Thomas Paine, publishes “African Slavery in America,” the first article in the American colonies calling for the emancipation of slaves and the abolition of slavery.

1931: American author and critic Neil Postman born. (His 1985 book Amusing Ourselves to Death was eerily prescient.)

1979: Philips demonstrates the compact disc publicly for the first time.

The double plug cord is an illegal way of connecting a generator to the house called backfeeding. One end goes to the generator, one goes to an outlet in the house, providing electricity. The problem is, you are now handling a live wire with exposed conductors. You are also not only feeding your house, but if the main breaker is not turned off, you are feeding back to the grid which is dangerous for anyone working on restoring the power.