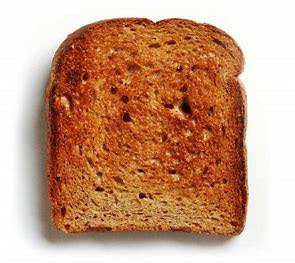 Warren Buffet, arguably the greatest investor in the world, has decided to leave the club of billionaires that own and support publications that have been withering and would otherwise be facing certain death and closure. We see his exit as especially significant. While many newspapers lower page counts, publish three or four days instead of seven, reduce page size, and cut run lengths, there has been a promising star on the horizon: Warren Buffet, the “Oracle from Omaha.” Buffet acquired newspapers in mid-size cities and smaller towns across the country, and often expressed confidence while others predicted doom. That hopeful light has gone out with the sale of BH Media Group, the umbrella company for most of Berkshire Hathaway’s newspapers. The Buffalo News, which was owned independently of the group, was also included in the sale, making the exit virtually complete.

The buyer, Lee Enterprises of Davenport, Ia., will add 31 daily newspapers to the 50 it already owns and nearly double its readership. Announcing the sale, Buffet stated that “We had zero interest in selling the group to anyone else for one simple reason: We believe that Lee is best positioned to manage through the industry’s challenges.” While the announcement of the sale surprised many in the newspaper industry, since Buffet is famously not a seller of companies once acquired, the choice of buyer was not surprising. The relationship between the two companies goes back at least to 2012, when Buffet’s Berkshire Hathaway rescued Lee Enterprises out of bankruptcy, buying $85 million of Lee’s debt that was held by Goldman Sachs. Berkshire was reported at that time to also have acquired an equity position in Lee approaching 4%. Lee Enterprises was choking on the debt hangover from its $1.46 billion purchase of the Pulitzer papers back in 2005, as well as debt from other prior acquisitions that comprise the Lee collection of newspaper titles. In 2013, Berkshire Hathaway came to Lee’s rescue again, refinancing the remaining Pulitzer debt at a reduced fixed interest rate and extended maturity date, and with no up-front financing fees to boot.

As the relationship deepened between the two companies, in June 2018, BH Media handed over the daily management of most of its newspapers and digital media products to Lee, effectively exiting the operational aspects of the newspaper business. Clearly, a sale to any company other than Lee Enterprises would have been very difficult, given that Lee was already deeply entrenched in the day-to-day running of the newspapers.

The total revenue of the sold properties was $373.4 million last year, with a respectable adjusted EBITDA of $47.4 million (12.7%). Lee Enterprises paid $140 million cash which represents a multiple of 3.0x times EBITDA, which we hear is typical for newspapers in today’s market. Expressed relative to revenues, the price paid was 37% of 2019 revenues.

Buffet has been a man with a deep affinity for newspapers his entire life. He started his business career selling magazines door to door, and was a newspaper delivery boy in high school, back when such a thing existed. One tale about Buffet’s entrepreneurial spirt claims that he personally delivered over 500,000 papers before moving onto bigger and better business ventures, placing pinball machines in barber shops and then selling the enterprise for a tidy profit. Known for his folksy and modest style, Buffet has enthusiastically conducted and participated in a newspaper throwing contest each year at the company’s annual meeting. Not the typical sport of billionaires!

Nonetheless, ever the diligent investor, Buffet saw that the newspaper business was coming to an end, at least for those publishing in the secondary metro, regional, and community markets. In April 2019, Buffet served up his prognosis for the newspaper industry in an interview with Yahoo Finance in which he announced that newspapers, with the possible exception of the big three, “are going to disappear.” Buffet added that the newspaper business “went from monopoly, to franchise, to competitive, to…toast.”

Despite the apparent exit from the newspaper business, Berkshire Hathaway remains deeply invested in the business that Lee acquired; the funds used to pay the $140 million purchase price were lent to Lee by Berkshire Hathaway! In addition, Berkshire ramped up the financing package to a total of $576 million at 9% annually with a 25-year maturity and no performance covenants, paying off all of Lee’s other lenders. The lifeline of extended fixed rate debt was rewarded with a 67% bump up in Lee’s stock price by the end of the day. Effectively, Berkshire Hathaway has traded in its operational and equity position for a senior secure debt position but still bears the risk that Lee can navigate the highly likely impending wind-down of the printed products and concurrent transition to digitally delivered local and regional content.

Tellingly, Berkshire Hathaway has retained title to all the real estate, granting Lee 10-year lease terms on the properties associated with the publishing assets. It’s worth noting that the real estate is often the gem that remains when many local newspapers eventually shut down the printing operations. As noted recently by industry pundit Frank Romano, remarking on the repurposing of former newspaper headquarters, “one condo in the iconic Chicago Tribune building was offered for $7.6 million.” Despite having sold the publishing business at what appears to be a loss, it may be that the real estate, retained by Buffet’s company, may in the end prove him once again to be the smartest investor after all.

TC Transcontinental, after engineering a dramatic and consistently executed strategic transformation from Canada’s biggest printer of publications into a flexible packaging manufacturing powerhouse, has now embarked on another strategic direction. Similar to the company’s move into flexible packaging, the new direction is clearly articulated. The company’s latest press release announced the recent acquisition of Artisan Complete Limited as “aligned with TC Transcontinental’s strategy to continue growing in the in-store marketing product printing vertical, where the Corporation is already a key player in Canada.” With its second acquisition of a wide format, in-store display printing company within a three-month period, Transcontinental is, as before, unswervingly executing its strategy. While not eschewing the possibility of further acquisition activity in the flexible packaging space, the company is clearly pursuing another new direction.

As other large publication-centric printing companies stumble strategically with loosely described efforts to offer every service imaginable or move upstream and compete with and/or acquire creative advertising agencies, TC Transcontinental continues to transform itself via acquisitions to develop new well-defined production-oriented segments of its business that are adjacent to its historical strengths, but with more promising future prospects than its traditional publication printing business (see The Target Report: April 2018, Getting Flexible in Your Middle Years).

In other transactional activity in the wide-format and related services segment, Gemspring Capital acquired Skyline Displays, which provides hardware, pop-up booths, and much more for displays and exhibits for trade shows and events. Simultaneously, Gemspring bought TradeTec, the largest formerly independent dealer of Skyline products. The two companies will be combined under the Skyline brand.

Graphic Village, based in Cincinnati, Ohio, is back on our deal log again. The company has grown strategically through acquisition; its latest move the purchase of Intrinzic which it identified as a “branding consultancy.” The acquired company provides brand concept development, design services, social media marketing, SEO, and other digital marketing services. Graphic Village has grown into a $22 million diverse graphic services company via serial acquisitions, including a folding carton manufacturer and a commercial printing company, both acquired in 2018. (See more about Graphic Village and links to other sources in The Target Report: September 2018.)

Hederman Brothers Printing, a commercial printing company in Madison, Miss.,i that dates back to 1898, has acquired Service Printers, a local commercial printer that will be tucked-in. The company has also recently diversified from its traditional offset and digital printing offerings and added wide-format services, banners and vehicle wraps. 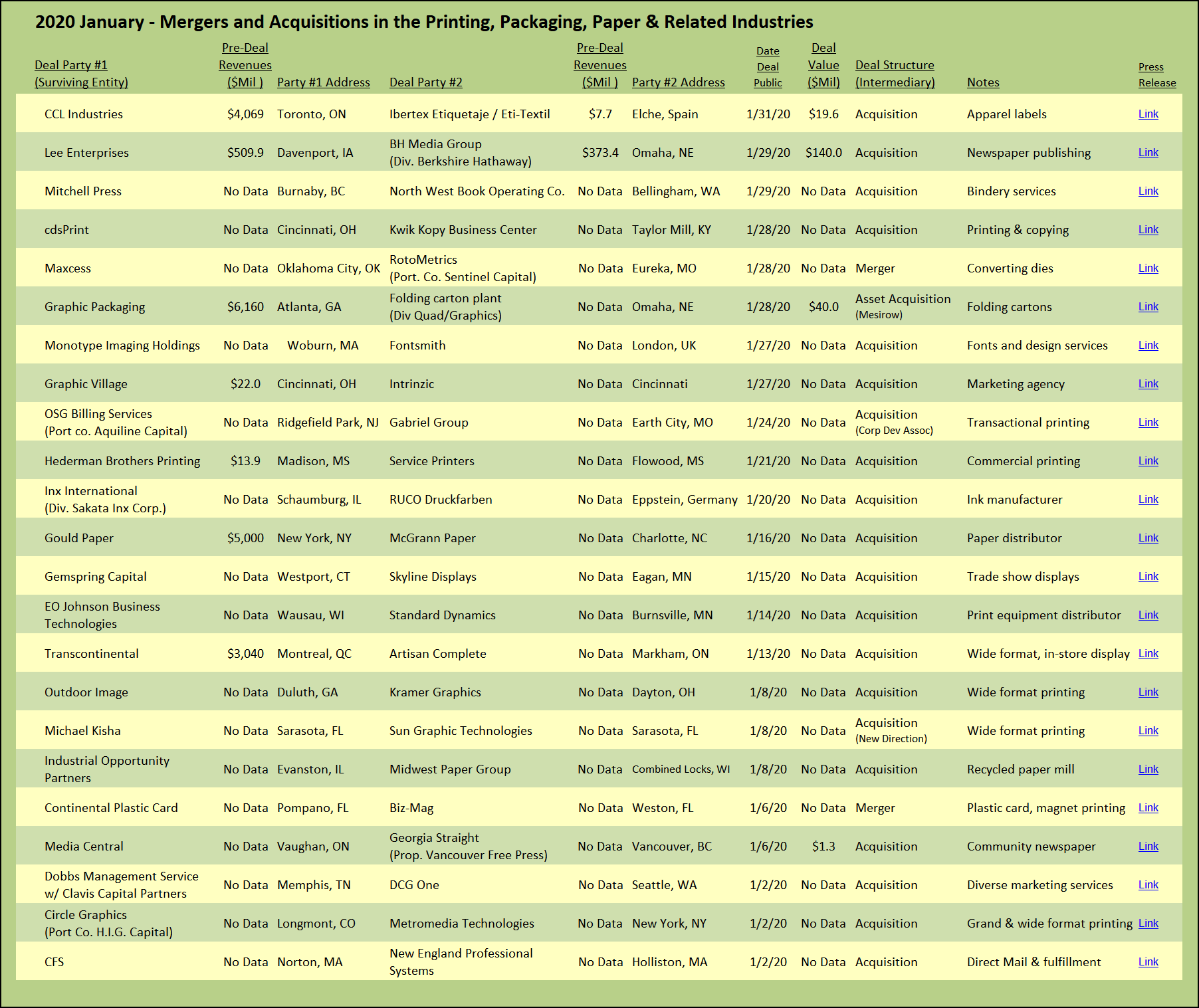