A graphene jacket. A costly typo in Utah. Merriam Webster’s Word of the Year. The DNA of things”—creating materials with built-in memory. Intricate paper sculptures of microorganisms. Free shipping isn’t always free. User-tracking billboards—and with whom they share data. Who is putting hats on Las Vegas pigeons? KFC’s chicken-scented yule log. All that and more in WhatTheyThink’s weekly miscellany.

Cary Sherburne is back with more Graphene news. This time, it's a jacket you will never want to take off: breathable, waterproof, ultralight, and durable. The jacket of your dreams? If one dreams of jackets, then yes!

Re-sharing something I'd shared last year, as a reminder of the value of seeing the user's perspective.#ux #psa pic.twitter.com/oV6H3F55Cu

Home valuations are often arrived at, it seems, by what was at one time called “fuzzy logic.” But one home in Utah was a head-scratcher:

The Deseret News reports a house built in 1978 in an unincorporated area of the county was recorded in 2019 tax rolls with a value of more than $987 million. That's an overestimate of about $543 million in taxable value.

Wasatch County Assessor Maureen “Buff” Griffiths told officials last month a staff member may have dropped a phone on a keyboard. Griffiths said the accident has resulted in a countywide overvaluation of more than $6 million.

But Is it Art?

idiot. you can buy a banana for half that price at Whole Foods https://t.co/TPxQOEVqlE

Merriam Webster has announced its 2019 Word of the Year and it is they. They?

English famously lacks a gender-neutral singular pronoun to correspond neatly with singular pronouns like everyone or someone, and as a consequence they has been used for this purpose for over 600 years.

More recently, though, they has also been used to refer to one person whose gender identity is nonbinary, a sense that is increasingly common in published, edited text, as well as social media and in daily personal interactions between English speakers. There's no doubt that its use is established in the English language, which is why it was added to the Merriam-Webster.com dictionary this past September.

We’ve been chronicling the rise of the Internet of Things. Now, we may be seeing the dawn of the “DNA of Things.” What? A letter to Nature describes it as a “storage architecture to create materials with embedded memory.”

DNA storage offers substantial information density1,2,3,4,5,6,7 and exceptional half-life3. We devised a ‘DNA-of-things’ (DoT) storage architecture to produce materials with immutable memory. In a DoT framework, DNA molecules record the data, and these molecules are then encapsulated in nanometer silica beads8, which are fused into various materials that are used to print or cast objects in any shape.

DoT could be applied to store electronic health records in medical implants, to hide data in everyday objects (steganography) and to manufacture objects containing their own blueprint. It may also

facilitate the development of self-replicating machines.

Rogan Brown is an artist who fuses the scientific with the artistic, creating intricate paper sculptures based on microorganisms. Says Pendulum: “From individual cells, bacteria and other microbiological organisms, to corals, fossils, geological formations and more, each structure is meticulously translated into paper form with a scalpel, similar to the way scientists perform precise dissections.” 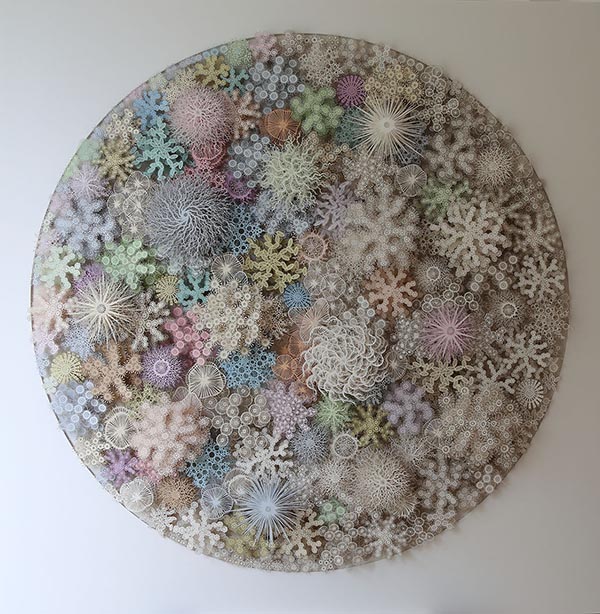 ...to buy lots of wrapping paper. But, via Core77, Warren, Pa.’s local paper, the Times Observer, printed a full page of cat-themed Christmas wrapping paper, the idea being that readers would recycle the paper to wrap gifts. 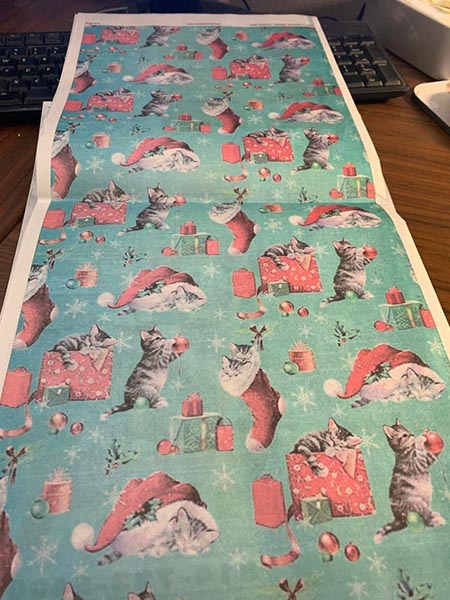 Given the news lately, we’d be cool with the entire newspaper featuring cat wrapping paper.

The bestselling Playmobil of all time was of Protestant reformer Martin Luther. All 34,000 units sold out within 3 days. pic.twitter.com/9QPBL0GzKs

In 2018, the last year of complete data including holiday shopping, online sales totaled $517 billion out of total retail sales of $3.62 trillion. 2018 saw online retail sales in the U.S. pass half a trillion for the first time ever. That is about double what it was a decade ago.

Yes, E-commerce is growing quickly, with half of the increase coming from Amazon.com. But it is only one of many factors, and it is impacting profitability tremendously. But as noted Friday, America has been wildly overstored for at least 2 decades. 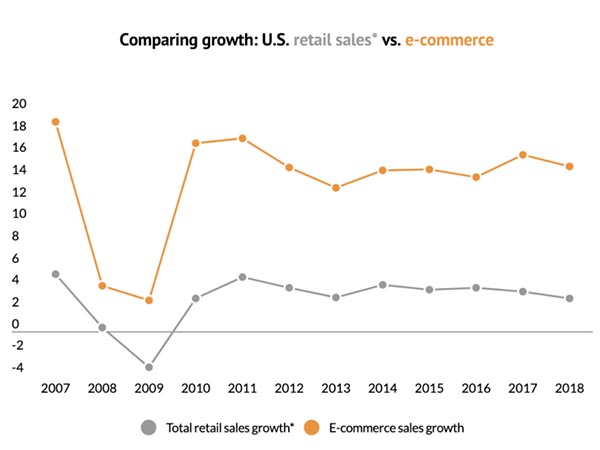 *Factoring out the sale of items not normally purchased online, such as fuel, automobiles and sales in bars and restaurants.

Over at The Atlantic, “Stop Believing in Free Shipping: How retailers hide the costs of delivery—and why we’re such suckers for their ploys.”

I dont know who did this but Birmingham salutes you pic.twitter.com/wfST201YOH

Every Breath You Take

Signage that stalks people as they walk by it is nothing new, but Consumer Reports has taken notice of...billboards that take notice:

When we go out into public, we are often surrounded by screens showing ads. They can be on the side of the road, at the gym, in store windows, in doctors’ offices, and in elevators. You might assume that the marketing messages are playing on a loop, but sometimes these ads are changing because people like you are nearby.

...Once your phone is detected near a screen showing a particular ad, an advertising company may follow up by showing you related ads in your social media feed, and in some cases these ads may be timed to coordinate with the commercials you see on your smart TV at night.

How many of you have shopped for more upscale items just so you could get a better class of ad following you around the Internet?

Out-of-home advertising is increasingly making use of the same models that inter advertising has adopted: serving ads based in the data of the people likely to be seeing them.

For every 100 ml of beer you drink, your body produces 160 ml of urine. pic.twitter.com/1qPZ3YlNVn

Engadget’s capacity for threats knows no bounds: “Alexa is coming to low-spec devices like light switches and thermostats.” Huh? “Amazon's Alexa voice assistant has migrated to a lot of devices of late, including eyeglasses, ear buds and microwave ovens. Now, the company has revealed that it will run on devices with as little as 1MB of memory and a cheap Cortex-M processor. That means you can expect to see Alexa on all kinds of relatively dumb devices from lightbulbs to toys.”

Putting a Tail on the Cat

This robot lets you remotely surveil your cat and track its daily step count https://t.co/XTz42018ge pic.twitter.com/zEM2y5JZSU

When you really want a cold drink but first need to debug a Security Certificate of your Samsung fridge. @internetofshit pic.twitter.com/o2ymgpeO3q

What Happens in Vegas...

...is sometimes pretty darn weird. To wit: someone has been putting tiny cowboy hats on Las Vegas pigeons.

It might very well be the only thing charming about Las Vegas.

The Wreath of Khan?? pic.twitter.com/jh6RUwOupz

We linked to this last year, but it is back by popular demand: KFC’s chicken-scented yule log. 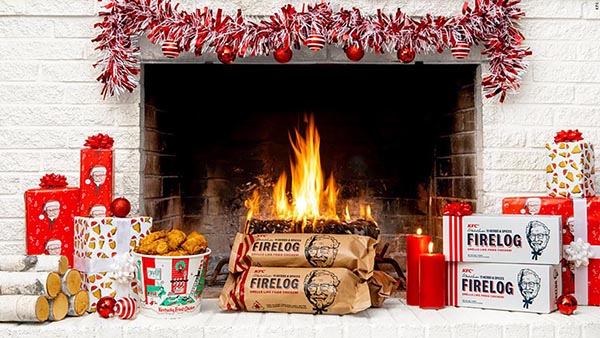 1903: The Wright brothers make their first attempt to fly with the Wright Flyerat Kitty Hawk, N.C.