Quantifying fashion’s environmental footprint. Transforming the bookstore into a “cultural department store.” A profile of revolutionary designer Cipe Peneles. Buy your own Follows and Likes. Caution: Correlation vs. Causation. Using hyphens in academic paper titles adversely affects citations stats. Nuclear tests can help spot art forgeries. An AR-enabled book about the history of rocket launches. All that and more in WhatTheyThink’s weekly miscellany.

You can have friends or you can correct people’s grammar. MARY NORRIS

A Bridge Too Far

Sink your teeth into this:

At the New York Times, a story about Canadian bookstore chain Indigo, which reinvented the idea of the bookstore by turning it into a “‘cultural department store’ where customers who wander in to browse through books often end up lingering as they impulsively shop for cashmere slippers and crystal facial rollers, or a knife set to go with a new Paleo cookbook.” Now they’re headed to the U.S.

Google Lens will show reviews if you point it at a restaurant’s menu starting this week https://t.co/NOpuzR2L3v pic.twitter.com/CPfAU4oK7o

At CreativePro, a profile of influential designer Cipe Pineles (1908–1991) who “is credited with blending fine art and lively, colorful illustrations (especially of food, her passion) and hand lettering within her design–especially in her work on magazines. Pineles totally changed the world of editorial design during her reign.”

At Boing Boing, a post about hand-painted Indian transportation signs. “They’re a riot of gorgeous typography and design, creative and individual and intensely evocative of the places they came from.” 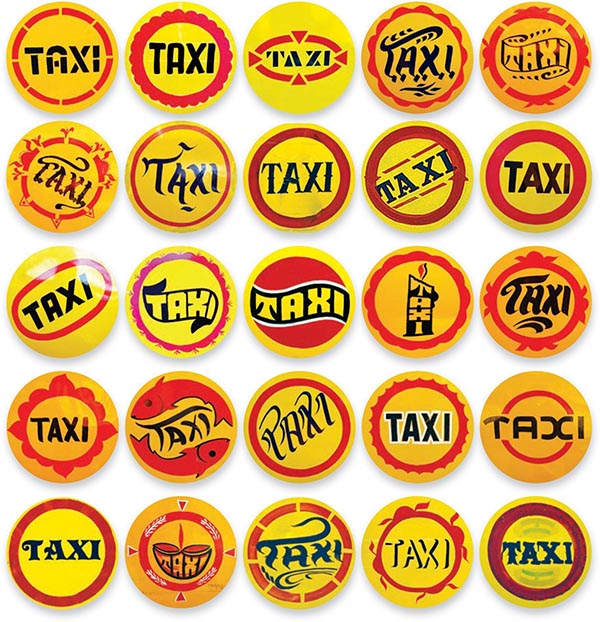 Visual Artist and Grad of @PrattInstitute @Aubrey_Roemer walks us through the creative side of digital print including how it has enabled artistic freedom. This image was produced for a strip club printed on a flatbed printer #DigitalPrintWeek2019 @SmithersPira @PrintingNews pic.twitter.com/yf2BDq7GZB

Can’t get anyone to follow you or like your social media posts? Well, why not just buy them? “Quick Fix” is a Finnish art installation commissioned by Helsinki’s Pixelache and produced by artist Dries Depoorter in Ghent, Belgium. “Quick Fix in an interactive installation. The artwork makes it possible to buy followers or likes in just a few seconds. For a few euros you already have 200 of likes on Instagram.  Choose your product, pay and fill in your  social media username. You receive the like or followers just a few seconds later.” One caveat, though: “The accounts that like or starting to follow you are fake accounts.” In other words, just like Facebook. 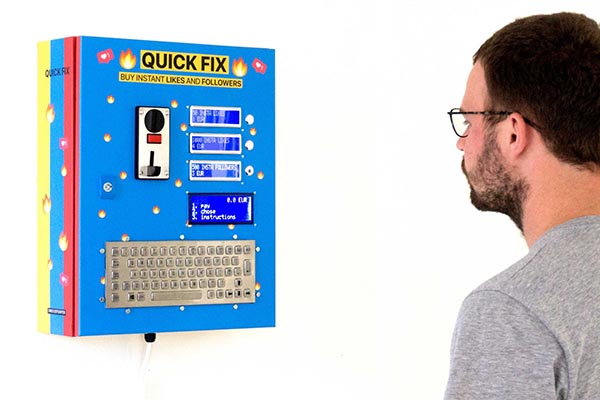 The IoT Heats Up

So we finally get AC, right? Great.

Google is down. We have a Nest thermostat. Nest runs on Google. Can’t turn on AC because app is down. 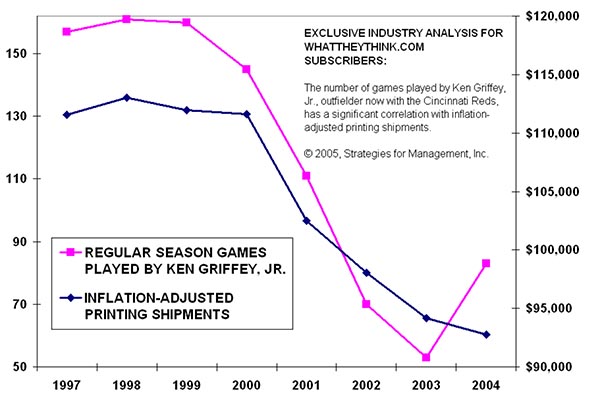 Anyone who looks at charts like this (or like any of those at a site called Spurious Correlations) will immediately yell “Correlation doesn’t mean causation!”

“Correlation doesn’t mean or imply causation” has become a clichéd phrase, and one Slate author has had quite enough (it’s an old post but still relevant): “No, correlation does not imply causation, but it sure as hell provides a hint....A correlation can’t tell one from the other; in that sense it’s inadequate. Still, if it can frame the question, then our observation sets us down the path toward thinking through the workings of reality, so we might learn new ways to tweak them. It helps us go from seeing things to changing them.”

So while some correlations are obviously absurd (Ken Griffey, Jr., and printing shipments, or the number people who drowned in a pool and the number of films Nicolas Cage has appeared in) some may not be, such as the one the Slate writer cited: “Depressed people send more email.” It’s not difficult to envision how such a relationship may go beyond mere correlation, and just spotting the relationship can provide ideas for further research. It may pan out to nothing, but it provides a compelling question to ask.

Interestingly, the “correlation is not causation” admonition dates back to the 1890s—when the discovery of statistical correlation was first made.

That’s when the British statistician Karl Pearson introduced a powerful idea in math: that a relationship between two variables could be characterized according to its strength and expressed in numbers. Francis Galton had futzed around with correlations some years before, and a French naval officer named Auguste Bravaissketched out some relevant equations. But it was Pearson who gave the correlation its modern form and mathematics. He defined its role in science.

Dash Off a Paper

Back in 2015, Letchford and colleagues conducted a large-scale study on Scopus, and found that papers with shorter titles tended to be cited more than those with longer titles. 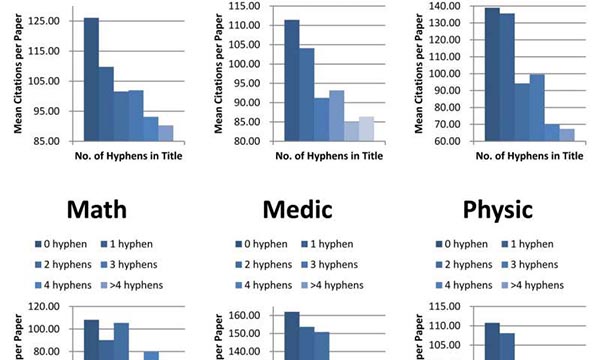 Blowing Up the Art World

Here’s an eye-catching headline from the New York Times: “How Nuclear Bomb Tests Are Helping to Identify Art Forgeries.” “For years, scientists have been refining techniques to determine the age of a painting using radiocarbon dating and the lingering effects of the tests. Now, a team of researchers has dated one such artwork using a paint chip the size of a poppy seed, according to a study published on Monday in The Proceedings of the National Academy of Sciences.”

In 1959, the US Navy successfully delivered post from Virginia to Florida via cruise missile.

Filmmakers MaryLiz Bender and Ryan Chylinski are at work on a project that combines a printed book with Augmented Reality and a short film to document “humanity’s grand adventure to space.” Called Guidance Internal: Lessons from Astronauts:

The art and the pages in this book come to life immediately teleporting you to rocket launch pads, directly to our intimate interviews with astronauts and the people sending missions to space. We fuse art with science blending our love of photography with compelling video to capture the emotion, excitement, and gravity of these events. We also give you a front-row seat to transformative performances by artists inspired by these experiences

They have, er, launched a Kickstarter to fund the project.

Boarding a plane now. So many catagories board first. Fortunately for me, right after military personnel are people with unusually large noses.

1140: The French scholar Peter Abelard is found guilty of heresy.

1889: The first long-distance electric power transmission line in the United States is completed, running 14 miles (23 km) between a generator at Willamette Falls and downtown Portland, Ore.

1965: The launch of Gemini 4, the first multi-day space mission by a NASA crew. Ed White, a crew member, performs the first American spacewalk.

1876: An express train called the Transcontinental Express arrives in San Francisco, via the First Transcontinental Railroad only 83 hours and 39 minutes after leaving New York City. (Insert your own Amtrak joke here.)

1907: American actress Rosalind Russell born. Russell starred with Cary Grant in His Girl Friday, one of the best—and funniest—newspaper movies ever made. 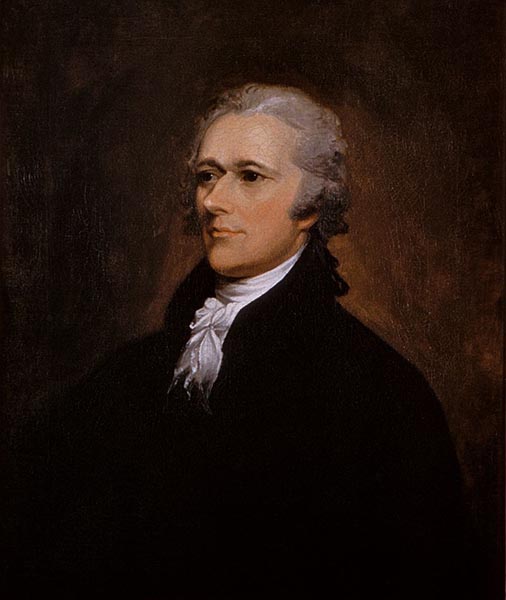 1911: American engineer and designer Brooks Stevens born, most famous for designing the Wienermobile. (As we saw last week, a replica is for sale.)

1955: Lux Radio Theatre signs off the air permanently. The show launched in New York in 1934, and featured radio adaptations of Broadway shows and popular films.

1971: The United States Supreme Court overturns the conviction of Paul Cohen for disturbing the peace, setting the precedent that vulgar writing is protected under the First Amendment to the United States Constitution.

1975: Sony introduces the Betamax videocassette recorder. Alas, the “videotape war” of the late 70s and early 80s would result in VHS becoming the dominant format...for a while.