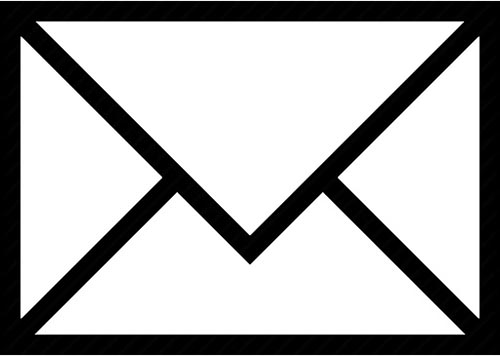 BCC Software has acquired Satori Software, formerly one of the leading developers and providers of mail preparation software. The two former competitors, BCC Software and Satori, have each been through acquisition by and then divestiture from large mailing equipment manufacturers. This latest transaction, the culmination of a long and winding path for each company, brings together the two mailing software solution companies, now operating independently from large corporate parent organizations. Freed from the constraints of its former corporate owners, BCC has proclaimed that its future growth is dependent on “focus,” which may indeed be easier to achieve as a small company under private equity ownership.

BCC Software, based in Rochester, N.Y., was swallowed up by Bell + Howell in 2005. The logic of the deal was obvious: Bell + Howell made high-performance, high-volume automated mailing, sorting, and related equipment; BCC Software was a provider of software solutions for professional mailers and institutions that processed large volumes of outgoing mail. It didn’t work out as planned. Saddled with excessive debt from years of constantly changing corporate strategies, acquisitions, and divestitures, Bell + Howell declared bankruptcy in 2011. Philadelphia-based Versa Capital Management acquired the assets of Bell + Howell from the bankruptcy estate, and subsequently spun BCC Software out as an independent company in 2014, putting an end to the idea that there was synergy between the builder of mailing machines and the mailing software used to cleanse data inputs and presort mailstreams for postage discounts. In 2017, BCC Software was picked up by Thompson Street Capital Partners, a St. Louis-based private equity firm.

Satori Software followed a similar path into and out of the belly of a large corporate entity, albeit skipping the trip through bankruptcy court. Based in Seattle, Wash., Satori was a small, but highly-focused, software company that provided programs used by professional mailers and institutions that needed to cleanse data and process mail efficiently for maximum postage discounts and deliverability. Acquired by French company Neopost in 2009, once again the strategy was obvious: a large manufacturer of document sorting and processing equipment was taking a small, focused software company under its wing to service common customers. This also did not work out as planned. Operating independently for most of its tenure under Neopost, in 2017 Satori was eventually rolled into Neopost’s GMC Software division. GMC provided Customer Communications Management (CCM) solutions. The newly combined GMC and Satori were rebranded as “Quadrient,” dedicated to the latest fad of customer-facing communication strategies, the “Customer Experience” or otherwise known as “CX.” The CEO of Quadrient stated “CX is the new battleground for business and understanding customers and the current state of their experience throughout the customer journey is critical to an organization’s success.” (I’m not sure what all this means, since I just want companies to make it easy for me to find and buy stuff, rather than going on a “journey” with them.) In any event, Neopost has decided that the collection of Satori Software products is no longer part of the CX journey. Satori is off the bus and no longer a fellow traveler on a customer’s journey at the mailbox, now sold to BCC Software.

Over the past 25 years, the industry has benefited from many small, independent software companies that brought great increases in productivity to the printing and related industries via improved data management and increased automation. Many of those small software companies have been bought up, consolidated, and folded into larger organizations. Could the BCC-Satori story be a harbinger of other printing industry-related software divisions, ready to be spun out from large corporate enterprises? Are small independent creative software shops more effective to provide niche solutions to the industry? Are print MIS systems next?

The CJK Group divested the Kingsport Book specialty bookbinding company that it picked up three months ago as part of its acquisition of the Printing Consolidation Company, the erstwhile rollup supported by Blackford Capital. Clearly, CJK was after the other half of the acquired company, Dickinson Press, a book printing and manufacturing company which fits neatly into CJK’s strategy of building out a national book and specialty publication printing business. (See The Target Report: Legacy Printing Companies Fade Into History—April 2017.) The spun-off bindery is being integrated into BindTech, a multi-plant high-end bookbinding services owned by Ohio-based private equity firm Signet.

Rengel Printing, located in St. Cloud, Minn., acquired local friendly competitor Continental Press.* The respective ownership families have known each other for generations and are combining forces. All operations, staff, and the former owners of Continental have moved in with Rengel Printing which touts almost 100 years of continuous service.

Sandy Alexander in Clifton, N.J., continued its evolution from high-volume commercial printer into a large diversified graphics communication company, furthering its presence in the retail wide format market with the acquisition of Signmasters. The acquisition strengthens Sandy’s position in the in-store-graphics market segment.

McClung Companies, a Waynesboro, Va., printing and marketing services company, further diversified its service offerings with the acquisition of Commonwealth Mailing Systems,† based in Richmond, Va. The transaction underscores an industry trend in which commercial printers buy a full-service mailing services company, not only to acquire the customer base, but also to provide customers with a more comprehensive and expert mailing solution for their print and marketing needs.

Diversified Labeling Solutions (DLS), a large label printer that serves print distributors in a trade-only strategy, has been acquired by Taiwan-based TSC. The acquired company operates label printing, warehousing and distribution facilities with a total in excess of 320,000 square feet of production space across the US, with locations in Nevada, Texas, Illinois and Georgia. TSC, which primarily provides barcode printers and supplies, plans to leave the DLS brand and operations intact as a separate wholly-owned division.

In the rapidly consolidating label printing segment, one of the most aggressive consolidators, Fortis Solutions Group, acquired Infinite Packaging, itself a rollup of several formerly independent label printers. Fortis is backed by Main Post Partners, and Infinite was backed by Svoboda Capital Partners. Between the two private equity firms, they have racked up no less than 10 label printing companies since we began The Target Report in 2011. (For more, see The Target Report: Private Equity LOVES Labels—August 2016.)

Oliver Printing & Packaging, the Ohio-based platform company in the folding carton segment backed by private equity firm Pfingsten Partners, has completed its second bolt-on with the acquisition of DISC Graphics, located on Long Island, N.Y. The acquired company manufactures high-quality folding cartons, micro-fluted corrugated boxes, and pressure-sensitive labels. As the acquired company’s name implies and you might have guessed, DISC Graphics originally served the music industry, starting out as an in-plant printing operation for Pickwick Records. Pickwick, known as a low-budget operation, lays claim as the place where singer-songwriter Lou Reed and musician John Cale met. Reed and Cale later formed the avant-garde rock band The Velvet Underground. While DISC has grown and diversified far beyond its vinyl record music industry roots, the company website still showcases, among many other products, the company’s ability to produce super glossy specialty Blu-ray packaging, DVD sleeves, and even the occasional vinyl record jacket.

* Graphic Arts Advisors, publisher of The Target Report, served as exclusive advisors to Continental Press in this transaction.

†Graphic Arts Advisors, publisher of The Target Report, served as exclusive advisors to Commonwealth Mailing Systems in this transaction. 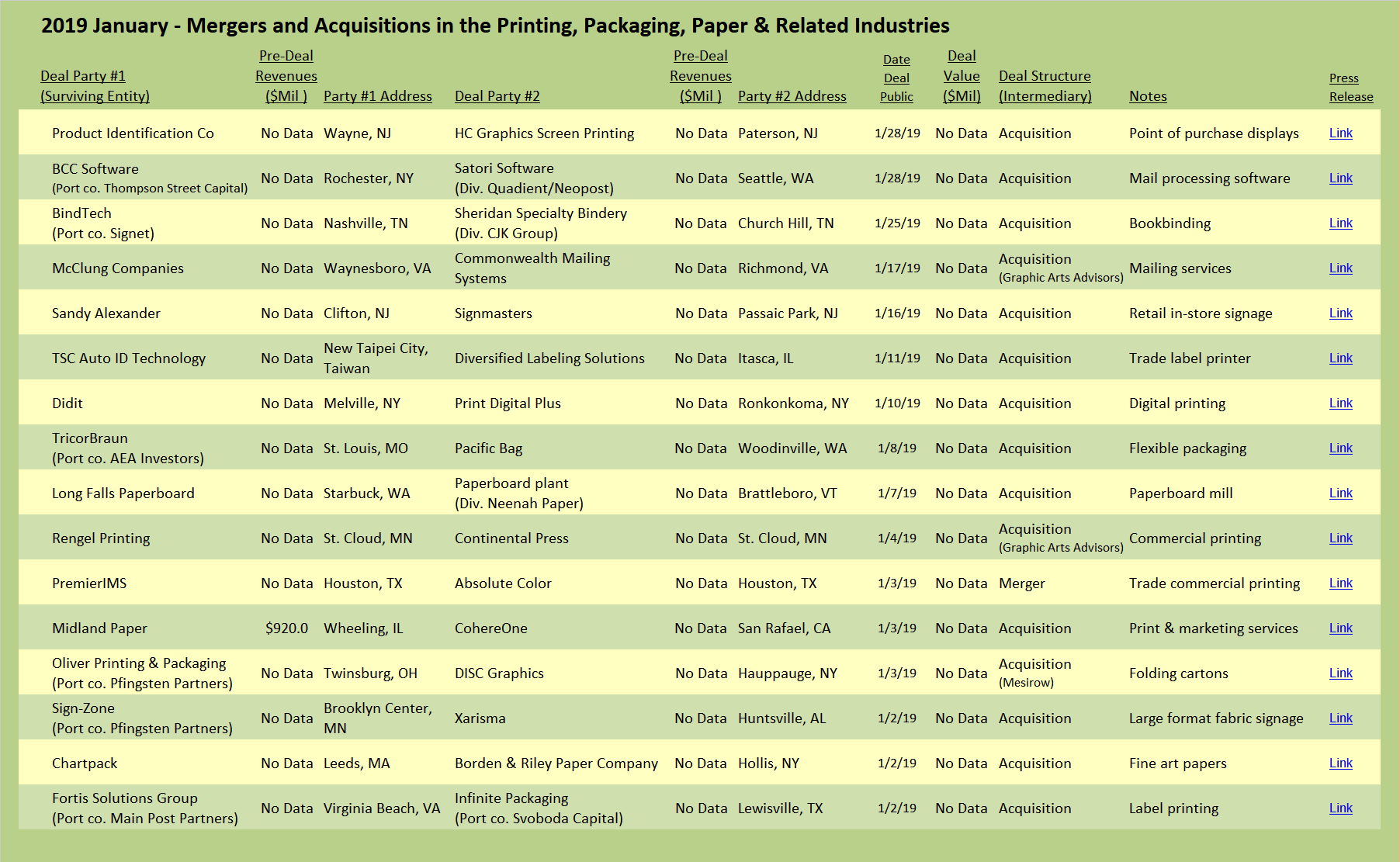