Around the Web: 3D-Printed Food. Font for Dyslexics. Fiction On Demand. “Retail Rashomon.” Virtual Vermeer. Murdering Mercator. The Future from 1988. Stay Away from 536.

Open Source versions of the Creative Cloud applications. A new font aids reading for dyslexics. Yet another take on what’s happening with retail. Cutting Greenland down to size. Futurists in 1988 predict the jobs of the future. Have a time machine? Skip A.D. 536. All that and more in WhatTheyThink’s weekly miscellany.

“I Couldn’t Print Another Thing”

Our friends at Print in the Mix link to a report on research into 3D-printed foods, which allow for “detailed food customization.” They say, “this process is expected to personalize food formulas by being able to customize its shape, dimension, and structure on a micro-level. This could tackle many known eating concerns people may have such as people who have swallowing problems, or people with a wide spectrum of allergies.”

Get Off My Cloud

Want the functionality of Adobe’s Creative Cloud, but don’t want to spend money for it? There are now Open Source alternatives to the various Creative Cloud applications. ZDNet runs down the alternatives, from the decades-old GIMP (Photoshop) to Scribus (InDesign) to BlueGriffon (Dreamweaver) and everything in between.

They say necessity is the mother of invention (even those who aren’t Frank Zappa fans). Designer Christian Boer, who is dyslexic, designed a font called Dyslexie that makes reading easier for dyslexics. Says Boing Boing:

According to his site, people with dyslexia often have difficulties reading because of certain "common reading errors" including "swapping, mirroring, changing, turning and melting letters together." Boer's Dyslexie Font is a typeface with uniquely-shaped letters that remove these common reading errors. 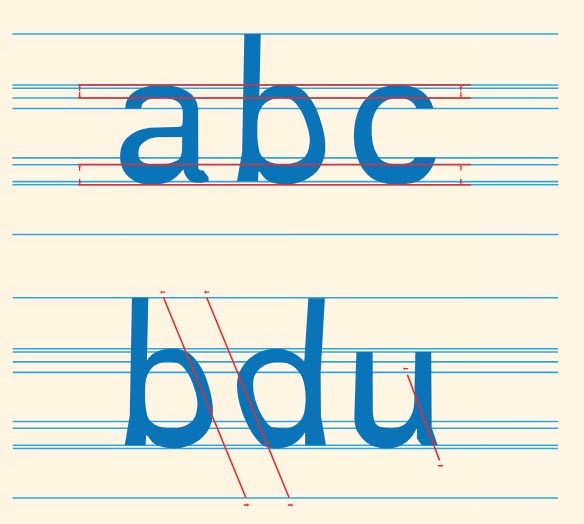 How Much Is That Author in the Window?

It’s a funny joke from The Onion, but actually the late great Harlan Ellison used to do something very similar: sit in bookstore windows and write stories on demand. Because it was Ellison, they were usually very good—sometimes great. They don’t write ’em like that anymore.

Every week seems to bring a new take on what is really happening in retail. The Atlantic weighs in. We won’t rehash it here, but they do use the pleasing phrase “retail Rashomon” to refer to the fact that everyone who studies retail tells a different story about what’s going on.

Girl with an iPhone

If you’re a fan of Dutch artist Johannes Vermeer, Google Images aren’t doing it for you, and you can’t swing trips to the 18 museums as well as all the private collections that house his works, you’ll want to check out the Augmented Reality-based “Virtual Vermeer” museum. Says Gizmodo:

download the free Google Arts and Culture app for iOSand Android. So long as you have a smartphone with a working camera, all you have to do is point your phone at a flat surface, wave it in a circle, and voila—you, too, can have a virtual museum floating above your bed and nightstand. After that, you can pinch and zoom on each of the seven rooms to “enter” the AR museum to view the paintings. Once inside, you can also tap on each painting to zoom in and view information about each.

Nothing Is Where You Think It Is

Those of us who learned geography via maps that used the Mercator Projection have always thought that, based on size alone, supermassive Greenland should have been the world’s superpower. As a result, a trip to truesize.com—which lets you drag and drop different countries and states to compare their true sizes to those of other countries and states—will blow your mind. Greenland could comfortably fit inside Brazil and while Alaska looks like it would completely dwarf Europe, it only really reaches from Spain to Vienna (which is still plenty big). 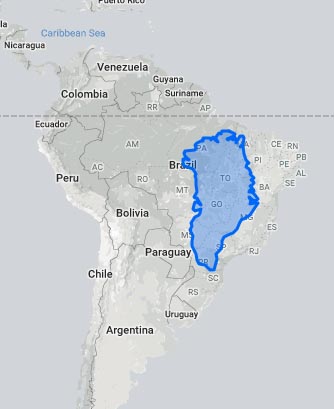 Fans of The West Wing will be immediately reminded of the “Big Block of Cheese Day” episode featuring the Cartographers for Social Equality.

It’s where you’ve been living this whole time.

Cardi B is leaving Offset. Does that mean she's switching to digital printing? (#Printmedia and #printgeek humor) https://t.co/27fjfCGABt

The Future Isn’t What It Used to Be

It’s always fun to look at what the futurists of the past thought was going to happen and compare it to the present. Way back in 1988 (30 years ago), a syndicated newspaper article looked at what the major prognosticators of the day thought the jobs of the future (i.e., today) would be. They were pretty spot on: wellness consultant, lunar astronomer (would that have been so odd in 1988?) and sports law specialist. There were also ocean hotel manager and robot trainer. The article also has some other interesting hit-and-miss predictions of the future.

Still no flying car though.

The Worst Year to Be Alive

There are many contenders for the worst year to be alive—1349 (Black Death), 1918 (Spanish flu), any of the years during the World Wars, the 1850s, and even some more contemporary years could arguably be in contention.

However, in Science, historian Michael McCormick makes a compelling argument for A.D. 536. In that year, a massive volcanic eruption in Iceland did more than stymie John Cleese’s travel plans and make getting to Ipex 2010 a challenge: Europe, the Middle East, and parts of Asia were plunged into 24/7 darkness, which lasted 18 months. Temperatures dropped, it snowed in summer, crops failed, people died, and the economy stagnated for 100 years. Then there was plague and it was not a very happy time. Then the so-called Plague of Justinian—bubonic plague—decimated up to one-half of the Roman Empire, which led to its collapse. In comparison, things look pretty good today!

1930: W1XAV in Boston, Massachusetts telecasts video from the CBS radio orchestra program, The Fox Trappers. The telecast also includes the first television commercial in the United States, an advertisement for I.J. Fox Furriers, who sponsored the radio show.

1980: John Lennon is murdered by Mark David Chapman in front of The Dakota in New York City.

2013: Metallica performs a show in Antarctica, making them the first band to perform on all seven continents. (Master of Penguins?)