How to hurricane-proof your outdoor digital signage. The oldest human drawing. Do parrots know economics? New color from weevils. An optical illusion-based crosswalk thwarts speeders. New arguments for Pluto’s planethood. All that and more in WhatTheyThink's weekly miscellany.

First of all, we entreat all our Mid-Atlantic-/Carolinas-based readers (and contributors!) to say safe as Hurricane Florence makes landfall. As we like to say, usually in the context of business advice, hope for the best, but plan for the worst.

Obviously, ensuring the safety of humans, pets, and other living things is the number one concern in a hurricane. Minimizing property damage is number two. To that end, via the International Sign Association, Watchfire offers some tipsfor preparing your outdoor digital signage for a hurricane.

The evolution of modern communication. 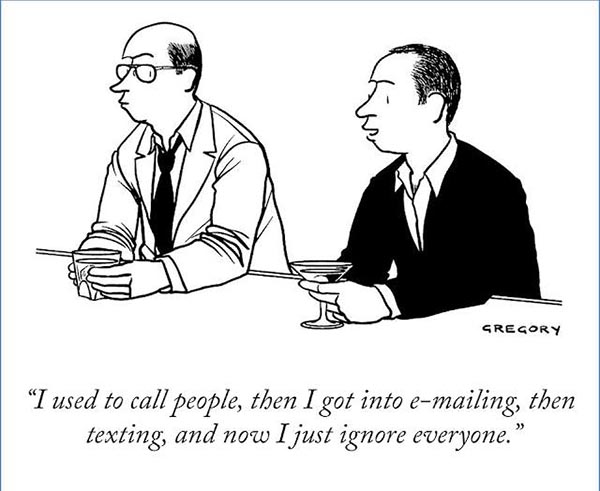 Here’s an oldie but a goodie, for all the designers out there: 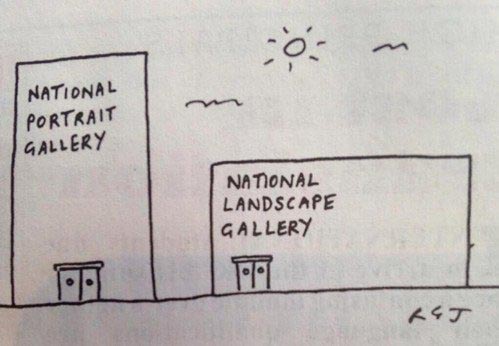 And archaeologists have uncovered what they believe is the oldest “doodle” ever created by Homo sapiens. Found in a cave in South Africa, and estimated to be about 73,000 years old, the artifact is about 30,000 years older than the oldest previously found human abstract drawings. So what is it? Basically, it is nine red lines on a stone flake. 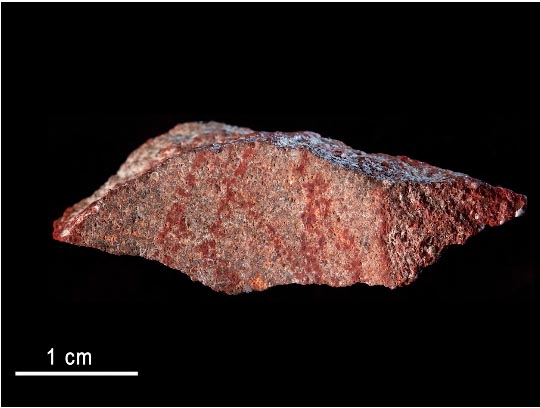 The archaeologists determined that the crisscross pattern was a drawing, not a painting, which is an important distinction: ancient humans made crayon drawings when they wanted to draw symbols without going through the trouble of mixing paint. The cross-cross markings were indeed made with a thin ocher crayon. There is also evidence that this tiny flake was part of a larger stone drawing. Like anyone else, when confronted with abstract art, the first question they had was, “What does it mean?”

From the New York Times:

They cannot say with certainty what the purpose of the drawing was and whether it was mere doodling or if it held some greater meaning. But they have their conjectures.

“I’m convinced they are more than just random marks,” said Dr. Henshilwood. “I think it’s definitely a symbol and there’s a message there.”

They also believe the drawing was made by a member of our species, and not some other hominin, because they have only found Homo sapiens remains in the cave.

The earliest examples of abstract and figurative drawing techniques before this find came from the Chauvet cave in France, the El Castillo cave in Spain, the Apollo 11 cave in southern Namibia and the Maros cave sites in Indonesia, some of which date back to about 42,000 years ago. A recent study has also found Neanderthal paintings made of ocher in Europe that were 64,000 years old.

“Up to now, we didn’t know that drawing was part of these ancient Homo sapiens’ repertoire,” Dr. van Niekerk said.

After watching a New York Timesvideo called “Do Parrots Know Economics?” we think we may have found Dr. Joe’s replacement.

Anastasia Krasheninnikova and colleagues at the Max Planck Institute for Ornithology in Germany tested four species of parrots in an experiment that required trading tokens for food and recently reported their findings in the journal Scientific Reports.

Chimpanzees, monkeys and cockatoos, among other species, can defer gratification. But using tokens for trading had not been tried before in birds, Dr. Krasheninnikova said.

The next great leap in color chemistry may be thanks to...weevils? Perhaps. Says Science Daily:

Researchers have discovered a novel color-generation mechanism in nature, which if harnessed, has the potential to create cosmetics and paints with purer and more vivid hues, screen displays that project the same true image when viewed from any angle, and even reduce the signal loss in optical fibers.

Dr Saranathan examined the rainbow-coloured patterns in the elytra (wing casings) of a snout weevil from the Philippines, Pachyrrhynchus congestus pavonius, using high-energy X-rays, while Dr Wilts performed detailed scanning electron microscopy and optical modelling. They discovered that to produce the rainbow palette of colours, the weevil utilised a colour-generation mechanism that is so far found only in squid, cuttlefish, and octopuses, which are renowned for their colour-shifting camouflage.

Want a good alternative to the speed bump for slowing down traffic? How about freaking drivers out? Such as a 3D-painted crosswalk (aka zebra crossing) that gives the illusion of presenting a major driving hazard:

In the small fishing village of Ísafjörður, a 3D pedestrian crossing was painted last month in an effort to slow traffic on a narrow street. The eye-popping illusion gives the effect of walking on air as pedestrians move from one side of the street to the other. 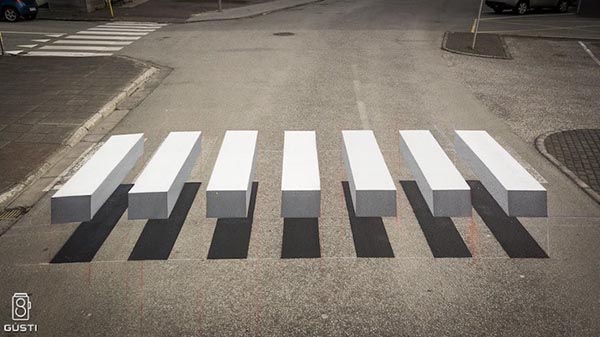 It’s a debate that seemingly won’t end. Back in the 1990s, the first stirrings of anti-planet sentiment regarding Pluto began, and in 2006, the International Astronomical Union redefined what a “planet” is and gave Pluto the boot. Now, new research out of the University of Central Florida finds that Pluto should have its planetary status restored. From Science Daily:

In 2006, the International Astronomical Union, a global group of astronomy experts, established a definition of a planet that required it to "clear" its orbit, or in other words, be the largest gravitational force in its orbit.

Since Neptune's gravity influences its neighboring planet Pluto, and Pluto shares its orbit with frozen gases and objects in the Kuiper belt, that meant Pluto was out of planet status. However, in a new study published online Wednesday in the journal Icarus, UCF planetary scientist Philip Metzger, who is with the university's Florida Space Institute, reported that this standard for classifying planets is not supported in the research literature.

Metzger, who is lead author on the study, reviewed scientific literature from the past 200 years and found only one publication -- from 1802 -- that used the clearing-orbit requirement to classify planets, and it was based on since-disproven reasoning.

He said moons such as Saturn's Titan and Jupiter's Europa have been routinely called planets by planetary scientists since the time of Galileo.

The IAU definition would say that the fundamental object of planetary science, the planet, is supposed to be a defined on the basis of a concept that nobody uses in their research," Metzger said. "And it would leave out the second-most complex, interesting planet in our solar system."

September 10, 1846: Elias Howe is granted a patent for the sewing machine, setting the stage for digital textile printing more than 170 years later.

September 10, 2008: The Large Hadron Collider at CERN, described as the biggest scientific experiment in history, is powered up in Geneva, Switzerland.

September 11, 1789: Alexander Hamilton is appointed the first United States Secretary of the Treasury. The man was non-stop.

September 11, 1922: The Sun News-Pictorial is founded in Melbourne, Australia.

September 12, 1812: American engineer, businessman, and inventor of the rotary printing press Richard March Hoe born. Alas, he would eventually be killed by his own invention.

September 14, 1814: The poem Defence of Fort McHenry is written by Francis Scott Key. The poem would later be used as the lyrics of The Star-Spangled Banner.

September 16, 1959: The Xerox 914, the first successful photocopier, is introduced in a demonstration on live television from New York City.

September 16, 1959: The Xerox 914, the first successful photocopier, is introduced in a demonstration on live television from New York City.