A special fashion model inspires the design industry. A new font for brands encompasses all brands. A new printer technology can print very viscous liquids. An honest stock report. All that and more in WhatTheyThink's weekly miscellany.

More than three years ago, model Madeline Stuart (age 21), who has Down Syndrome, took the fashion scene by storm on the catwalk. This year she is back in force…she’ll walk 10 shows this fashion season for some incredible designers. According to the press release, “Madeline’s journey from teenager to supermodel was made possible by her incredible determination and inner strength. She lost over 50 pounds and made fitness a priority, a challenge for anyone, but especially trying for someone with Down syndrome. Madeline has always believed if you put your mind to something, you can achieve it. She hopes her success gives others reason to dream.”

25 Industries that 3D Printing Could Disrupt

This is an interesting report, and a free PDF downloadis available. While printing and packaging are not listed, there surely are industries in the list where printers and packaging converters already have clients. Perhaps adding 3D printing capability could strengthen those relationships, increase billable services from existing clients, and open the door to new ones. Architecture might be an easy place to start!

Until now, no 2D piezoelectric material has been manufactured in large sheets, making it impossible to integrate into silicon chips or use in large-scale surface manufacturing.

This limitation meant that piezo accelerometer devices -- such as vehicle air bag triggers or the devices that recognise orientation changes in mobile phones -- have required separate, expensive components to be embedded onto silicon substrates, adding significant manufacturing costs.

Do you want a corporate font to enhance a brand but can’t decide whichbrand? How about all of them! Via Boing Boing, Brand Velocity has created Brand New Roman, a “typeface” whose letters comprise corporate logos. There is also an interactive feature whereby you can see how your own brand looks made up of other people’s brands. 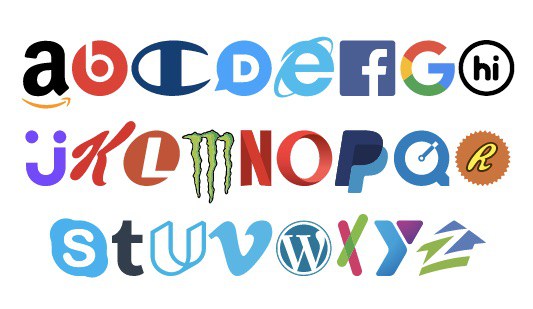 What do you think of our own potential rebrand?

Speaking of fonts, they should always be chosen wisely, lest you inadvertently advertise delicious Sugar Bowels.

A new printer can shoot droplets with 100 times the Earth's gravitational force. From NBC:

A new printing technique designed at Harvard University's engineering school uses sound waves to control and fire droplets from a nozzle with incredible force, allowing researchers to print with liquids thicker and more viscous than ever before.

Honey, stem-cell-based inks and liquid metals all printed fluidly using these vibrations, which come from acoustic techniques that researchers had previously used to levitate liquids, not print with them.

They Grow Up So Fast

It’s a proud day for robotics: iRobot has finally housetrained the Roomba.

This has been in the water supply for decades, but “The First Totally Honest Stock Market Story” resurfaced on a couple of economics blogs this week, namely The Big Picture: 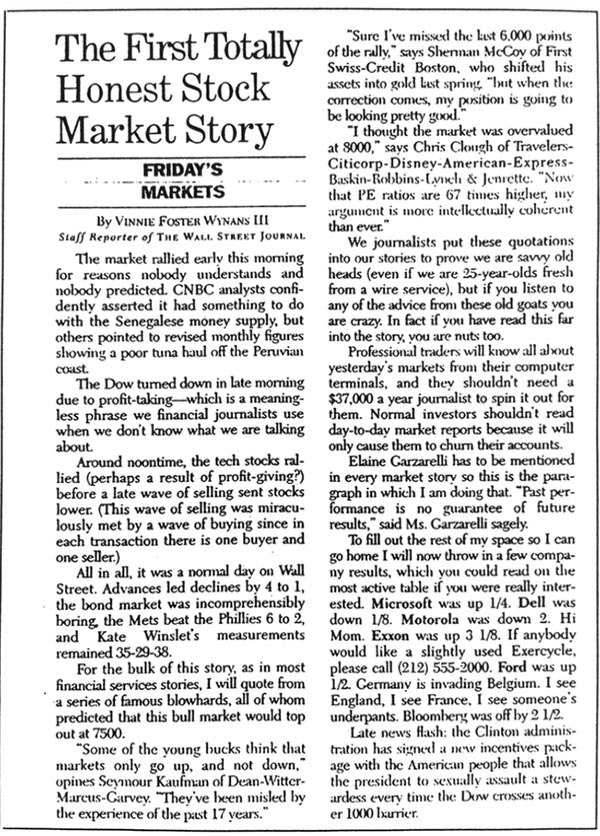 September 4, 1888: George Eastman registers the trademark “Kodak” and receives a patent for his camera that uses roll film.

September 5, 1977: NASA launches the Voyager 1spacecraft. Voyager 1(like the other voyager probes) contained what was called the “Golden Record,” a gold-plated audio-visual disc that contains photos of the Earth and its lifeforms, scientific information, spoken greetings from people such as the Secretary-General of the United Nations and the President of the United States, a medley of "Sounds of Earth" (the sounds of whales, a baby crying, and waves breaking on a shore, in case aliens are into New Age music), and a collection of musical works by Mozart, Blind Willie Johnson, Chuck Berry, and Valya Balkanska. In 2013, Voyager 1 became the first manmade object to leave the Solar System.

September 5, 1929: American comedian and actor Bob Newhart born, who did more for the telephone than Alexander Graham Bell.

September 9, 1947: The first computer bug is found when a moth lodges in a relay of a Harvard Mark II computer at Harvard University.

It would not be the last.