Forbes columnist suggests replacing public libraries with Amazon stores, for some reason. The economic costs of comma misuse. Built-in sun protection for garments. All that and more in WhatTheyThink's weekly miscellany.

Or so suggests Forbes columnist Panos Mourdoukoutas. And not a “virtual” Amazon public library, but physical Amazon Books retail locations. In every community. For free, apparently.  “[There] was a time local libraries offered the local community lots of services in exchange for their tax money.” Don’t know if he has been to a library in the last 30 years (or has ever read Library Journal), but they still do. They still lend print books, but now also ebooks (many even lend the ereaders themselves), audiobooks, and DVDs, as well as offer access to online databases for research purposes. (Public libraries often supplement and complement school and even university libraries which are even more cash-strapped than public libraries.) They also offer classes and instruction in various “maker” programs like 3D printing and coding. Today’s public libraries also offer quiet spaces for remote and telecommuting workers, complete with WiFi.

So all we can say to Mr. Mourdoukoutas, quoting some of our favorite librarians, is “Shush!”

Commas are helpful for avoiding confusion. (There is a current British art-pop duo called Let’s Eat Grandma who named themselves jokingly based on improper comma usage à la the book Eats, Shoots & Leaves.) But, as this story from the BBC illustrates, inattention to comma usage can also be costly:

A dairy company in the US city of Portland, Maine settled a court case for $5m earlier this year because of a missing comma.

Three lorry drivers for Oakhurst Dairy claimed that they were owed years of unpaid overtime wages, all because of the way commas were used in legislation governing overtime payments.

The state’s laws declared that overtime wasn’t due for workers involved in “the canning, processing, preserving, freezing, drying, marketing, storing, packing for shipment or distribution of: 1) agricultural produce; 2) meat and fish products; and 3) perishable foods”.

The drivers managed to successfully argue that because there was no comma after “shipment” and before “or distribution”, they were owed overtime pay. If a comma had been there, the law would have explicitly ruled out those who distribute perishable foods.

Don’t even get us started on the semicolon.

Boing Boing leads us to a link offering a profile of Martin Frost, one of the foremost “fore-edge” painters. For-edge painting is painting on the edges of book pages such that the painting is only visible when the pages are slightly fanned. It’s an art that goes back centuries, and it’s a good thing that it is not a lost art. 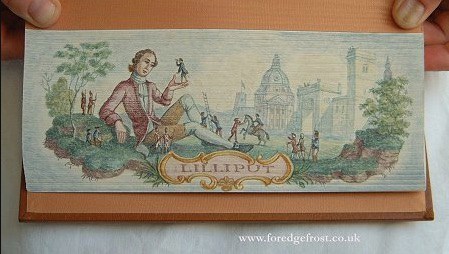 Try that with an ebook. 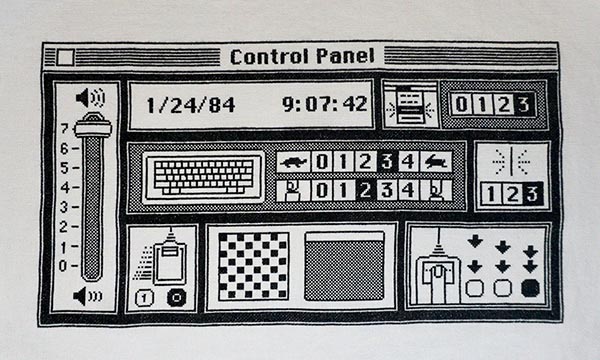 Can Recycled Plastic Clothing Do More Harm Than Good?

With the increasing concerns about plastics polluting our oceans, there are a number of initiatives in the textiles and apparel industry that are attempting to make a difference. Using recycled plastics to create apparel, with unique and/or blended yarns, is one way to do this. But there are downsides. This is a must-read article.

Huntsman Textile Effects is now offering High IQ Sun Protect for an Ultraviolet Protection Factor of 50+. High IQ Sun Protect is a fabric treatment that can be applied at the mill to ensure maximum sun protection. The company states that it does not impair the natural aesthetics of the fabric, and prolonged exposure to sunlight and multiple laundering will not degrade the protection or fade the colors.

Remember the “Y2K” crisis, back when the calendar was switching over from 1999 to 2000 and there was widespread concern (and some fear, and no small amount of complete freaking out) that the computers wouldn’t be able to handle it and we would all jump back in time 1900 (or something like that)? It ended up being the non-event of the millennium, but apparently Japan is facing a similar crisis, which hopefully will be as much of a non-event as Y2K was.

It all has to do with the impending abdication of Emperor Akihito. Next year, he will step down and his son Naruhito will ascend the throne. Says the Guardian:

But that brings problems. For one, Akihito has been on the throne for almost the entirety of the information age, meaning that many systems have never had to deal with a switchover in era. For another, the official name of Naruhito’s era has yet to be announced, causing concern for diary publishers, calendar printers and international standards bodies.

It’s why some are calling it “Japan’s Y2K problem”.

Microsoft issued a software update in April that let developers test what would happen to their software after the era switches over. Steele warned coders of what to look out for: “Some algorithms attempting to count the years during a transition year may not consider the possibility of two partial Japanese Calendar years, in two different Calendars Eras, within the same Gregorian year,” for instance. Other applications may crash if they try and parse a date which will never exist – for instance, 40 of the Heisei era, which will actually be year 10 of the next era.

July 25, 1837: The first commercial use of an electrical telegraph is successfully demonstrated in London by William Cooke and Charles Wheatstone.

July 25, 1976: The face that launched a thousand conspiracies: Viking 1 takes the famous Face on Mars photo. 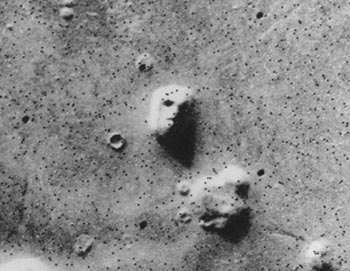 July 27, 1866: The first permanent transatlantic telegraph cable is successfully completed, stretching from Valentia Island, Ireland, to Heart's Content, Newfoundland. They could now communicate with each other to their heart’s content.

July 27, 1940: What’s up, Doc? The animated short A Wild Hare is released, introducing the character of Bugs Bunny.

Panos Mourdoukoutas Op Ed in Forbes has been taken down due to his ill informed writing.

The initial information that was presented in the Op Ed was flawed in that it stated "Technology has turned physical books into collector’s items". Obviously he doesn't understand the stacks and stacks of research that demonstrates that learning takes place with physical print over digital content.

I recently visited the local public library due to some "technology challenges" I experienced. It was awesome to see the number of children reading "the classics" Dr Seuss. There were older folks, doing computer work, one lady was playing solitaire on the computer. There were teenagers in a maker's lab. There were job hunters doing research and getting resume help.

As Print Service Providers we should all make a regular practice of supporting (and visiting) our local library system.