There was a time when I could describe lenticular imaging thusly: “You know those prizes that used to come in boxes of Cracker Jack, little cards that if you held it one way it displayed one image and if you held it another it would flip to another image?” It was a low-tech 3D effect or animation, kind of the analog equivalent of an animated GIF.

There was a time when I could describe lenticular imaging thusly: “You know those prizes that used to come in boxes of Cracker Jack, little cards that if you held it one way it displayed one image and if you held it another it would flip to another image?” It was a low-tech 3D effect or animation, kind of the analog equivalent of an animated GIF. Well, as I chronicled over at The Digital Nirvana last summer, Cracker Jack doesn’t include physical prizes anymore, having replaced them with a sticker containing a QR code. So it goes. Lenticular imaging, though, still exists in both small- and large-format, and Agfa Graphics has introduced a new system called 3D Lens Technology for its Jeti Mira flatbed printers that digitally creates a kind of lenticular imaging.

Traditional lenticular images are produced using a plastic sheet that contains long,  thin cylindrical lenses called lenticles. These lenticles are only millimeters wide or smaller. Beneath the lenticles is a printed sheet containing one or more images that have been sliced up into tiny stripes that are the same width as the lenticles. They are interlaced such that each stripe lines up with a lenticle. The lenticles then refract the image so that from one angle you see one image, and from another you see a different one. This imparts a 3D effect or a very simple animation. Lenticular is a variety of what is known as autostereoscopic imaging—or, in essence, “glasses-free 3D display.” The challenge with lenticular imaging is that registration of the interlaced image to the lenticle sheet has to be precise.

Agfa’s 3D Lens Technology, which was introduced two years ago, takes a slightly different approach. Instead of printing long, thin cylindrical lenticles, it prints tiny transparent dots that function as tiny lenses, using a moiré pattern to impart a 3D effect to an image. And rather than mount the printed image to a plastic sheet of lenticles, it prints the lenses directly using clear varnish.

The software interfaces with Agfa’s Jeti Mira flatbed UV printer, currently one of two Agfa units that have varnish printing capability (the Jeti Titan is another, although the 3D Lens Technology is still being developed for the Jeti Titan). The 3D Lens software ships with the Jeti Mira and does not need to be purchased separately.

Once the proper pattern is created in the software, it is output in two passes; the image itself is printed on a white background (the Jeti Mira also prints white ink) on any kind of clear acrylic or polycarbonate substrate, the sheet is flipped, registered, and then the pattern of tiny lenses is printed via the clear varnish.

“You print by layering up the varnish to get the height that you need to create a 3D effect,” said Babak Amoozgar, Jeti Applications Specialist for Agfa Graphics. “Since it’s done with varnish, you don’t need special lenticular media.”

The 3D effect itself is governed by a combination of substrate thickness, lens size, and lens height. Agfa offers three substrate thicknesses—3mm, 5mm, and 9mm—and for each thickness there are two different lens widths and six different depths. Different combinations will yield different effects, from an image that “pops” out of the background, or, conversely, appears to sink into the background. Printing both the image and the lenses is said to take between 20 and 30 minutes, depending on how much layering is required to build the lenses to the correct height.

One advantage to using a circular dot pattern rather than traditional lenticles is that registration doesn’t need to be as precise. “Even if your pattern is misregistered slightly, you’ll still get the pattern,” said Amoozgar, and the effect will still work.

The smallest image that can be printed is about two inches by two inches, with the largest being the maximum board size of the Jeti Mira, which is about 106 by 60 inches.

At present, the effect works best on very simple images, like geometric shapes. “You won’t be able to get someone’s face, for example, in 3D, because there’s too much detail,” said Amoozgar. “Usually vector images work best.”

The effect adds depth to a flat image, or even causes the background to change as the viewer walks past it. “We can change the color background,” said Amoozgar. “It turns green, then as you walk past it turns purple, then back to green.”

Although interlacing two different images—perhaps the emblematic lenticular application—isn’t yet possible with 3D Lens Technology, Amoozgar says it’s on the horizon. “In the future, we will have the lenticular feature where you can have the image switching, and that will be done though varnish. But that’s still in development,” he said.

The goal is to make signage dynamic without needing to monkey around with dynamic digital signage. “It’s hard to get someone to look at a sign because most of the image is static,” said Amoozgar. “If you have a moving background, it will capture more attention.” He also cited one Agfa customer who is using 3D Lens Technology for fine-art applications—much like the Digital Atelier used lenticular printing for fine art back in the 1990s—and others are using it for décor. “We’re seeing more use in interior design applications,” said Amoozgar, “such as displays in buildings and front-desk backgrounds in offices.”

Future applications could include billboards, but that is still some years away. 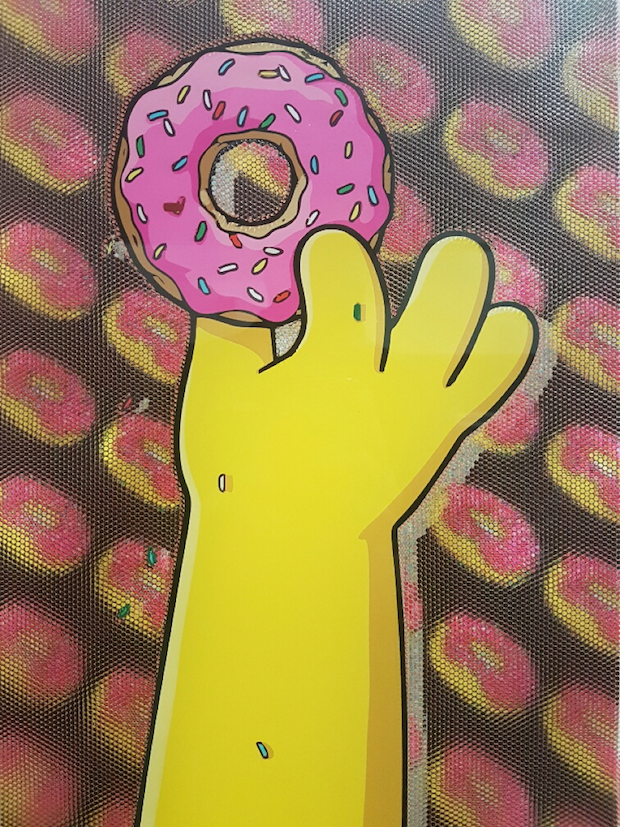 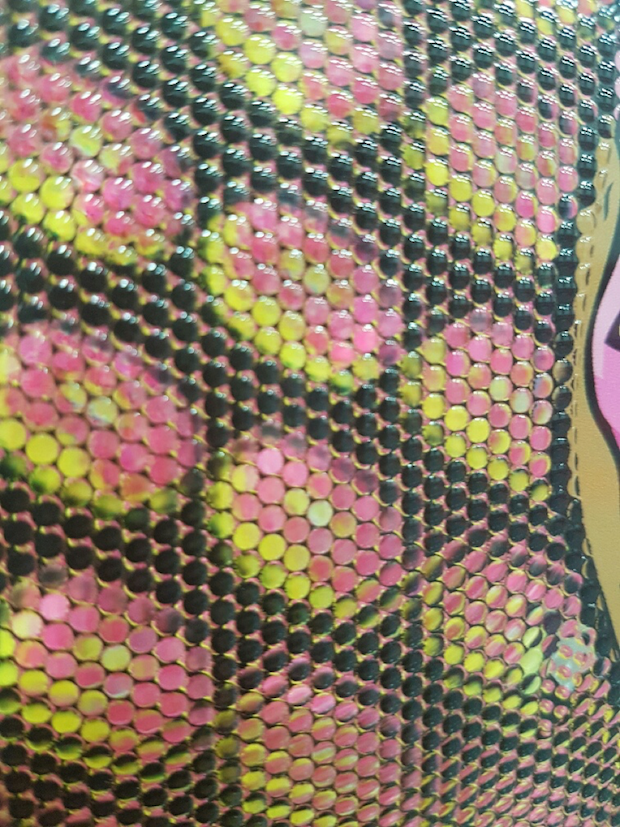