The Thread that Connected Washington, DC and the Smithsonian Institution With Cal Poly

I recently returned from Washington, DC after witnessing, firsthand, the opening of the 19th and final Smithsonian Institution museum on The Mall, the National Museum of African American History and Culture (NMAAHC). I was part of a group of 32 people, mostly from San Luis Obispo (California) County, who attended. We were all there, not only to witness history in the making, but as a tribute to The Late Joe Schwartz, former lithographer and “street photographer,” whose photographs became one of the first and one of the only permanent exhibits adopted by the Smithsonian Institution to be prominently displayed at the Museum.

I recently returned from Washington, DC after witnessing, firsthand, the opening of the 19th and final Smithsonian Institution museum on The Mall, the National Museum of African American History and Culture (NMAAHC). This event directly overlapped Graph Expo, one of perhaps two Graph Expos I’ve missed in nearly 35 years. Featured at the Museum were photos from a book published at Cal Poly as well as the book itself.

What makes my visit significant is that the NMAAHC is likely to go down as the most significant of all Smithsonian Institution museums. It defines the spirit of the United States today, emanating from the sacrifices and rich contributions that African Americans have made to the rise of America as one of the most diverse nations of the world, with the potential further growth of diversity and inclusivity in the years to come.

I was part of a group of 32 people, mostly from San Luis Obispo (California) County, who attended. We were all there, not only to witness history in the making, but as a tribute to The Late Joe Schwartz, former lithographer and “street photographer,” whose photographs became one of the first and one of the only permanent exhibits adopted by the Smithsonian Institution to be prominently displayed at the Museum. Schwartz’s work chronicled the plight of the “have-nots” of America from the 1930s to the 1980s with a focus on African Americans. Schwartz’s mantra was “we can all get along” regardless of race, religion, ethnicity, gender, or age, and his work demonstrates this. The Smithsonian Institution selected 181 of Schwartz’s photographs that are displayed in his book, “FOLK PHOTOGRAPHY—Poems I’ve Never Written.”

The book was published in the year 2000 at Cal Poly in San Luis Obispo in what is now the Graphic Communication Institute and part of the university’s Graphic Communication Department. All prepress work including scans, converting the black & white photos to duotones, and platemaking took place in Cal Poly Graphic Communication labs. The printing industry supported the production of this 240-page book as a testimony on how images in print can possibly influence societal attitudes and change. Printing, under the supervision of Cal Poly faculty, was contributed by what was then Blake Printery on a 40-inch Heidelberg Speedmaster press. Potlatch Corporation donated acid-free paper, and Kodak contributed the printing plates.

Without the book, the Joe Schwartz exhibit would not have happened. Hence, The Late Joe Schwartz and his book published at the university is the link that has connected Washington, DC and the Smithsonian Institution with Cal Poly. 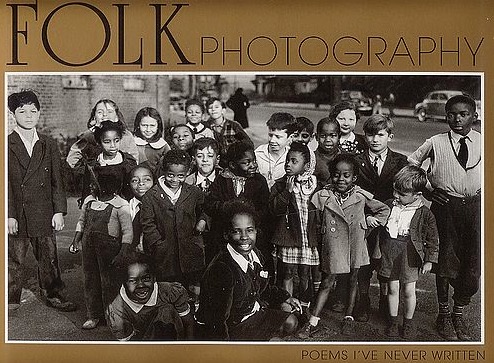 A 240-page volume with 335 duotone images of Joe Schwartz Photo League photographer; one of the largest collections of social historical photographs to be compiled in one publication by a single photographer.

About the Museum Opening

People came from all over the nation to experience the opening of the NMAAHC and to be part of history. People of color, of diverse ethnicity, and of different religions attended. The young, the old, those with special needs, and others attended. Months ago, when online tickets were made available to attend the opening, over 25,000 were taken in the first few minutes. Tens of thousands of Americans crowded the Washington, DC Mall on all sides of the Museum to hear tributes from leading Americans. President Barack Obama, former President George W. Bush and Mrs. Laura Bush made presentations at the opening ceremony. Dr. Shirley Ann Jackson, Vice Chair, Smithsonian Institution Board of Regents and President, Rensselaer Polytechnic Institute gave opening remarks, as did Congressman John Lewis. Oprah Winfrey recited poetry, and Founding Museum Director Lonnie Bunch addressed the attendees. Angélique Kidjo sang “Redemption Song.” The legendary Stevie Wonder performed. Patti Labelle sang Sam Cooke's iconic, “A Change Is Gonna Come.”

Though the photography of The Late Joe Schwartz has appeared at art galleries and museums throughout the nation, it has now been experienced by tens of thousands of visitors to the NMAAHC during its opening days, and will continue to be experienced by Americans and visitors from around the world in the months and years to come.

Our group spent several days together and participated in three formal dinners, one of which was attended by the Congresswoman from Central California, The Honorable Lois Capps who was presented with a matted Joe Schwartz photograph entitled, “Emotions, so much the same,” and a copy of Schwartz’s book.

Capps said, “I am thrilled that Joe Schwartz — and by extension, Cal Poly and the Central [California] Coast — is part of this incredibly important museum. The NMAAHC will connect all of its visitors to our country’s history and help us better understand and connect with our neighbors. I think these values of awareness, unity, and understanding, are deeply reflected in Joe’s work.”

The Late Joe Schwartz, who passed away in 2013, four months prior to his 100th birthday, has been called an American hero because of the message of “unity” among races that his photos convey and encourage.

While the NMAAHC has received enormous national coverage by all of the major broadcasters and print media nationally, one had to be there to fully comprehend the significance of this undertaking: a one-half billion dollar project encompassing over 500,000 square feet on four levels, written into law 13 years ago and funded by Congress.

I represented Cal Poly in our group as a Professor Emeritus for the role that the university played in publishing the Schwartz book, and was accompanied by Professor Camille O’Bryant, Associate Dean of Cal Poly’s College of Science and Mathematics.

The lessons taught at the NMAAHC can also be an inspiration to Cal Poly in pursuing the university’s diversity goals. O’Bryant said, “The fact that Cal Poly recognized Joe Schwartz’s work and contributions at our first ever colloquium on diversity and inclusion several years ago is really significant. It shows that we can learn a lot about how people can and should come together and see how our differences make us stronger as a community.”

I conclude by noting that this learning came from a printed book.