After doing a multi-year stint managing the established imaging and printing businesses for HP, Steve Nigro is back doing what he loves – running a start-up business. His current role is President, 3D Printing, at HP, Inc., with worldwide responsibility for creating and scaling HP’s 3D business. 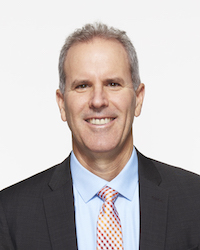 You may remember that about a year ago, HP announced what it describes as disruptive technology for 3D printing, also referred to as Additive Manufacturing (AM). At the time of the HP split, HP, Inc., formed into three business units as recently explained by VP and General Manager, PageWide Web Press, Eric Wiesner. 3D printing is one of those units, and when I recently spoke with Nigro, it was clear that he was energized by his new assignment. “It’s quite a change going from running all of the print businesses with more than $20 billion in global revenues to running the 3D startup inside HP,” he said, “and I am super excited about it.”

Nigro explained that over his HP career, he has often been in start-up mode, beginning with the first color inkjet printers in 1986 when he was involved with moving production from the U.S. to Singapore when the business was rapidly expanding, and then the creation of the graphics business for HP. “Start-ups is what I really enjoy doing,” he says. “And given the importance of 3D printing to the future of HP, it is a great place to be.”

According to Nigro, the first product to use HP’s Multi-Jet Fusion technology is still on track to be introduced in the second half of 2016. It uses PageWide technology with a novel approach that HP claims is up to 10X faster than anything else on the market. It will have the ability to deliver precision resolution and mechanical strength that is best in class relative to any other 3D printing technology in the market today. “We are embracing an open platform as we put the system together,” he says, “so that it will be an end-to-end solution with technology from HP and partners in the materials arena. Ultimately, when you are making a 3D product, materials are incredibly important.” 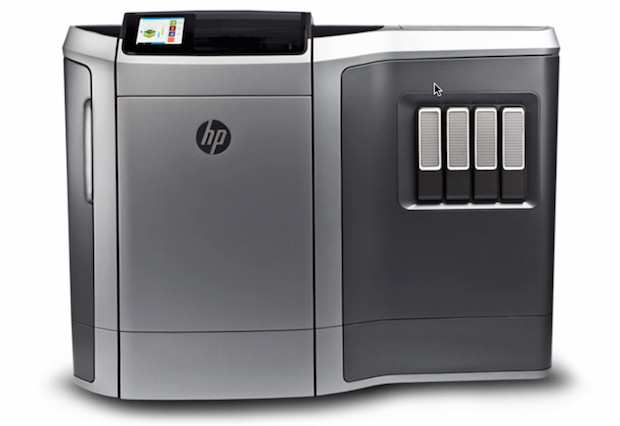 When asked about the current state of the market and the role HP hopes to play, Nigro said, “Today the market is primarily prototyping with the promise of final part manufacturing or production, and it is the latter that people get really excited about. The journey will be very similar to what we experienced in the graphics business. Digital printing enables the production of something that is just not practical to do from an analog standpoint; photo specialty books are an example. You move to digital production either to produce something you can’t produce cost-effectively by traditional means, or you determine the classic breakeven point where something moves from analog to digital. 3D printing will be no different.”

In addition to creating parts on demand, as it were, or prototyping, Nigro cites a GE Aviation example of creating a design with 3D printing that you couldn’t really feasibly do using analog approaches. In 2016, GE’s CFM LEAP aircraft engines will have 19 3D-printed fuel nozzles in the combustion system that could not be made any other way. They will be 25% lighter than predecessor parts and comprised of one part instead of 18; they will also feature more intricate cooling pathways and support ligaments that are expected to result in 5X higher durability versus conventional manufacturing. Wow.

In another example, Nike’s 2015 NFL Combine Cleats are printed using 3D technology making them the lightest game-day shoe that Nike has ever produced, again something that could not be done conventionally.

I was hoping that with drupa 2016’s emphasis on additive manufacturing that perhaps we would see the new HP 3D printer there, but that doesn’t seem to be in the cards. Shows like EuroMold, which is also conducted at Messe Düsseldorf, are more likely venues, at least at the outset, according to Nigro.

Although 3D printing was in Nigro’s organization prior to his assuming this new role, he states, “In a start-up operation, you have more time to get deeper into the industry and talk to customers and partners. That helps to crystallize the strategy and thinking. Since you are basically starting with a clean sheet of paper there are many decisions to be made, and you get more into determining where you want to point your finite resources. There are many exciting possibilities when you are changing the future, but you have to figure out the few things you will be able to do really well. It’s a lot more dynamic and uncertain than running a more mature business, but it is also very exciting.”

I also wondered about color in the world of 3D printing. Nigro points out that the standard language that is used to describe 3D parts dates back to the 1980s and hasn’t really advanced much. That means that people have to come up with their own add-ons. “The industry needs more advanced standards to better describe a physical object,” he says, “and that includes color. In the last year, a consortium has formed, 3MF, with founding members that include HP, Autodesk, Microsoft, 3D Systems, Shapeways, Dassault Systemes, netfabb, SLM, Siements, Stratasys and Materialise. The mission is to develop the next-generation standard which will include the ability to describe color and other attributes in a consistent way, down to the voxel level, with voxel being the 3D equivalent of pixel in the graphics world.” HP’s first product will be monochrome, but Nigro assured me that color is in the plans for the future, and the company is already gathering requirements from customers.

Another issue in the world of 3D is protection of intellectual property (IP). Let’s say you are able to download the plans for a kitchen cabinet knob from Home Depot and print it at home or at a nearby service bureau. What is to prevent you from printing hundreds and selling them yourself? Just as we had to tackle this issue in the graphics business (remember the Kinko’s kerfuffle from the early 1990s?), the 3D industry will also need to address this critical issue to make sure that designs are secure.

With inkjet printing, HP started at the low end and worked its way up. With 3D, the company is starting at the high end. I asked Nigro if I would be having an HP 3D printer in my house in the future. His response: “I think we will evolve it over time. The first product is targeted at the commercial market, starting with prototyping and nudging into the production space. Over time, we can go up or down with the technology. Those are some of the things we are debating. What makes sense from a market standpoint: driving more productivity, versatility, scale, cost? We can go either way, but we need to figure out what is best for the market and for our business.”