Direct, early access to the real decision-maker – not someone whose power is limited to saying “no,” but the person who has the authority to say the final “Yes” – It’s the Holy Grail for professional B2B salespeople. And it has gotten harder and harder to gain. 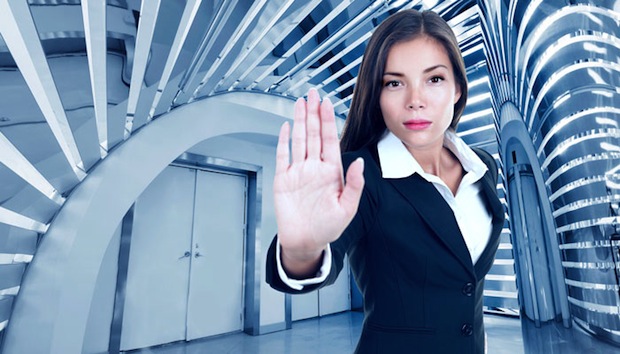 Direct, early access to the real decision-maker – not someone whose power is limited to saying “no,” but the person who has the authority to say the final “Yes” – It’s the Holy Grail for professional B2B salespeople. And it has gotten harder and harder to gain. You’ve seen the statistics already. The buying process is often 50% to 75% complete before a company that’s planning a purchase reaches for a supplier or a salesperson. And the era of the salesperson as technical expert or as animated brochure is well behind us. This has companies looking at their B2B sales organizations and questioning the expense. Few have figured out a clear alternative, but the intensity with which they are looking is high.

And yet, I have the privilege of coaching B2B salespeople who grow their books of business year-over-year, and who typically sell over $1 million in new business each year even though their individual transactions (invoices) rarely exceed five figures, and their annual contracts (for those who sell them) rarely exceed the low-six figure range. For small and medium-sized companies, that’s excellent performance. So what gives? Aren’t these salespeople faced with the same challenges that you or your salespeople face? What are they doing differently to reach and engage real decision-makers? At least the following three things:

1. Play the Long Game The first thing they are doing is playing the long game. Yes, they track and report their near-term deals as their companies expect. But none of these top performers believe that simply working the basic system and developing deals is nearly enough. They do that, but they don’t stop there. These salespeople will track purchasing cycles, contract renewal dates, product lifecycles, customer performance, customer initiatives, and other customer timelines as much as three years in advance. For the salesperson who is a midrange performer, that’s inconceivable. And yet the top-performer’s thinking and tracking aligns perfectly with the planning cycle for their own companies and for their customers. Here’s how: (Fair warning, there’s a very short lesson in corporate finance and corporate culture involved. But it will be valuable, so indulge me for a couple of paragraphs.)

Except for startups that take virtual products and services to market, there’s a maximum sustainable growth rate most companies include in their planning. (Startups face sustainable growth limits too, but their models work differently. Development speed is often their constraint.) For most, the sustainable growth rate tends to hover around 25% per year. That may not seem sexy until you do the math. That means that the company can grow to 3X its original size in five years, and 9X in ten years. For most small and medium-sized businesses, that’s great performance. It’s especially remarkable if it is doable debt-free. Those, by the way, are the sorts of businesses Warren Buffett finds compelling.

Debt-financing to fund and fuel growth is expensive and restrictive. While interest rates are low at present, the covenants lenders require companies to honor are incredibly restrictive. Venture capital is more expensive and nearly as restrictive. Therefore, the wisest way to fund growth is to do it from retained earnings – from profits that are held inside the company rather than distributed to owners or shareholders in some fashion. It’s not sexy, but it is wise, and companies that do it tend to have strong balance sheets. So that’s one reason that the sustainable growth rate hovers around 25% per year – you can only accumulate retained earnings so fast.

There’s another reason, and it is cultural. Few companies that deliver tangible (rather than virtual) products and services can scale faster than that. There’s a long list of companies that serve as case examples (or cautionary tales) who radically exceeded that rate. A great case study is the defunct airline, People’s Express. People’s Express imploded because it grew so rapidly it couldn’t onboard enough new staff without diluting the culture that enabled its early growth. When it failed, the “old timers” were people who had been part of the company for more than 12 months. There was no institutional memory. And as the culture got diluted the company failed to deliver the customer experience the brand had promised and previously delivered. Customers who had been raving fans defected, and the rest is history.

Since their customers and prospective customers tend to work on the same sorts of cycles, top-flight salespeople work to engage customers about their long-term initiatives and development plans. They want to know what’s going to happen, not just what’s already happening. That’s the only remaining method to insure that you’re already in the conversation when the customer begins to recognize an approaching need. But you cannot do this effectively unless you’ve invested the time and attention to understand the customer’s business (current performance, challenges, threats, objectives, initiatives, priorities), as well as the effort to develop relationships long before you begin to propose anything. You play the long game to earn your way into those relationships.

2. Network Up The second thing that top-flight salespeople consistently do is set the bar for network connections and developing relationships higher and higher. When I help salespeople analyze, map, and understand their networks, the salespeople who fail to reach higher often surprise me. Salespeople tend to reach a comfort zone dealing with people at a given level in their customer and prospect companies. And I often hear them express fear of “going over the heads” of their primary contacts both in their current customers and in their prospective customers. It’s terribly short-sighted.

A few months ago I had a memorable conversation with an excellent salesperson who was terrified at the prospect of trying to create a C-level relationship. In private he shared that he had no idea what he would talk about in a conversation with someone at that level. I asked him to describe in detail what he knew about one of his largest customers where he felt vulnerable to a new competitor. The depth of what he understood about the customer’s business was startling. While his relationships were all at the middle-management level and below, his understanding of how the customer did business and where the company struggled was very deep. I asked permission to pull the CEO of the salesperson’s own company into our conversation to listen. I then asked the salesperson to repeat the overview. He talked for fifteen minutes with a lot of energy about the customer company. I then turned to his CEO and asked him for a piece of unfiltered feedback. I asked the CEO to tell the salesperson whether that understanding would be valuable and welcome if he had been the top executive of the customer organization. Without a minute’s hesitation, the CEO looked at his salesperson and said this: “You’d be priceless. You have the kind of deep understanding that a CEO fights to get, and from which he or she is usually insulated. Once I knew that you had this kind of insight, I’d keep you in easy reach. And I’d reach for you.” The salesperson was amazed.

Those relationships take some courage to create, and they must be earned. But earning them becomes possible if you’ve invested the effort to sharpen yourself, and the effort to understand the customer’s situation in depth.

SPIN Selling has been called the best sales book ever written to date, and it may well be. But what’s too often missed about Rackham’s brilliant model is digging deep enough into the customer’s situation at the beginning. Salespeople exposed to SPIN Selling get enamored with the “I” (Implicate) and then begin from an understanding that’s too shallow. Unless and until you understand the customer’s circumstances (their situation – the “S” in SPIN Selling) well enough to understand what will drive their decision process, you could implicate a need that’s too small to motivate action. The need may be real, and the solution may be a great fit. But if there are larger drivers afoot, your whole effort could get shelved as simply not important enough. That’s a wretched place to be.

3. Get Visible Many salespeople have described a fear of being highly visible inside their customer’s and prospective customer’s organizations. That one baffles me. Yes, I’ve listened carefully. Yes, I’ve heard them worry that if they were too visible they would become targets for unfavorable attention of some kind. But, honestly, I just don’t get it. Here’s why:

One of my LinkedIn endorsements is from a friend long-retired whose company was a client of mine very early in my sales career. I did millions of dollars of business with his firm, with an average invoice of only about $10,000. And I was the only seller that cultivated a relationship with the firm’s principals, him included. I worked very hard not only to understand his business model and industry segment, but his business specifically. And that understanding enabled me to offer a perspective he couldn’t easily get elsewhere. It was my earliest experience of learning to “speak truth to power / authority.” But it paid off handsomely for him, for me, for his firm, and for the company I represented. I was as thoroughly insulated from competing sellers as I could have dreamed. And I earned that relationship every day by making myself visible, listening constantly and carefully, and thinking hard about my client’s business.

Being visible means being known as a valuable resource by more than the direct users of your product or service. And that means being known well beyond those who manage the buying process (whether “purchasing,” “procurement,” “strategic sourcing,” or “supply chain management.”) Those who are affected by your products and services need to know you too, and that certainly included executives. They need to understand that you’re there to create value in advance of and in excess of the value you expect to receive in return. And they need to know that you’ll welcome it if and when they reach for you. They cannot reach for you if they cannot see you.

Top-flight B2B salespeople are involved far earlier in decision processes than the marketing automation folk tend to see. When they have relationships that are deep, high, and in advance of an approaching need, they are able to help frame the discussion of the approaching need, and even the framework within which a solution will be applied. And it is social networks and social selling resources that enable salespeople to identify, understand, approach, and engage real decision-makers long before a buying process begins.

So the question is: what do your relationships look like with your customers and prospective customers? Are you playing the long game? Are you networking up? And are you getting more and more visible? If not, why not?

What do you think?