“3D printing has captured the imagination,” said Steve Nigro, Senior Vice President of HP’s Inkjet and Graphics Solutions Businesses, introducing HP’s 3D printing platform. He added that HP would only be getting involved in 3D printing if they had a technology that was an improvement over what else was on the market. 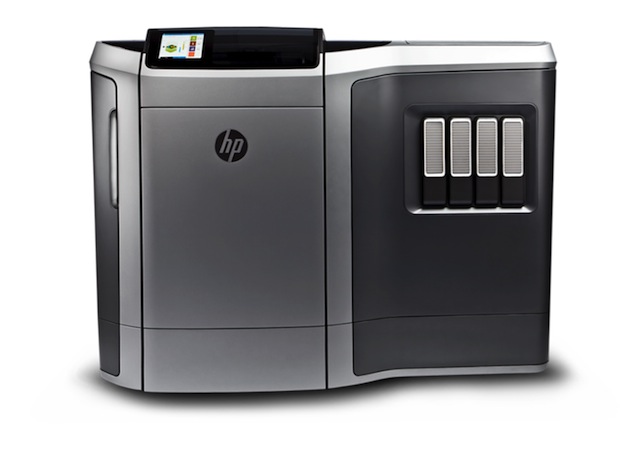 The HP Multi Jet Fusion platform is the company's entrée into the 3D printing space.

Enter Multi Jet Fusion. It is an inkjet-based approach to deposition: a page-wide print bar deposits ink droplets at a rate of 350 million drops per second at 21-micron precision (compared to 200 to 400 microns common to laser sintering-based approaches to 3D printing). The drops are fused, and the print bar then applies another layer—and on and on until the object being printed is complete.

The new platform is said to be 10 times faster than current 3D printing technologies, with improved quality, and lower cost. For comparison purposes, to print 1,000 gears (with a diameter of about an inch or so) takes 83 hours using material extrusion, 38 hours using laser sintering, but only three hours using Multi Jet Fusion, according to Nigro. 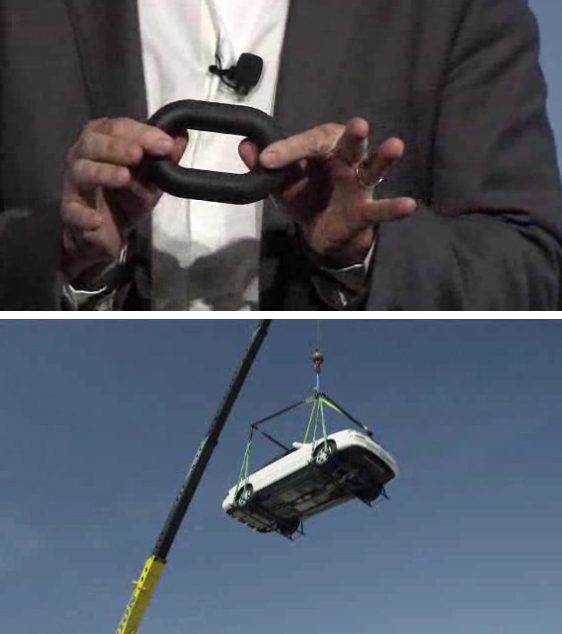 A chain link, printed on the Multi Jet Fusion in under 30 minutes, was used to suspend an HP engineer's car from a crane, demonstrating the mechanical robustness of the printed part.

The quality advantages, Nigro said, include precision and robust mechanical properties. To demonstrate the latter, a chain link printed using Multi Jet Fusion—output in 30 minutes and weighing half a pound—was attached to a crane and used to hoist a mid-size sedan in the air. The rub: the car belonged to one of the system’s engineers. Now that’s an employee review!

“The car was fine and he’s still driving it,” said Nigro.

In terms of market positioning, Nigro said that Multi Jet Fusion wasn’t necessarily aimed at the consumer 3D printing market, but rather, designed for industrial applications, such as manufacturing parts and other objects.

One potential application is a kind of web-to-print approach to 3D printing. Peter Weijmarshausen, CEO of the Shapeways 3D printing marketplace and community, spoke about how the lower costs of the Multi Jet Fusion system can result in lower-priced products and parts for Shapeways customers and users. Shapeways is a portal whereby a designer uploads a 3D design which is then printed.

A unique feature of the Multi Jet Fusion platform is that it is designed as an open platform. As part of what HP calls its “Customer Engagement Program,” customers and users themselves will be integral to helping design and develop its features and functions. Nigro said that the timeline for development will be to send out beta units throughout 2015 and then formally introduce the system in 2016.

“It will change the landscape of 3D printing,” said Nigro. “But that’s just the start.” HP is already working on improvements and additional features, such as adding color—even using multiple colors in the same printed object—changing mechanical properties of printed parts, such as elasticity, and adding textures.

Joked Dion Weisler, executive vice president of HP’s Printing & Personal Systems (PPS) and moderator of the HP launch event, “The printer will print itself. We only have to make one of them. It will replicate itself like Star Trek.”

A self-replicating 3D printer was predicted by WhatTheyThink analysts last April 1. Perhaps it is not an April Fools’ joke after all!

Is There a Sprout in Your Future?

The second announcement at the event was Sprout by HP. This is an implementation of immersive computing that helps make the creation experience 3D rather than the 2D experience we have grown used to with today’s computing platforms. 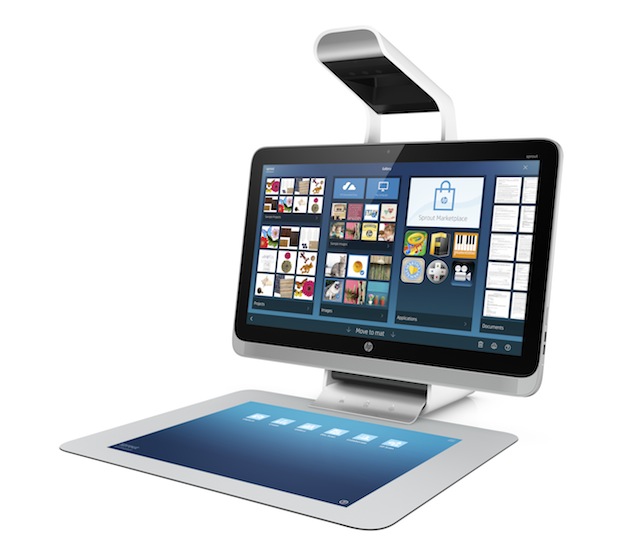 HP's Sprout is defined as an "Immersive Creative Playground" that combines vertical and horizontal touchscreen displays, as well as a 3D scanner.

The unit combines a scanner, keyboard, depth sensor, high-resolution camera and projector into a single device that creates an immersive playground. It’s one of those things, that when you see it, you say, “I have to have one.” It will be available in selected Microsoft and BestBuy stores next weekend as a technology demonstration, and for sale on November 9th. Sprout is already available for pre-order on HP.com for $1,899. HP plans to create a “curated experience” in-store for visitors that will allow them to experience the seamlessly integrate system in what HP calls an “iterative learning loop.”

Key partners in development include 3M, Texas Instruments and Intel. An SDK for Sprout, which encompasses 71 different patents, is being released today, and is also an open development environment.

Ron Coughlin, senior vice president, Consumer PC & Solutions, noted that while Sprout today is a “desktop” environment, it is the “dawn of a platform that will be extended to other form factors,” including mobile devices.

Sounds like a trip to a Microsoft store or BestBuy is in order!